Between May 7 and May 12 the Tron price plunged  from $0.15 to $0.117. During this downward surge, TRX managed to flip the 20-day SMA from support to resistance. Plus, the parabolic SAR was reversed from bullish to bearish. TRX has since found healthy support at the 50-day SMA.

As things stand, the Tron price has found support at the 50-day SMA and seems to be hugging along this curve for the previous four days. During this time period, TRX has risen slightly to $0.126. The MACD shows increasing bearish market momentum, which shows that current sentiment is negative.

In the four-hour Tron price chart, TRX has a pretty robust resistance barrier at $0.132, which sees a confluence of the 50-bar and 200-bar SMAs. In fact, the 200-bar SMA has crossed over the 50-bar SMA to form the bearish cross, so a further drop could be in the cards, In this case, the 20-bar SMA is a crucial point of support.

TRON founder Justin Sun took to Twitter to announce that the blockchain platform currently boasts the issuance of over $30.9 billion Tether (USDT). It’s now the largest Tether supply managed by any particular blockchain. 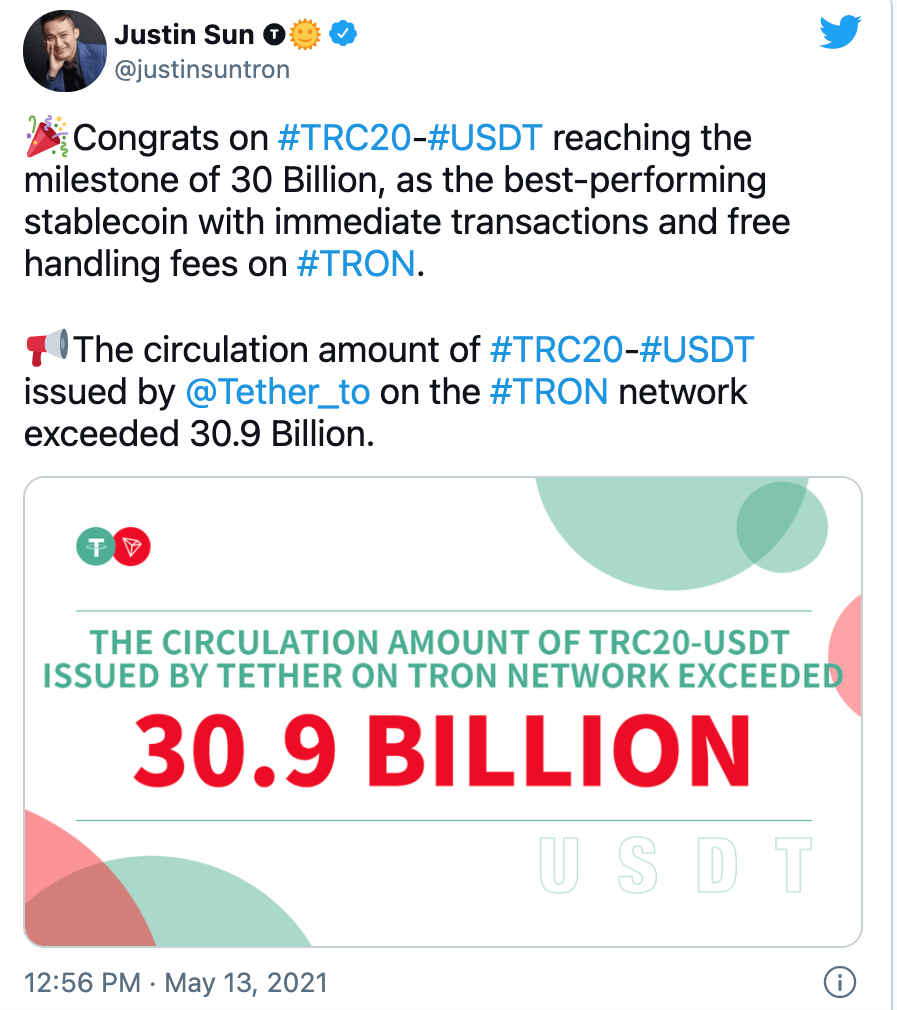 Congrats on TRC20-USDT reaching the milestone of 30 Billion, as the best-performing stablecoin with immediate transactions and free handling fees on TRON.

Tether is a stablecoin backed on a 1:1 basis with the USd, meaning it’s always worth $1. The stablecoin is issued on over eight other blockchains. These include Algorand, Bitcoin Cash, EOS, Ethereum, Liquid Network, Omni, Solana, and Tron, each with varying fees and settlement speeds.

The Tron milestone came on the back of Tether releasing its backed assets data for the first time in its nearly seven-year history. The coin’s issuer, Tether Global, has been the subject of controversy in the past years, with critics alleging Tether might be not backed by dollars at all.

However, the breakdown shed light on the backing. It stated a bulk of Tether’s reserves were in cash, cash equivalents, or other short-term deposits, with the remainder in secured loans, corporate bonds, and ‘other’ investments. 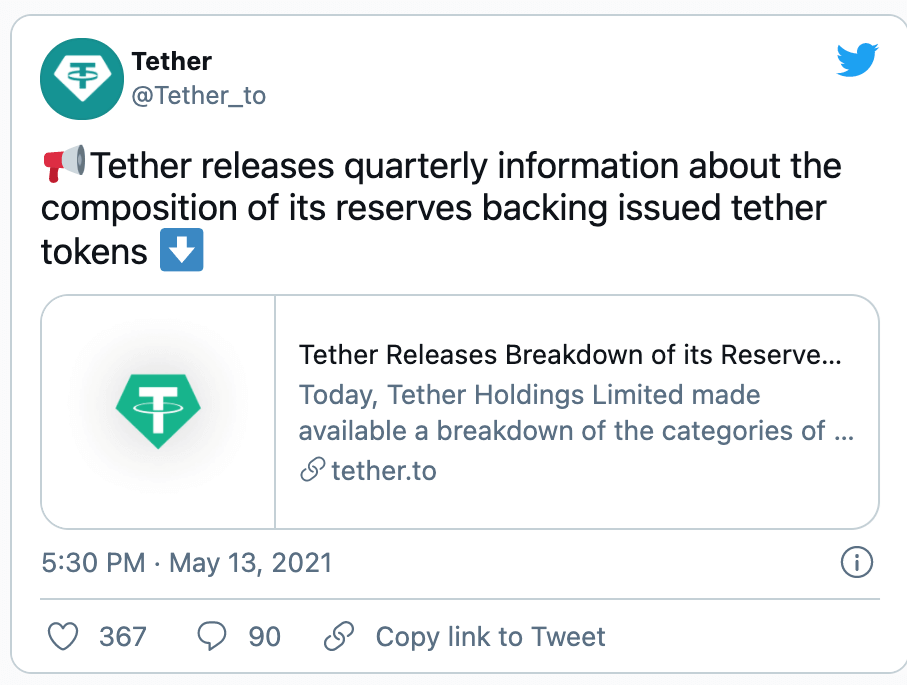