Tron Technical Analysis: TRX On The Verge Of Entering $0.070

Tron Price Buyers In Control For The Second Straight Day

In the 4-hour Tron price chart,  TRX is comfortable hovering above the green Ichimoku cloud. The relative strength index (RSI) is trending at the edge of the overbought zone. This tells us that if TRX jumps a bit more, it will get overpriced.

The Tron network has been widely regarded as the "Ethereum killer" in the crypto community. However, existing data show that Tron is nowhere close to being compared to Ethereum right now. A recent report from Tron highlighted that Tron added 2.3 million new addresses this week. However, TRX’s active addresses have been constantly falling. They were down by 1 million in the last few days.

On the other hand, Ethereum’s active addresses have been rising, with over 120 million addresses at the moment. 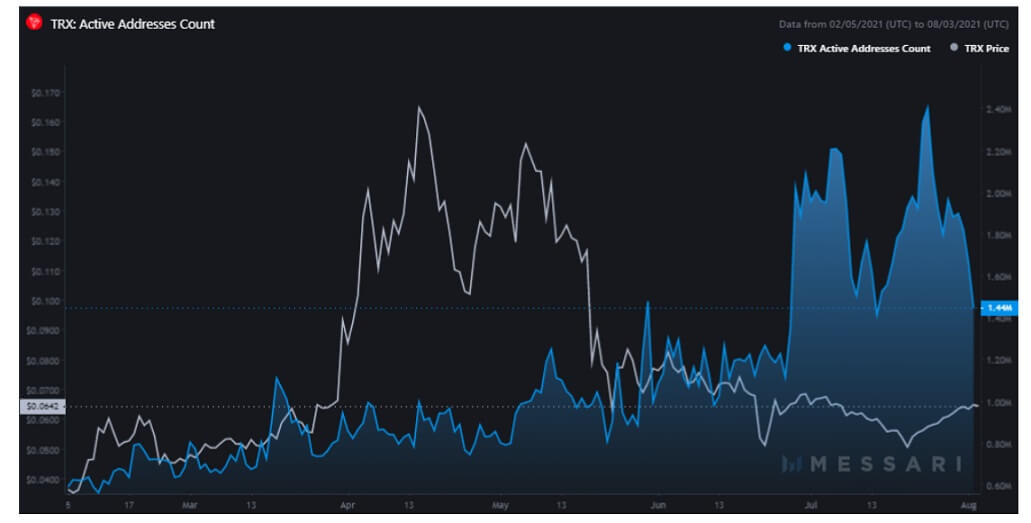 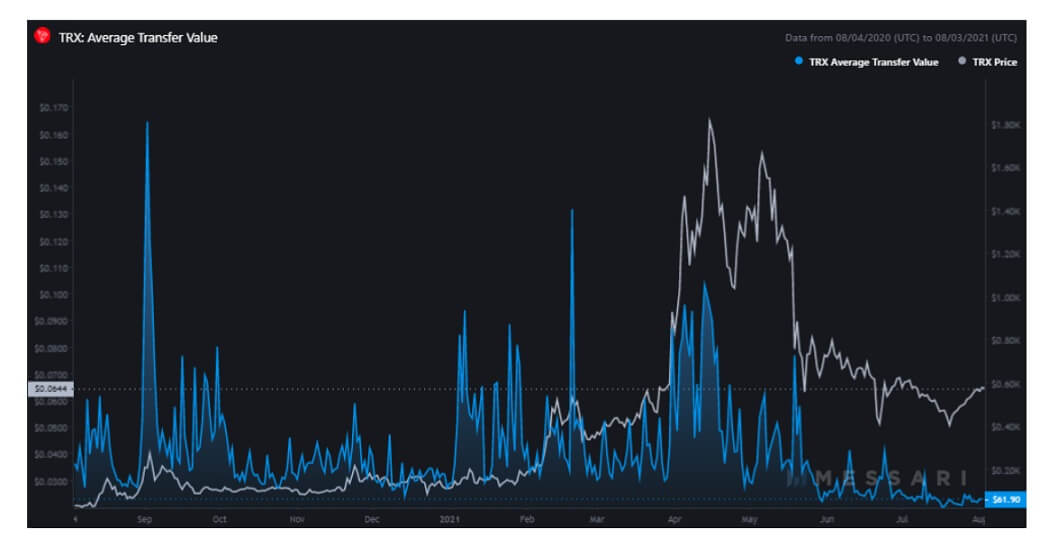 The community is losing faith in the altcoin as well. Investor sentiment, for instance, has been on a consistent downtrend, especially since April.

Additionally, TRX’s real volumes were at a 7-month low too, plummeting from almost $3 billion to $76 million. These drops are not insignificant either as they practically shape the status of the “Ethereum killer.”