Waves continues to outperform many altcoins in the market. The rebound from the recent dive at $10 has seen the price hit another new all-time high of around $23. If the technical picture remains unchanged or improves, WAVES will extend the bullish leg to levels above $30.

Waves has formed an inverted head-and-shoulders on the four-hour chart. According to Investopedia, “this pattern is identified when the price action of a security falls to a trough and then rises again; finally, the price falls again but not as far as the second trough.” Following the last trough, the prices start to lift, heading to the resistance (neckline).

A move above the neckline signals a potential sharp move to higher levels. Large spikes in the volume validate the breakout. The inverted H&S is a highly bullish pattern used to predict the shift from a downtrend.

Note that Waves has already broken above the neckline resistance. However, it has run into a barrier at the all-time high of $23. At the time of writing, the token teeters at $21 and will likely retest the neckline resistance turned support. A bounce from this level has the potential to send Waves to $30 in the wake of a 45% upswing. 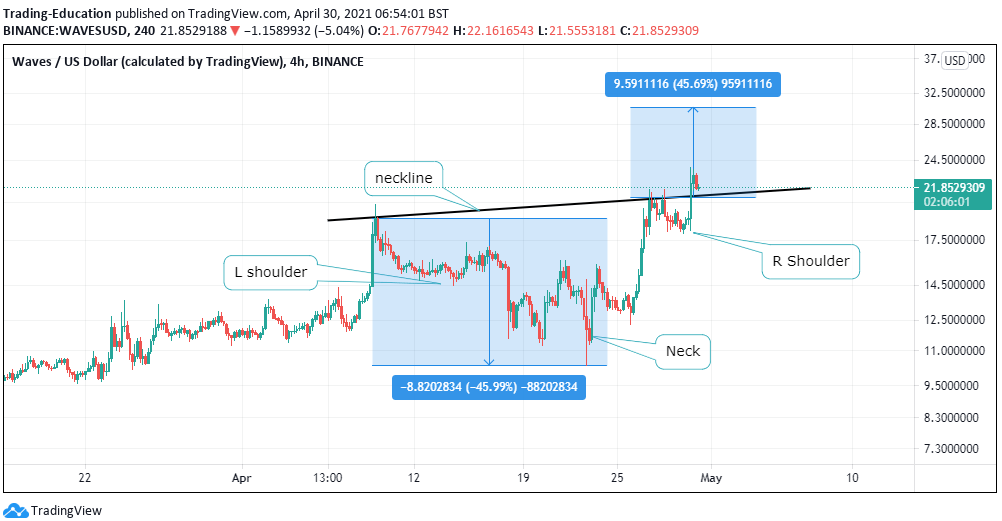 The Moving Average Convergence Divergence (MACD) indicator on the same four-hour chart shows buyers are in control. Their influence has been affirmed by the indicator striking higher highs within the positive region. Moreover, the MACD line (blue) has recently broken above the signal line, thus adding weight to the bullish outlook. 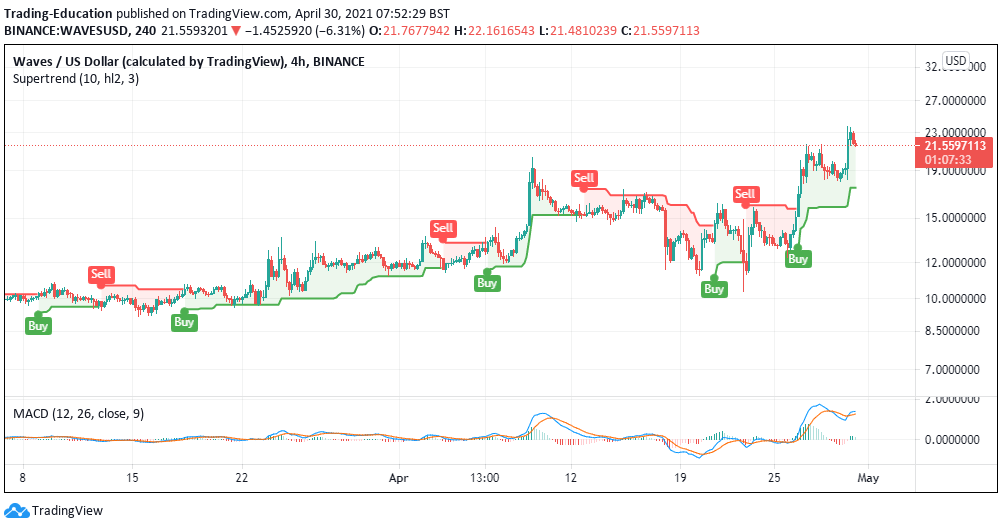 The same bullish narrative has also been reinforced by the SuperTrend indicator’s call to buy. As long as the colour remains green and the indicator stays under the price, bulls will have the upper hand.

It is worth mentioning that neckline support is crucial to the uptrend. Therefore, it must be guarded at all costs. Trading below this level would lead to a significant technical shift amid rising selling pressure. Other support areas have been highlighted at $19, $15, and the primary anchor at $10.