An Analytical Guide To Investing In NEO In 2021

NEO started off as AntShares in 2014, but the founders, Da Hongfei and Erik Zhang decided to redesign the network. The new crypto, NEO, has been called China’s first-ever blockchain. NEO was able to comply with the Chinese regulations and gain the support of the government. NEO is top-ranked crypto and is ranked  23rd worldwide. Hailing from China, it has completely infiltrated Asia's cryptocurrency market and is a coin that investors watch like a hawk.

We will get more into how these factors drive the price of NEO but first why NEO?

NEO is an open-source blockchain network and a cryptocurrency. The NEO network envisions a smart economy. According to the founders, the smart economy can be achieved through digital assets, digital identity and smart contracts. The economy will integrate the three components in an efficient manner. The way to achieve it is through the utilization of blockchain technology.

NEO has been renamed the “Chinese Ethereum”. The name, NEO, is of Greek origin and it means new in the native language which is apt because of the resemblance it bears with Ethereum.

Ethereum and NEO were both designed to be platforms that are focused on smart contracts. However, their key differences are many. NEO is definitely the more-advanced version as it offers plenty of features which sets it apart from the crowd, and especially Ethereum. NEO supports a plethora of programming languages as it aims to make the decentralized apps accessible to all. Ethereum lacks this diversity in the languages offered and only supports Solidity.

Although NEO has not even come close to beating the queen when it comes to usage of decentralized apps, NEO has been striving to improve the platform and improve the user interface. The Head of Development at NEO, John deVadoss, had stated that NEO is focusing more on quality rather than quantity as they envision a platform for developers that is easy to utilize and accessible. The team behind NEO is constantly working on developing upgrades that would improve the platform.

The transaction fees are optional at NEO. Users can choose to pay a minimal network fee during peak traffic for their transaction to be prioritized.

One of the shortcomings usually found in major cryptocurrencies that NEO has tried to overcome is that of flexibility. The network of NEO has a dual-tiered token system. NEO and GAS, both are utilized in the network to improve the feasibility.

The possession of NEO altcoins ensures ownership to users, whereas GAS altcoins are used for operations. Both NEO and GAS are cheaper when compared to major coins like Bitcoin. The network is also faster as it takes only 24 seconds for transactions to process.

NEO has incorporated a new consensus mechanism into its network called the Delegated Byzantine Fault Tolerance (dBFT). In the dBFT, some nodes are identified as Bookkeepers. The Bookkeeping nodes are responsible for verification of transactions. After the Bookkeepers verify transactions, they are displayed on the public blockchain and only accepted when a majority of the nodes verifies it too.

The throughput of the Delegated Byzantine Fault Tolerance mechanism is fast. NEO can process around 1,000 transactions per second which is an impressive number when compared to Bitcoin’s 6 tps or Ethereum’s 12 tps. Moreover, NEO’s team is still working on the speed of the network. The network aims to achieve a whopping speed of 10,000 transactions per second with their upcoming upgrades.

In a new upgrade in May of 2020, some major changes were introduced to be made to the network. A new governance model was to be put in place. This new governance model would enable the NEO community to elect a committee of twenty-one members who would act as representatives of the whole community. The committee of twenty-one members would gain powers to vote upgrades and or changes to the system. As a token of appreciation, GAS coins will be rewarded to users who vote. It was also proposed that seven out of the twenty-one members would also act as consensus nodes and after achieving a majority vote, they will have veto powers over decisions.

NEO also provides users with the opportunity to earn passively. By staking NEO, users can earn GAS tokens every year. This concept of passive earning is kind of similar to earning interest via banks, but the rate of return offered by NEO is better.

What Drives The Price Of NEO?

Investment is very similar to a gamble, and each move has to be well-thought and calculated. But when it comes to the cryptocurrency world, this already-hard task becomes even harder because cryptocurrencies are notorious for their volatile fluctuations. It is hard to predict their future. For any investor, novice or expert, the price-determining factors are extremely crucial as these factors can clue us in on the future trends of prices.

NEO has been called the “Chinese Ethereum”. It is also China’s first blockchain network. Chinese and Korean investors had a key role in the 2017 boom of cryptocurrencies. Before then, approximately 75% of Bitcoin trading originated in China. The government likes to maintain tight control and was not happy with this. Many strict regulations were introduced and the cryptocurrency market in China was put on a tight leash.

As NEO is referred to as the official cryptocurrency of China, it has garnered the support of the government as it complies with regulations. The investment share from China in the crypto market is big, given the considerable population of China. The Chinese government is already sceptical of other cryptocurrencies so any sanctions or regulations imposed on other cryptocurrencies could bring NEO under the spotlight as the most viable option for cryptocurrency investment. Also, any positive decision from the Chinese, government and people alike, can really boost NEO’s adoption and, ultimately, its value.

As the first cryptocurrency, Bitcoin cannot be disassociated when talking about the cryptocurrency market. The king of cryptocurrency has a stronghold on the market and as well as other cryptocurrencies. NEO has a correlation coefficient of 0.77, where 1 is the strongest correlation. This means that changes in Bitcoin prices affect the price of NEO greatly.

Investors of NEO also need to watch out for Ethereum as NEO has been called an Ethereum upgrade, both the coins face strong competition from each other. On the flip side, Ethereum has established itself in the cryptocurrency market as well; after all, it is known as the queen of cryptocurrencies. The strong base that Ethereum has will pose a challenge for NEO as NEO is relatively newer. Increase in the prices of Ethereum can cause a downward shift in the price of NEO. 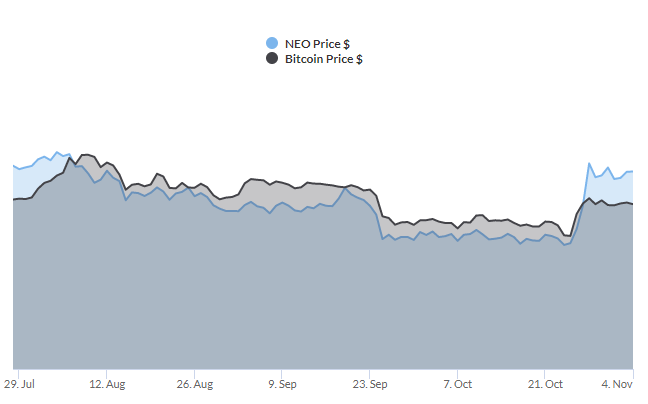 Prices of goods and services are determined in the market when supply and demand meet. Scarcity is what drives the prices of a commodity upwards. Cryptocurrencies are unique than other goods and services in this regard as they have a hard-capped supply. The restricted supply really brings out the element of scarcity which, ultimately, causes their value to go up.

The supply of NEO is hard-capped at 100 million out of which 70 million is already in circulation. This leaves only 30 million NEO tokens. Hence, NEO is scarce, and this scarcity will only increase over time as the supply cannot be altered. The limited supply of NEO would be a factor that will drive its price up.

Would You Consider Investing In NEO?

NEO is currently priced at $18.211. The beginning of 2020 was not good for NEO but throughout the year NEO has been trying to catch up and has been on an upwards trajectory. NEO peaked at around $25 towards the end of the year. 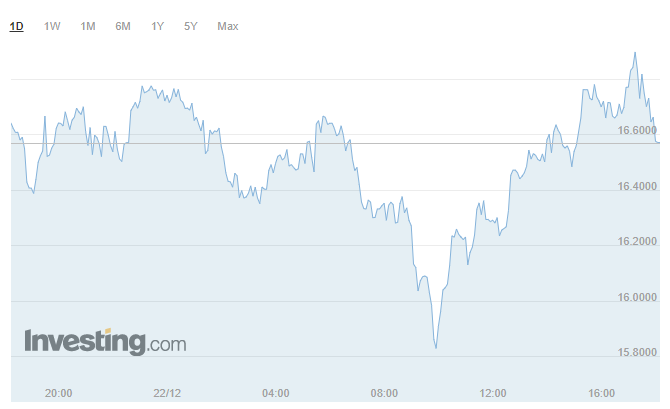 The future of NEO seems bright because of a number of reasons. The cryptocurrency has strong backing by the Chinese government, and moreover, it has been cited to be more technologically-sophisticated than Ethereum and the likes. 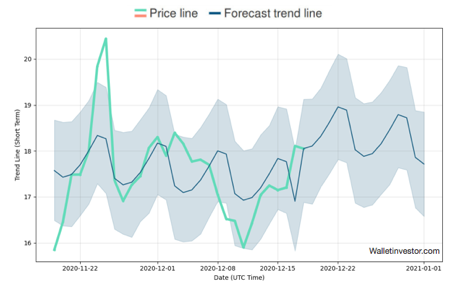 Walletinvestor’s short-term forecasts do not appear to be very optimistic. NEO is expected to stay in the $17 and $19 range through the beginning of the new year. 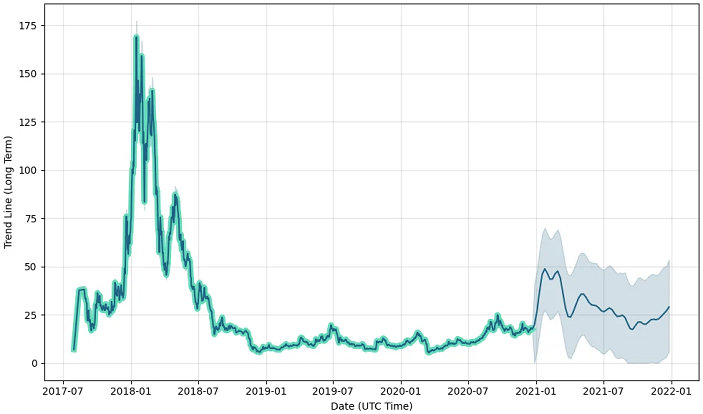 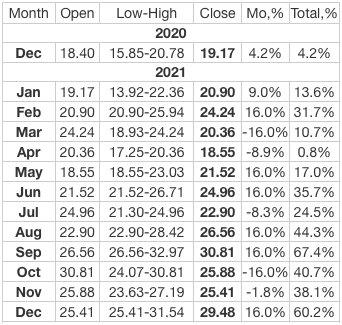 Trading Beasts predict an average price of $16 for the year 2021.

Read More: Neo Price Prediction — How Much Will It Be Worth In 2021 And Beyond?

Pros & Cons Of Investing In NEO

Pros of investing in NEO:

✅ NEO is China’s first-ever blockchain and has the Chinese government’s approval.

✅ NEO bears many similarities to Ethereum but is also more technologically-advanced than Ethereum.

✅ NEO is fast and cheap and top-ranked in the market.

✅ NEO provides developers with the option of coding in multiple languages

✅ Through the digital identity, all entities are verified on the NEO network, which makes NEO compliant with regulations.

✅ The platform is quantum-computing resistant.

✅ NEO has partnered with some big names like Microsoft and Alibaba.

Cons of investing in NEO:

❌ The coin faces intense competition from Ethereum, which has a massive user base.

❌ Tensions with the Chinese government can affect the prices.

❌ The number of bookkeeping nodes is very small, and the power is concentrated with the handful of bookkeepers

❌ There are concerns about the decentralization of the cryptocurrency as the developers hold a good amount of the tokens.

Invest in NEO With eToro 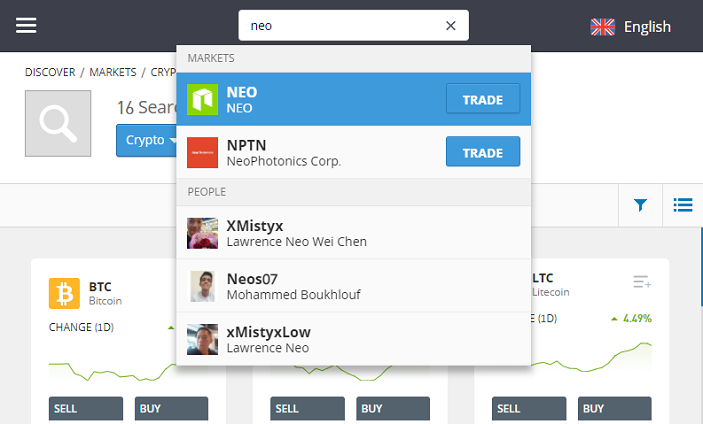 Many experts and analysts point towards a bright future of NEO, and the majority of the predictions are positive. If you are thinking of investing in NEO, this might be the time. NEO price predictions above are optimistic and investing now in NEO could really be profitable in the near future.

With that said, if you are looking for a trading platform, then look no further. eToro is one of the biggest trading platforms in the market. eToro charges nominal commissions and provides a plethora of features that are suited for experts as well as for new traders.