Over the last three weeks, Stellar has sustained its price action within an ascending parallel channel. Despite the up-trending market, the international money transfer token had its fair share of barriers and pullbacks. The most recent resistance prevented XLM from stretching to brush shoulders with $0.8.

After running into a barrier at $0.75, a correction came into the picture. At the time of writing, Stellar trades at $0.68 while bulls struggle to defend the ascending channel’s middle boundary support. Protecting this support means that XLM will focus on the resumption of the uptrend to $0.8.

However, massive losses are bound to come into play if the channel’s middle support breaks. The Moving Average Convergence Divergence (MACD) adds credibility to the downward price action.

For instance, the indicator suffered rejection from the recent high at 0.029 and currently moves toward the midline. Additionally, the MACD line is crossing beneath the signal, strengthening the bearish grip. 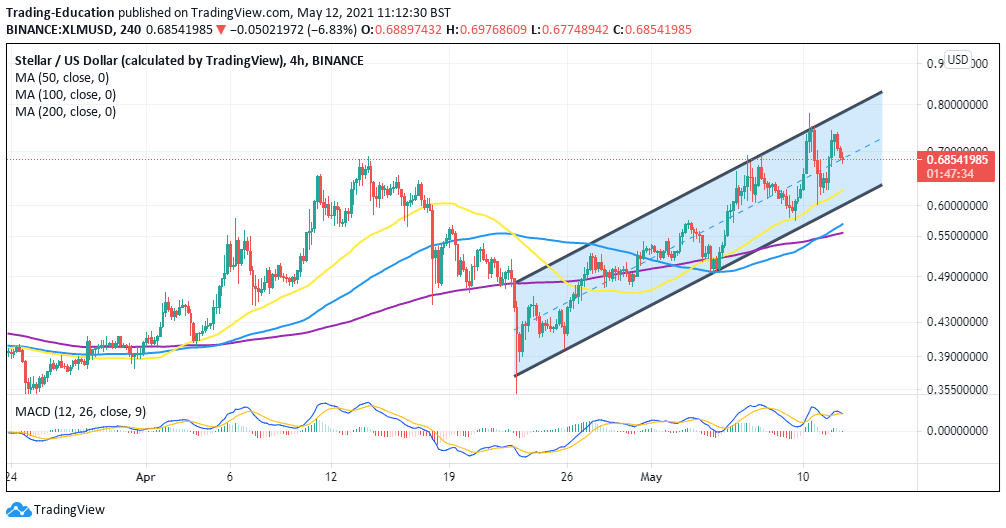 The 50 Simple Moving Average (SMA) on the four-hour chart is the immediate support. Holding onto this zone will ensure that potential losses to the channel’s lower edge support are averted. However, if push comes to shove, Stellar will freefall to test the buyer congestion at $0.6. Other crucial support areas to keep in mind include the 200 SMA at $0.55 and $0.5.

The TD Sequential may present a sell signal on the daily chart in the coming few days. Note that the call to sell will manifest in a green nine candlestick. A sell signal signifies that bulls are losing traction as bears prepare to take control. Therefore, if confirmed, Stellar will assume a bearish outlook. 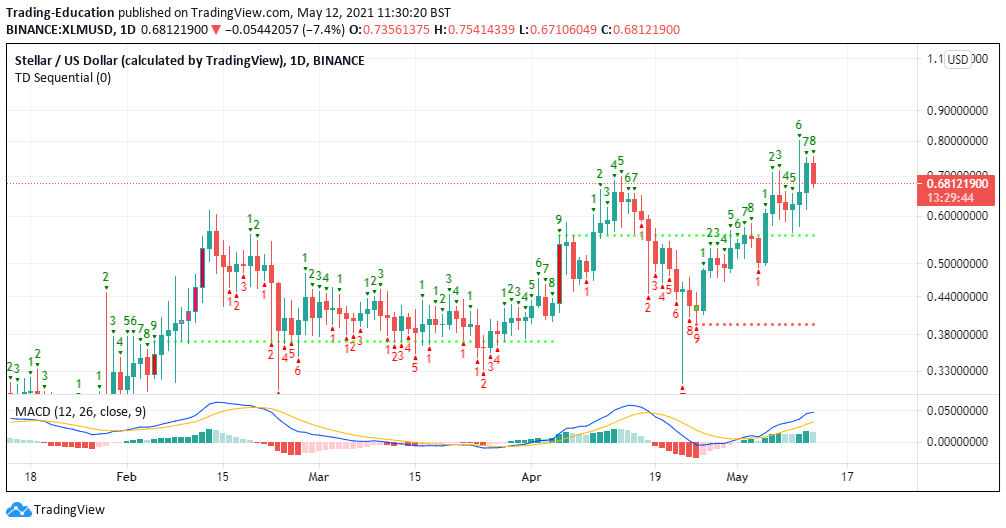 The MACD on the daily chart has a bullish impulse, implying that buyers are in control despite the correction from $0.75 to $0.68. XLM will either resume the uptrend or settle for consolidation if the MACD line sustains the divergence above the signal line.