XLM Price Prediction: Stellar on the cusps of colossal rally to $0.7

Stellar is in the red, just like most of the crypto assets in the market. The cross-border transfer token currently trades at $0.49 while facing a growing hurdle at $0.5. The bulls' priority to defend the immediate support provided by the 200 Simple Moving Average (SMA) on the four-hour chart.

Stellar has been confined in a descending parallel channel since the resistance around $0.7. A flash drop occurred amid the downtrend, with XLM testing the anchor at $0.32. Over the last few days, buyers have taken control, hence the ongoing recovery.

The channel's upper trendline has continued to hinder the bulls' advances. Meanwhile, a significant upswing is anticipated as soon as this seller congestion is pushed into the rearview. Besides, the 200 SMA defends Stellar from assuming correction.

Note that settling above $0.5 may trigger massive buy orders, affirming market stability. Similarly, speculation is bound to rise on stepping past the 100 SMA. Moreover, closing the gap to $0.7 would also bring XLM closer to $1. 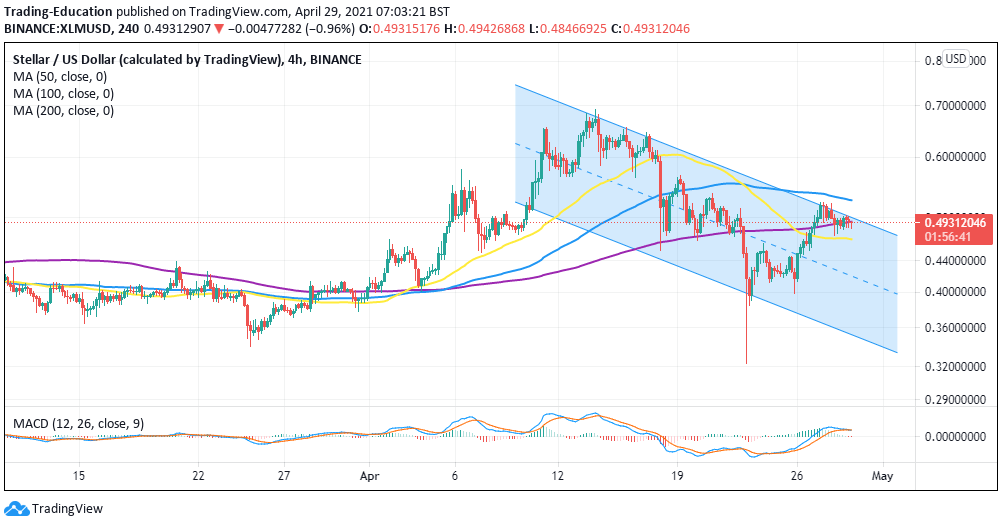 The SuperTrend indicator on the same four-hour chart has recently flashed a buy signal. The bullish impulse manifested in the indicator flipping beneath the price and turning green from red. In other words, the change implies that traders can consider going long on Stellar, perhaps with a target of $0.7. 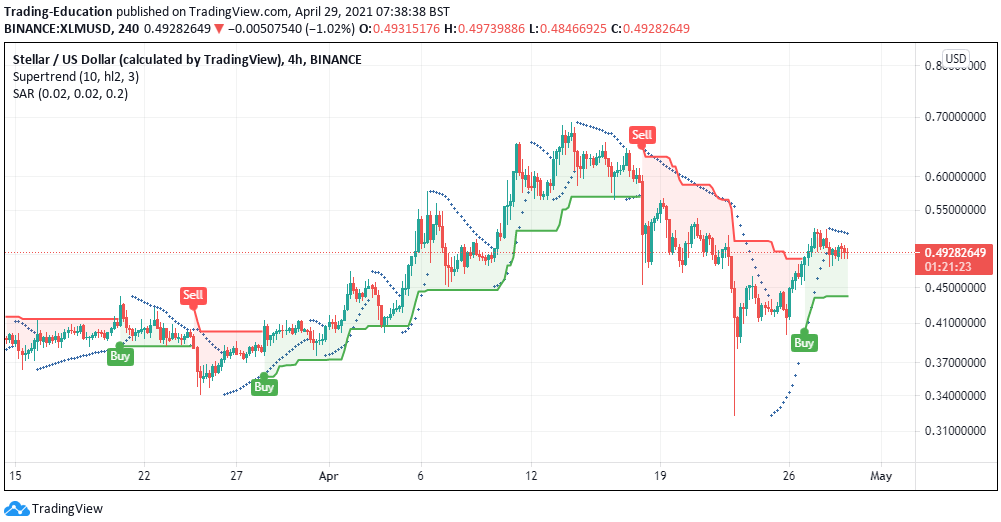 On the other side, the Parabolic SAR has a bearish impulse; thus, sellers' influence cannot be ignored. As the parabolas (dots) moved above the price, selling pressure became apparent. If the situation stays unchanged, Stellar will resume the downtrend.