XRP Bulls Refuse To Give Up $0.6 Support As Court Allows Ripple To Depose SEC Official

Ripple is pivotal at $0.6 for the second day in a row. The bone of contention has been to pull the international money transfer token below $0.5, but buyers seem to be putting up a brutal fight. As the weekend session draws nigh, a daily close above $0.6 will give bulls a boost toward the coveted $0.65.

Meanwhile, the bull's priority is to ensure that losses do not extend significantly below $0.6, and the immediate resistance at the 50 Simple Moving Average (SMA) is brought down. At the same time, XRP must defend the ascending parallel channel's middle boundary support, a move that could bolster the price beyond the upper edge and the 50 SMA. 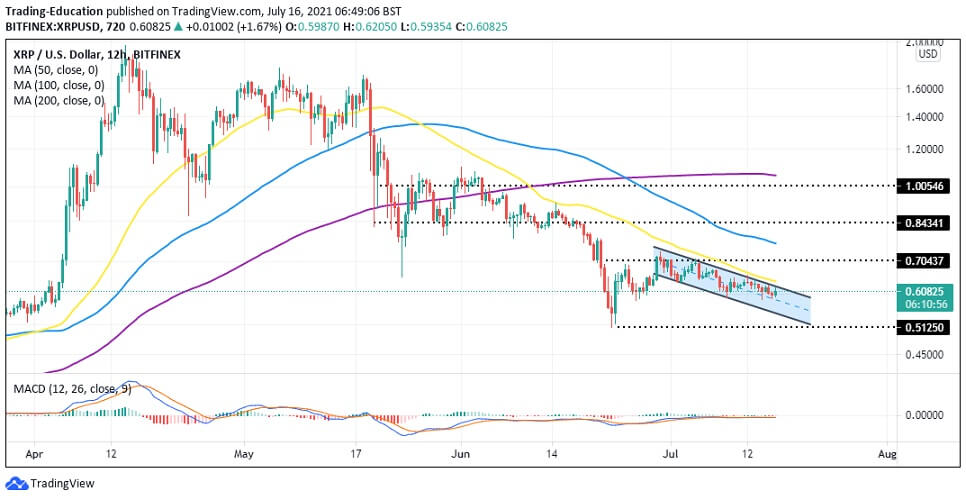 Ripple Bags Another Small Victory Against The SEC

The lawsuit between the US Securities and Exchange Commission (SEC) has gone cold for a while. However, the battle is back like it had never left, with Ripple scouring a small victory against the regulator.

Sarah Netburn, a US District Court Judge ruled has ruled against the SEC's motion to suppress the deposition of the commission's former director of the Division of Corporation Finance, William Hinman.

Back in June 2018, Hinman remarked that in his opinion, the Ethereum network, alongside its decentralized structure and the "current offers and sales of Ether are not securities transactions." The cross-examination of Hinman could help Ripple uphold the narrative that XRP is not a security token.

However, an appeal by the SEC could keep Ripple from asking Hinman to testify regarding his reasoning that led to the decision that removed Ether from the shackles of security tokens. On the other hand, if the SEC lets the ruling stand, Ripple's attorney could apply the Sam rationale to XRP.

Certain conditions will have to be met before XRP confirms the uptrend toward $0.7. The Moving Average Convergence (MACD) indicator has to present a clear buy signal, and this will be made possible if the 12-day exponential moving average (EMA) crosses above the 26-day EMA.

At the same time, the trend following tool has to secure the ground above the mean line to validate the uptrend.