Zilliqa Price Analysis: ZIL swings to $0.22 as uptrend strengthens toward $0.3

Zilliqa is among the altcoins receiving massive investor attention, which explains the 6.2% in 24 hours. The token is also up 2.4% on an hourly basis and has attracted more than $1.1 billion in trading volume.

On the upside, Zilliqa faces challenging resistance at $0.22, with the immediate support provided by the confluence formed by the 200 Simple Moving Average (SMA) and the 100 SMA on the four-hour chart. Closing the day above this level will ensure market stability is secured, allowing bulls to gaze at higher levels toward $0.3.

The correction from the hurdle at $0.22 embraced the confluence support. At the time of writing, ZIL exchanges hands at $0.19 while bulls battle for gains beyond $0.2.

The Moving Average Convergence Divergence (MACD) indicator adds credibility to the bullish outlook, as shown on the four-hour chart. As long as the immediate support holds and the MACD line expands the gap above the signal line, Zilliqa’s uptrend will remain intact.

The resistance at $0.22 must come down to pave the way for gains toward $0.3 to materialize on the upside. A confirmed break above this zone would trigger massive buy orders as buyers speculate yields to higher price levels. 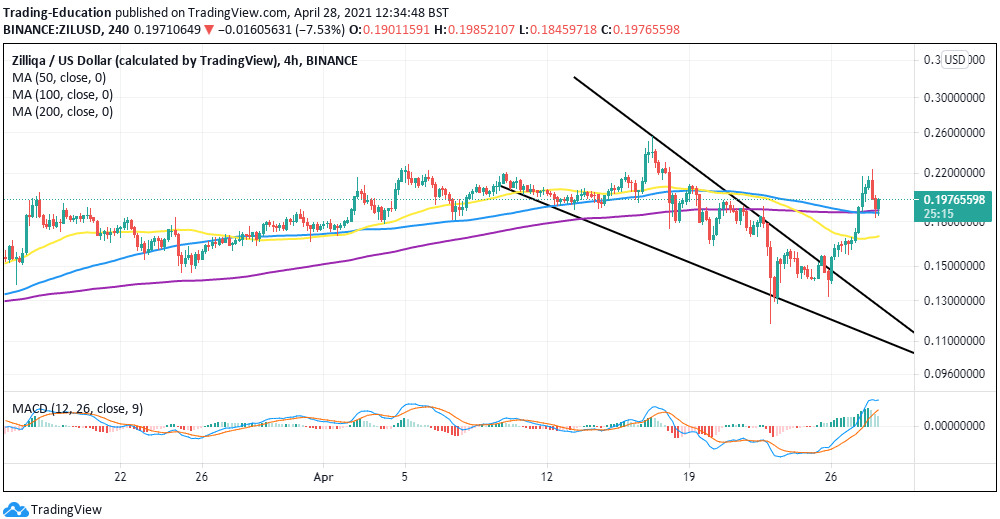 The same four-hour chart shows a bullish SuperTrend indicator. Its call to buy came into the picture amid the recent upswing from lows of $0.12 to highs of $0.22. The bullish narrative manifested in the indicator changing green and moving under the price. If the outlook remains intact, Zilliqa is bound to keep trending upward. 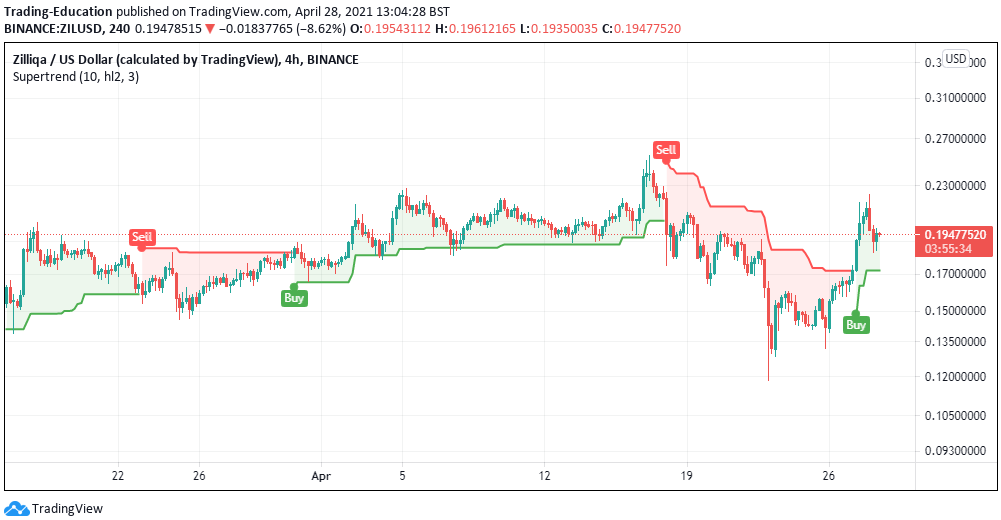 It is worth noting that massive losses will come into the picture if the confluence support is shattered. Investors will also rush to cash out on profit to avoid being caught off guard. Support is expected at the 50 SMA on the four-hour chart, $0.15 and $0.13.

Zilliqa
ZIL
Top Brokers in
All Regulated Brokers
67% of retail clients lose money when trading CFDs with this provider.