Best Time To Trade Forex In The UK

Even if you’re a forex beginner in the UK, you probably know that the foreign exchange market is open 24 hours a day. Forex (FX) is the largest financial market in the world, linking banks and traders from every part of the globe. This means it spans a number of different time zones, making it possible to trade at any time of day or night.

Unlike the London stock market, which is only open between 8am and 4.30pm, forex has no allotted hours for trading. If you want to learn how to trade forex successfully, one of your first questions should be ‘what is the best time to trade forex in the UK?’

The good news is you’re in the right place. We’ve put together a complete guide to the forex trading times UK, so you can discover the best time to trade on this global marketplace.

What Are The Forex Market Opening Hours?

The forex market is made up of different international markets, each of which has its own trading session. Estimates show that there are between 9.6 and 10 million FX traders around the world, all contributing to the average daily trading volume of $5.2 trillion.

One of the main factors behind the popularity of the FX market is its flexibility. Because it’s open 24 hours a day, 5 days a week, you can always keep track of the market wherever you are in the world. This means it’s possible to monitor FX activity very closely, making the market suitable for investors with a range of trading styles and strategies.

As you can see, these trading sessions overlap, which is why the forex market is available 24 hours a day. The overlapping hours are understandably some of FX’s busiest, as the number of traders is hugely increased. This means that the market is generally at its most volatile during these periods, making them some of the best times to trade forex in the UK.

Another great time to trade forex in the UK is at 8am. This is when the London trading session opens, often causing a flurry of activity from banks and major investors.

When Do The Trading Sessions Overlap?

The trading hours which overlap between FX hubs are:

Within these time periods, other markets will also be trading. Forex doesn’t begin and end with the four main hubs — in fact, there are more than 20 different countries within this decentralised global network. However, London, New York, Tokyo, and Sydney are the four most active markets.

According to the Bank of International Settlements, more than 40% of the FX daily trading volume comes from the UK alone. The USA is the second most active trading hub. As a result, the overlap between London and New York is the busiest time of day for the foreign exchange market.

It’s important to remember that these times can change throughout the year, as countries such as the UK put the clocks forward or back for Daylight Saving Time (DST).

How To Trade Forex In The UK

Can You Trade Forex Over The Weekend?

As a rule, the forex market is closed over the weekend. It opens on Sunday at 9pm GMT and closes on Friday at 10pm GMT. If you would strongly prefer to be able to trade on Saturdays, you will need to find a specialist broker.

Currently, IG Markets Ltd is the only UK provider that offers trading on the GBP/USD currency pair over the weekend. Its weekend trading hours open on Saturday at 4am GMT and close on Sunday at 8.40pm GMT.

What Is The Best Time To Trade Forex Currency Pairs? 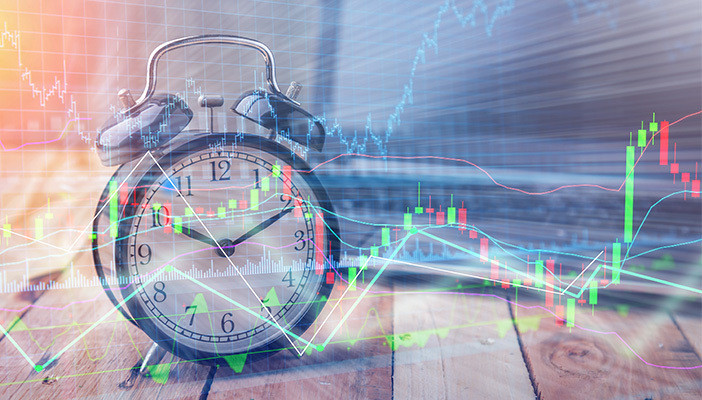 Before we explain how to work out the best trading times for each currency pair, let’s quickly recap what exactly a currency pair is.

What Is A Currency Pair?

When Should You Trade Your Currency Pair?

Now we’ve brushed up on how currency pairs work, it’s time to explore the best trading times for each major pair. As you might expect, currency pairs are at their most active during the opening hours of their native countries.

For example, if your chosen currency pair was USD/JPY, the best time to trade would be during the Tokyo and New York trading sessions. This would give you two windows of time in which to trade: between 12am and 9am UTC (Tokyo session) and then between 1pm and 10pm UTC (New York session).

Part of the reason why EUR/USD and GBP/USD are so popular is because the European and American trading sessions overlap. This means there is a lot of interest from banks, traders, and investors in both countries simultaneously.

Below, we’ve made a list of some of the most active currency pairs during each main trading session:

If you’re still learning how to trade forex in the UK, it’s a good idea to start reading more about Forex trading and practice trading risk-free account.

What Is The Best Time To Trade Forex UK?

The best time to trade forex in the UK doesn’t just depend on your chosen currency pair. In fact, one of the most important factors which will affect your trading schedule is your chosen trading style.

When it comes to developing your trading style, it’s often a good idea to experiment with different techniques and strategies to find the right one for you. However, if you’re trying to find the best time to trade forex in the UK, you should consider finding a style which enables you to take advantage of the most volatile trading sessions.

As we mentioned earlier in the article, some of the best times to trade forex are at 8am GMT (when the London session opens) and during the overlap between the European and American markets. This occurs from 12pm to 4pm UTC.

The strategy you choose will ultimately depend on the amount of time you can spend monitoring the market. There are 4 main trading styles, ranging from short to long-term. Let’s take a look at them:

When choosing a trading style, one of the practicalities to consider is whether you’ll be free to monitor the market throughout the day. As its name suggests, day trading is a great choice for traders who can devote a lot of time to forex during the working week.

Because this style relies on short-term fluctuations, it’s an excellent way to profit from the most volatile hours in the forex trading sessions. Somebody with a full-time day job is unlikely to be able to monitor the market at 8am when the London session opens. However, a dedicated day trader is always available to take advantage of the best times to trade forex in the UK.

What Are The Most Volatile Currency Pairs?

Trading Forex In The UK During The London Session

Just because you’re trading from the UK, it doesn’t mean you're limited to the opening hours of the London session. If your schedule means you’ve chosen a trading style which isn’t dependent on monitoring the market throughout the day, you can trade forex in the UK during the New York, Sydney, or Tokyo sessions too. It might mean some late nights, but this is a valid strategy for anyone who’s looking for the best time to trade forex in the UK.

Because the European trading session has almost the same opening times as the London session, EUR/GBP is a popular currency pair during these hours. As we mentioned earlier in the article, the crossover period between the London and New York session means that GBP/USD and EUR/USD are also popular choices for investors.

This means that the London session is the best time to trade forex in the UK if you’ve chosen GBP or USD crosses.

Trading Forex In The UK During The New York Session

On the 24-hour UTC forex clock, the New York session is the final session to close before the Sydney session opens the next day. As a result, it often benefits from last-minute interest from investors, particularly at the end of each working week.

If you’ve chosen to trade currency pairs which include USD (which a large proportion of the currency pairs on the forex market do), the New York sessions can definitely be the best time to trade forex in the UK. This is because many USD crosses have their highest trading volumes during this time.

Across the same 12-month period from November 2018, records show that the major currency pair GBP/USD had an average daily pip movement of 71 during the New York trading session. Again, this reflects the benefits that come from the London and New York sessions having a substantial overlap.

Trading Forex In The UK During The Tokyo Session

The London and Tokyo sessions cross over by 1 hour every day. This hour is the best time to trade forex pairs which include JPY — for example, USD/JPY, EUR/JPY, or AUD/JPY. The Japanese yen isn’t particularly volatile and is often seen as a ‘safe haven’ for traders. AUD, on the other hand, can be quite volatile because it’s a commodity currency. The combination of the liquid yen and volatile Aussie dollar makes this pair a popular choice during the crossover between the Tokyo and Sydney trading sessions. In fact, it’s the second most popular JPY cross after USD/JPY.

In the 12-month period from November 2018, the Tokyo session saw lower average daily pip movement than the London or New York sessions. For EUR/JPY, the average pip movement was 46. For GBP/JPY, it was 81 — lower than the currency pair’s pip movement during the London session, which saw movements of 93.

Now you know the best time to trade forex in the UK, you’re in a better position to take advantage of the world’s largest financial market. Whatever your chosen currency pairs, we hope our handy guide to forex trading times UK has given you the confidence to cash in on the market’s most volatile hours.

Currency trading in the UK can be exciting and profitable. Indeed, It offers liquidity and flexible trading hours. The higher leverage  allows you to make quicker profits than most other markets while being mindful of the risks. Know the risks and don’t trade money you can’t afford to lose.

The Importance of Risk Management in Forex Trading

Start Forex Trading In The UK

Now you know more about the best time to trade forex in the UK, you could be ready to take your interest to the next level. Remember that although it’s easy to get started, finding your favourite trading style and strategy is often a process of trial and error.

Understanding the forex market can take years of study. However, by reading this article today, you’ve taken your first steps towards becoming a better forex trader in the UK. the next step is to choose the best Forex trading broker in the UK.

Top Broker in the United Kingdom

A trader with a eToro account can trade CFDs on underlying financial assets such as Forex, Stocks, Commodities, Cryptocurrencies and Indices. With tight spreads, they are a leading global brand. Voted top broker in UK.

Trade Forex in the UK with top rated broker eToro, which has been selected based on its high rating and your location.

We at Trading Education can help you start trading forex in the UK. Simply sign up for our forex trading course to become a professional forex trader.

eToro is a multi-asset platform which offers both investing in stocks and cryptoassets, as well as trading CFDs. 67% of retail investor accounts lose money when trading CFDs with this provider. You should consider whether you can afford to take the high risk of losing your money.