Institutional traders and retail traders are not the only players, central banks can also affect market prices as well on a massive scale!

Traders start out, they need to decide whether they rely on fundamental or technical analysis.

If you’re going to trade fundamental analysis, you need to have a good understanding of the central bank’s policies.

Perhaps watching the actions of central banks is the biggest part of fundamental analysis with many traders basing their positions on their announcements.

How frequently they are likely to change and the potential direction they will go in are vital.

Want to learn how to trade forex like a pro? Take our forex trading course!

What is a central bank? 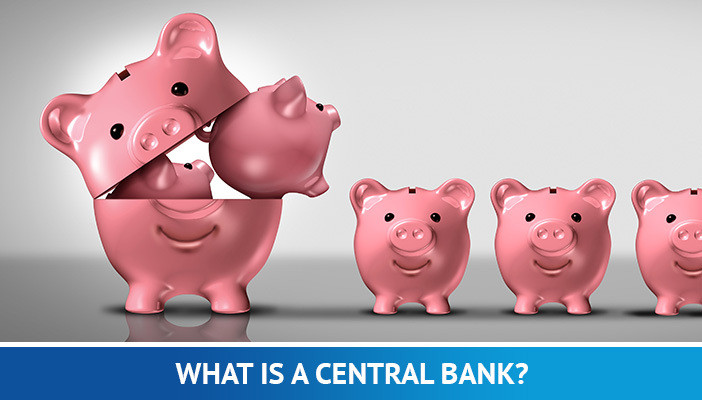 A central bank is the primary issuer of currency in any country.

Every country has one, though central banks are supposed to act separately from the government and may have slightly different objectives.

Their main purpose is usually to keep the economy stable and to grow the economy. Different central banks may have different purposes and strive for different objectives.

Generally speaking, central banks do not have a profit motive. They introduce monetary policies which are usually designed to create economic stability or growth.

One of the main ways they do this is by controlling interest rates.

For them, instability is bad for the economy and people will not want to trade with nation that is not stable.

Largely central banks control the value of a currency by changing the quantity of the money, increasing or decreasing it or changing interest rates.

The four biggest banks to watch are the Federal Reserve Bank (USA), European Central Bank (EU), Bank of England and the Bank of Japan.

Altogether, these banks control the currencies of the major forex pairs.

The Federal Reserve Bank is particularly important to watch because the US dollar is on the other side of approximately 90% of all currency transactions.

Decisions a central bank makes can be very influential. Not only do they affect every currency that they are paired with, but they can also have a knock-on effect on other currency pairs.

Some nations peg their currency to the value of others. For example, a number of currencies are tied to the euro.

For example, the price of the Bulgarian lev is tied to the value of the euro, and so a change in the policy of the European Central Bank will directly affect the lev.

Central banks can also sell off their reserves of foreign currencies, effectively taking part in the forex exchange market as an institutional trader.

Traders should watch out for events that could affect the forex market by using a forex economic calendar.

Traders want central banks to take part in the market because it helps it move, but at the same time, they don’t want to fall victim to them.

The actions of central banks can also affect employment levels and a number of other areas related to a country’s economy. 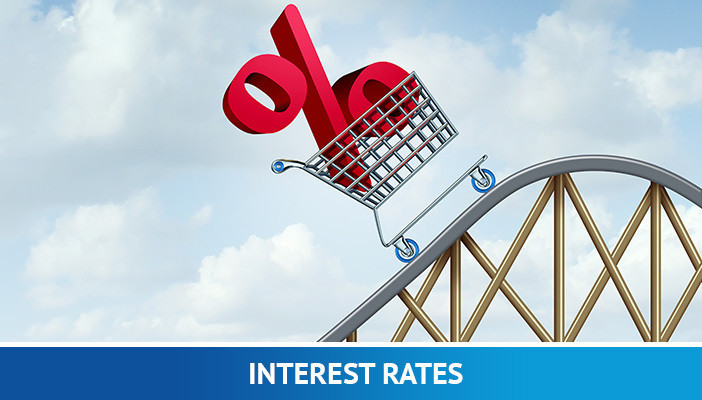 When growth is very high, you will see a central bank put up interest rates to control spending, this is because if interest rates are higher, it means people will borrow less and spend less.

The reason they do this is that they don’t want an economy to grow too fast because it can create a bubble and lead to stability problems in the future.

And so when a central bank puts up interest rates, it can be a good sign that the economy is growing.

When an economy is shrinking, interest rates come down because the central bank wants people to spend more.

If interest rates are low, more people are likely to borrow and therefore spend, stimulating the economy, theoretically.

When a central bank is looking at lowering interest rates, it can mean that the economy is not doing well which can lead traders to sell that currency.

If interest rates are too low, it can prevent people from using that currency and trading with that country.

This is basically where the central bank starts pumping the economy with money to get people to spend more.

How good this is for an economy is debatable. For traders at least, quantitative easing can be off-putting because it will result in declining prices.

On top of this, when a central bank starts quantitative easing, peoples savings depreciate in value, though more money should allow the economy to move more.

And, as an act of last resort, countries may borrow from their central bank, when they are in a lot of debt. 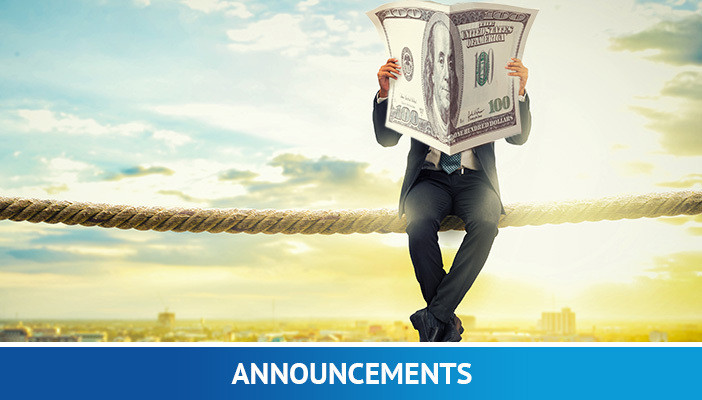 Traders interpret announcements by central banks based on their language. They look at the tone and wording to interpret the bank’s actions.

If the news is good, it can result in a rally. Good news could come in the form of interest rates increasing or being maintained at a low level.

If the news is bad, can result in the opposite. Bad news could be interest rates falling or being maintained at a high level.

These announcements though are not as significant as actual changes but can be a good opportunity to trade in the volatility that follows.

That said, the future direction of interest rates matters most, not which country has a higher interest rate. This is because traders should be looking to trade in a direction.

Don’t just pay attention to what interest rates are now, listen to central banks’ announcements and see what they plan on doing by the time the next announcement is released.

It is also important to note how frequently a central bank will make announcements. Some are more frequent than others, which can present more trading opportunities.

Sometimes a central bank will announce surprise interest rate changes. These cannot always be predicted and can have a significant effect on the forex market.

Traders should be mentally prepared for the possibility of this happening. 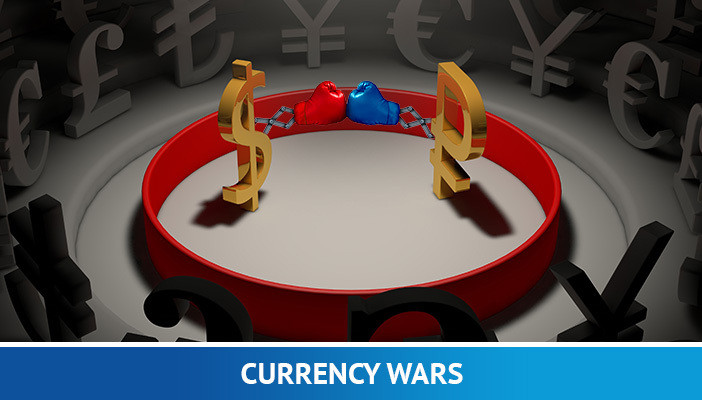 This is where a central bank is looking to devalue its currency to attract more investment in their country and export more of their products.

In the process, they compete with other countries to remain cheaper.

Export-driven economies want to keep the value of there currency down to make it easier and cheaper for other countries to buy from them.

China famously keeps the value of its currency - the yuan - low because they rely heavily on exports.

Some countries may purposely make negative announcements about their economy to devalue it and encourage spending which will help its economy grow.

Japan has also taken action to sell off its currency before as well to purposely devalue it.

The importance of commodities

Especially in more recent years, commodities, such as oil and metals, have become more important.

Countries that rely on exporting commodities, such as oil, may increase interest rates when exports are down to increase the use of their currency and promote trade in other areas.

Russia is a key example of this, in the past increasing interest rates significantly when their oil exports are down.

How to trade central bank announcements

Some traders avoid trading in the minutes leading up to a central bank’s announcements. They wait until the news is finished and then seek to trade on whether the news was good or bad.

If traders already know if the news will be good or bad, they may already have opened positions and will close them after the news has been announced.

Using a forex economic calendar, in most cases, traders should be able to see whether the news will likely be good or bad.

In regards to interest rates, it should have the actual (current), forecast (the believed change), and the prior (before the news).

Want to learn more about forex and how to trade? Then sign up to our forex trading course!