Today’s topic will explain the complicated relationship between China and cryptocurrency. Throughout the years, the second largest economy in the world has been quite opinionated in regards to the cryptocurrency boom. Why is that?

It’s important to analyse this relationship because China’s crucial participation and undeniable influence on the world’s economy will only continue to expand. Having such a powerful player on the global market drifting away from cryptocurrencies and blockchain can not only affect the future of global trade but also set an example for other countries to follow.

Whether it’s a negative or a positive direction we can’t truly say but we will try to summarise and understand the reasons behind the country’s views on cryptocurrency.

Before we get down to it, though, let us tell you a few interesting facts about China to try and understand why is it so important to talk about the relationship of the country and blockchain technology which many agree is the future of financial transactions and payments.

You can find out more intriguing information about China’s economic and trade impact here.

Let’s go back to the main topic of discussion: China and cryptocurrency! 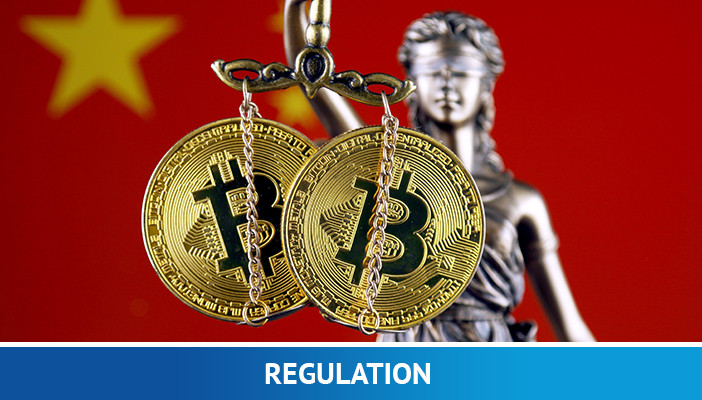 Last year, the People’s Bank of China (PBOC), which is the central authority body that regulates all financial institutions and is in charge of drafting the monetary policy of the country has made it clear that cryptocurrency is not wanted.

According to the initial statement, made at the beginning of 2018, access to all domestic and foreign cryptocurrency exchanges and ICO websites will be blocked. China aims to clamp down all cryptocurrency trading with a solid ban on foreign exchanges.

The top economic planning body has also proposed new rules that will shut down all local cryptocurrency mining facilities.

To remind everyone, cryptocurrency mining is the process of validating transactions on the network of digital forms of money like Bitcoin or Ethereum and receiving coins as a reward. To do so, you need powerful hardware that will consume large amounts of electricity.

China is actually home to the world’s largest cryptocurrency mining farms due to cheap electricity in the coal-rich regions of Xinjiang and Inner Mongolia. Chinese miners have also deployed their machines in the southern Yunnan and Sichuan provinces to take advantage of the cheap hydropower available in the area during the rainy season.

However, Chinese miners will most likely have to give up their bases in Yunnan and Sichuan and consider moving to foreign countries if they want to keep mining cryptocurrencies.

It is expected that as a result of the new laws, Bitcoin mining will no longer be dominated by China and become more decentralised.

This is not the first time we are hearing about authorities trying to impose a Bitcoin mining ban in China.

At the beginning of 2018, China’s top Internet-finance regulators also issued a notice to companies to start exiting the cryptocurrency mining business due to the high risk of speculation of virtual currencies. The order didn’t go through but many local miners were forced to look for alternative options in countries like Canada and the US.

In late 2018, it was also announced that China will block all access to over 120 websites operated by offshore cryptocurrency exchanges, providing trading services to the citizens of the country.

Domestic websites related to cryptocurrencies, including Bitcoin, will be monitored and shut down as well.

All these actions, aiming at eliminating pretty much every trace that leads to cryptocurrency, cryptocurrency trading and initial coin offerings (ICOs) on both local and global level, will quash the market completely.

“To prevent financial risks, China will step up measures to remove any onshore or offshore platforms related to virtual currency trading or ICOs,” said a publication, affiliated to the People’s Bank of China (PBOC).

Why did China ban Bitcoin trading and exchange? 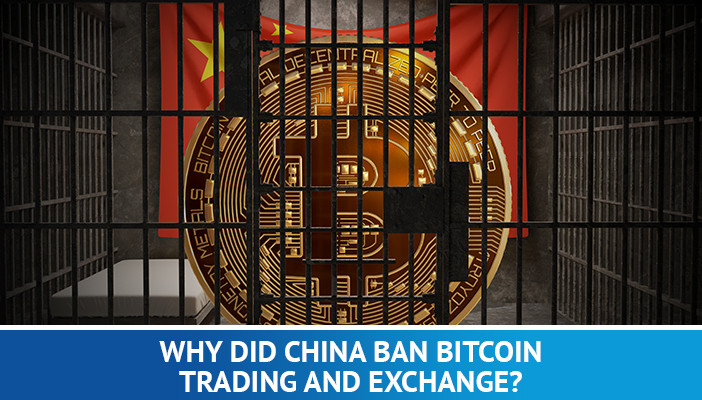 The main reason behind the intensity of such actions is to protect the local economy and eliminate concerns of financial instability.

Blockchain and cryptocurrency-focused online media outlets were also shut down. This was quite unfortunate because some of them raised several million dollars in venture capital. China’s Internet “watchdog” blocked their official public accounts last year owing to violations against the new regulations.

To further illustrate how the country feels about cryptocurrencies and their potential spread in our everyday lives, Beijing’s central Chaoyang district also issued a notice in August 2018, stating that hotels, office buildings and shopping malls are not allowed to host any events that promote cryptocurrencies.

ICOs are a form of crowdsourced fundraising through which companies exchange their own, newly created cryptocurrencies (called tokens), for payments in existing cryptocurrencies, usually an established one like Bitcoin or Ethereum. By doing so, ICO investors profit when their new tokens start getting value at a faster rate than the cryptocurrency they used to pay for them during the crowdsourcing phase.

ICOs and any other platform that conducts cryptocurrency exchange operations were prompted to move their operations to countries where such activities are allowed, such as Singapore. 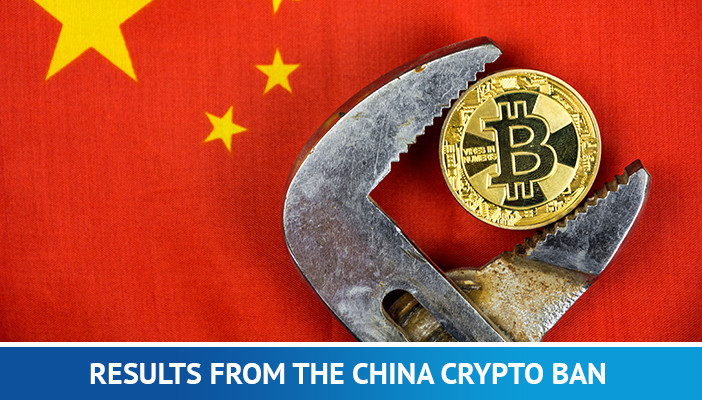 Since the official announcement last year, almost 100 cryptocurrency exchanges and almost the same amount of ICO projects have been shut down in China.

As a result, the Yuan-Bitcoin trading pair has dropped significantly from 90% to less than 5% of the world’s total Bitcoin trades, according to Shanghai Securities News.

The central bank deputy governor said that, “If things were still the way they were at the beginning of the year, over 80 per cent of the world’s bitcoin trading and ICO financing would take place in China – what would things look like today? It’s really quite scary.”

According to him, clamping down on cryptocurrency exchanges, ICOs and any other activity related to cryptocurrency was the absolute right decision for the country.

The China crypto ban resulted in an increasing turnover in overseas transactions, leading to regulatory compliance evasion. This is quite risky for the monetary system because of the unlawful issuance of cryptocurrency. This will involve schemes and marketing attacks to scam the less crypto-savvy citizens out of their money.

The People's Bank of China (PBOC) considers digital currencies as illegal because they are not issued by any recognised monetary institution. Not just that, but since they don’t hold any legal status, China is not inclined on making them equivalent to money and advises their citizens against their circulation as a currency.

However, many financial experts also think that the realistic implications of the ban on cryptocurrency exchange, trading and ICOs are low and there’s no way to ban cryptocurrency trading completely.

As previously mentioned, China is home to the largest number of Bitcoin mining farms in the world due to the many regions offering cheap subsidised electricity. Mining has turned into a profitable venture for many Chinese people. The ban by Chinese authorities will definitely have a negative impact on the overall cryptocurrency market. “Stricter regulations will weigh on the cryptocurrency universe,” as many specialists and businessmen say, including Wayne Cao, who owns a business that recently offered 10 Billion tokens in an ICO.

Other financial experts think that it’s only a matter of time before China lifts the cryptocurrency ban. The resilient nature of cryptocurrencies will help them make a comeback and with that more and more regulations would have to be planned and applied.

Ultimately, finding a way to ban or effectively regulate decentralised, regulation-free and blockchain-based virtual currency market will indeed remain a big challenge for any regulatory body, even if it’s China we’re talking about.

Also, banning local ICOs and cryptocurrency exchange platforms can’t truly solve the problem since many traders and businessmen are turning to overseas platforms to continue participating in virtual currency transactions. All in all, ICOs and virtual currency trading can’t be completely withdrawn from China, despite the official ban.

Advertisements for cryptocurrencies have stopped appearing which is probably one of the most visible results of the tight cryptocurrency regulations that were put into action last year.

In China, it’s quite common for people to use VPNs (virtual private networks) to trade cryptocurrencies since many exchange platforms relocated to either Japan or Singapore. However, promoting these platforms and attracting new people might be a bit difficult since promoting related business programmes may put you in jail.

Japan and Singapore will also benefit from the new order by PBOC, stating that financial institutions must stop providing funding to any activity related to cryptocurrencies in China. You can’t demolish trading completely. People who want to do that have to go somewhere. They will turn to Singapore and Japan and there’s nothing China can ultimately do about it.

Though many countries and global businessmen consider blockchain finance, digital finance and smart finance as the next logical and highly appealing step towards decentralising the financial world, there are countries like China who remain quite distant from this trend.

Not just distant but going to great lengths to make sure all cryptocurrency-related platforms, outlets and activities are completely wiped out.

China wants to make sure blockchain technology won’t harm the interests of consumers or affect the stability of the financial market.

Then again, there’s the whole issue of theory vs. practice. People who are interested in trading, mining and being part of the digital finance community will relocate, use VPNs or find other ways to practice what they find appealing to them.

The future is positive 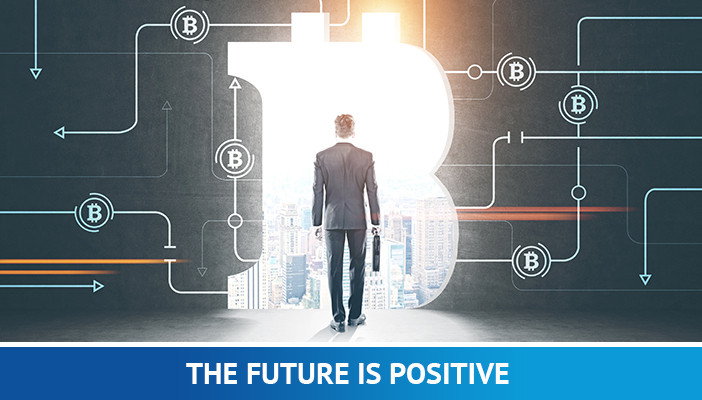 Bitcoin and other cryptocurrencies have been making their way back to the Chinese media spotlight after a couple of years of stagnation.

After Facebook recently announced its new cryptocurrency project, named Libra, China’s state-run media, Xinhua News Agency, announced that investors’ interest in cryptocurrencies is increasing. The recent peak is due to Bitcoin assuming characteristics of a “safe haven asset”, in comparison to macroeconomic slowing and huge volatility in global capital markets.

Not just that but Huobi, a Chinese cryptocurrency exchange app that relocated to Singapore after the crackdown in China from 2017-2018, was trending on China’s iOS app store.

Although cryptocurrency has gained more media attention this year, we have yet to see whether China will decide to soften its regulations against cryptocurrency or not.