Is Blockchain the Future of Banks?

We haven’t experienced a lot of drastic changes in the banking world for almost a century. The sector has continued operating in the same way with little to no threat from alternatives. This, however, is all changing.

Why is it changing, though?

It’s all because of that “little” technological innovation we call blockchain.

The effect of blockchain on the financial system, along with the rising popularity and application of cryptocurrencies is surely going to shake up the traditional financial system as we know it.

If not change it completely, implementation of blockchain into banks and using it in various aspects of the banking business is bound to happen. Experts also agree: banking will incorporate blockchain in certain niche areas of the business but whether we will witness a wholesale change, we’re yet to see.

But before we move on, let’s talk about blockchain for a little while.

What exactly is blockchain and why it’s become such a powerhouse in the finance world? 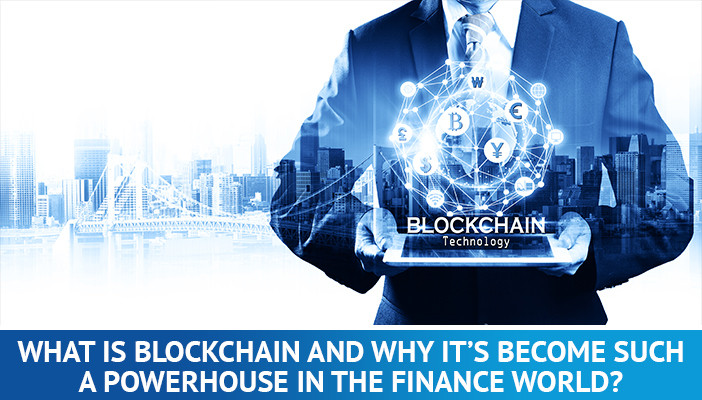 Think of blockchain as a form of a public ledger that contains information, collected through a network, sitting on top of the Internet. That’s what makes it decentralised - there’s no central point. The way this information is recorded is what gives blockchain such powerful potential.

Blockchain technology is not an application or a company. It’s a way of documenting data on the Internet. The technology can be used to develop blockchain applications, such as social networks, voting systems, prediction markets, exchanges, games and more. Many people have dubbed the technology as “The Internet 3.0”.

The information that’s recorded on a blockchain can take on any form, representing things like a transfer of money, ownership, a transaction, an agreement between two parties and more. To do so, however, the system requires confirmation from several other devices (computers) on the same network.

Once an agreement has been reached between two devices (also known as a consensus), storing something on the blockchain cannot be disputed, removed or changed; it’s unquestionably there.

Identities are kept private through the cryptography. However, all transactions on the blockchain are public to everyone.

Every record written on a blockchain is secured by a special cryptographic key. This means that all the information on the blockchain is immutable.

One thing we have to point out is that since nothing that is recorded on a blockchain can be changed, it’s important to be 100% sure where you are sending your money to. Once a transaction has been sent, it is sealed and cannot be reversed.

Undoubtedly, the rise of blockchain is changing things. Banks, little by little, are starting to adopt changing trends in order to appeal to millennials which are tech-savvy and prefer to do everything on their smartphones and tablets while on the go.

Some banks are already buying or partnering with fintech companies in an effort to absorb and utilise the technology. There’s already blockchain technology in banking.

Back in 2017, it was predicted that over 15% of big banks would be using blockchain technology. Now, a couple of years later, plenty of banks have already jumped on board or are in the process of doing so.

Traditional legacy-based industries, such as banking, are starting to show “cracks”. Many experts claim that for banks’ obliviousness to the mass appeal and beneficial characteristics of blockchain and cryptocurrencies will inevitably change at some point.

Everyday use of money and payments has become very dynamic. Because of the growing needs, expectations and lifestyle of the customers of today, there’s an emerging market of app-banks, challenger banks, mobile payment banks, new financial institutions, payment facilitators and more. Most of them are already offering blockchain and crypto services or aim to start doing it down the line.

We are not saying that the future of banking is 100% tied to blockchain and cryptocurrencies. There are many niches to be filled, after all. What is important to discuss, though, is the ways in which this technology will improve and add-on to the already existing financial world. Let’s talk more about blockchain technology in banking that already exists and is making a difference.

The banking world is changing 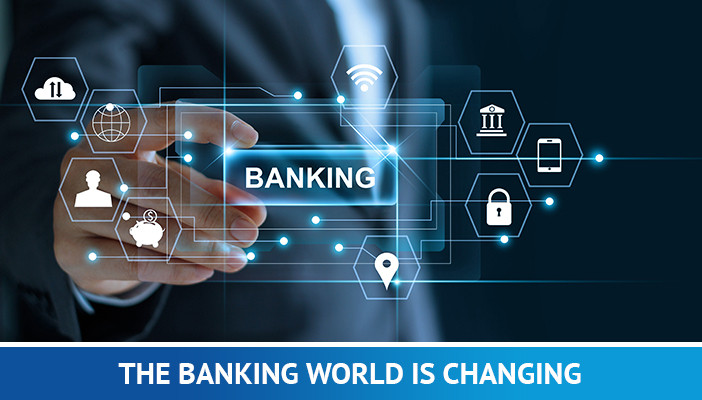 Circle, Square and Revolut have become a powerhouse in the financial space in recent years. What they have in common is cryptocurrency offering.

Yes, cryptocurrency is still a long way off from being as popular as the Dollar, the Euro or the British Pound, however, app-banks, mobile payment companies, merchant service aggregators, peer-to-peer payment companies and many other financial services like the above-mentioned are offering the chance to use crypto as an alternative payment method and people are jumping in.

Let’s try to point out some of the advantageous characteristics of the banks of today:

Blockchain can indeed improve the effectiveness of cross-border payments by eliminating the middleman (banks), however, we still have to see how this tool will prove itself for industrial-scale use. One more thing, banks might not be so happy or eager to give up on margin fees.

Ripple is trying to modify the system 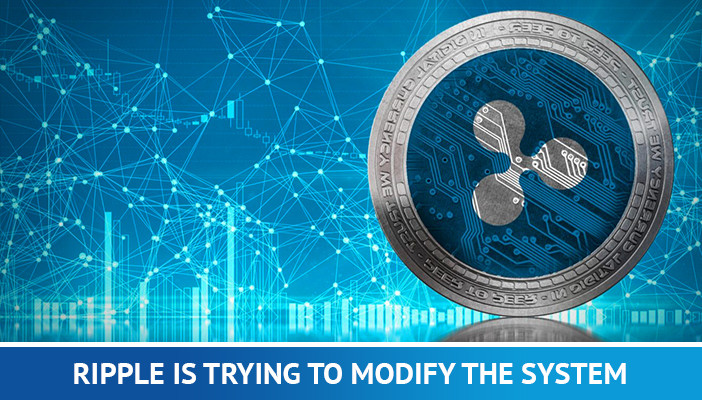 Ripple is a California-based payment network and protocol company that focuses on facilitating transfers between major financial corporations. Established in 2012, Ripple’s idea is not to be your average cryptocurrency.

Some people argue that it’s not even a cryptocurrency.

The reason why Ripple has gained so much attention in the past few years is that the way it operates with mainstream financial players, rather than trying to overthrow them. Many think that this might be the perfect example of how traditional banking might get the best out of blockchain.

Brad Garlinghouse, CEO of Ripple, has stated that:

Cooperating with governments and banks is considered as the most logical thing digital finance companies like Ripple can do. The company has already established important partnerships with WesternUnion, Saudi Arabian Monetary Authority, Lian-Lian, a China-based payment service provider and more.

xRapid, a tool developed by Ripple, is already proven to save transaction costs by 40-70%, without using any foreign exchange providers and has increased transaction speed to a couple of minutes. In comparison, traditional international payments take 3-5 working days to complete.

In 2018, Ripple tested their xRapid tool for payments between the U.S. and Mexico. Other major players on the finance landscape already introduced similar features, following Ripple.

Examples of traditional banks adopting blockchain technologies. Is this the future of banking? 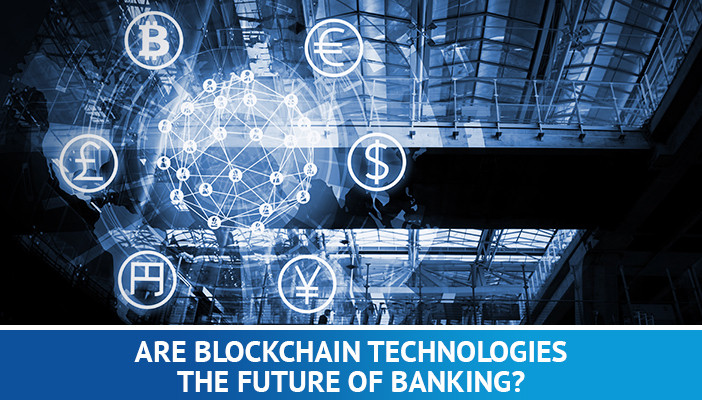 Last year, a Spanish-based international bank Santander launched its Ripple-powered, blockchain-based payment network, named One Pay FX and it became the world’s first bank to do so.

One Pay FX is a mobile application, specifically designed for cross-border payments. It’s backed up by Ripple’s blockchain. The difference between One Pay FX and the above-mentioned xRapid is that One Pay FX doesn’t fully cut out the corresponding bank from the entire process. It’s not changing or replacing the conventional system but modifying it.

There’s the other side of the coin, though. Aren’t cryptocurrencies supposed to be decentralised and remove any middleman? Isn’t the core idea of blockchain to give power to the people? That’s definitely something to consider.

The blockchain technology behind it doesn’t allow network peers to gain access to a shared ledger, which is the basis of major blockchain networks like Ethereum (ETH). However, the technology allows for cutting the cost and time that’s normally required for international fund transfers by banks.

It’s also been said that in the USA, Bank of America, Goldman Sachs and MasterCard are patenting technologies related to blockchain. These companies know that a huge change is going to come on a worldwide level and they will be ready to profit from it by any means possible.

MasterCard currently holds more than 30 blockchain-related patents, including an identity verification patent, a patent for anonymous transactions and a system that can link cryptocurrency with a fiat account.

Visa is not far behind. Though it doesn’t hold patents to that many blockchain-related products like MasterCard, Visa has designed a platform that will incorporate blockchain technology and use API-first strategy. The scalable, flexible and user-friendly platform presents more secure ways to process B2B payments on a global scale.

Another country that’s developing and testing projects related with blockchain technologies is India. India’s Institute for Development and Research in Banking Technology has successfully tested a pilot project related with trade transactions.

It has also been reported that over 15 banks in India are working on their own pilots, building a consortium to test an interbank blockchain platform. The concept is to allow for a shared ledger. By having it, all banking records of transactions will be updated simultaneously. The goal is to reduce errors and streamline errors. 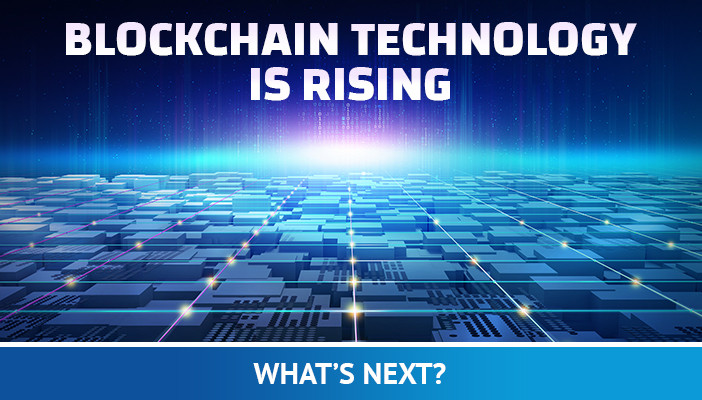 Next, we wait and see.

The biggest advantage of blockchain is that it can potentially reduce time and most importantly, costs. However, many traditional banks are not that cheerful about the idea of moving to blockchain. Shifting to decentralised ways of transferring money means saying goodbye to a large chunk of margin, which for many banks are an important source of income.

However, many banks are starting to incorporate blockchain, without fully giving up their traditional image. Blockchain will be used in certain aspects of the banking business, according to many experts. However, a wholesale change for traditional banking platforms is not likely to happen anytime soon.

There are many use cases for banks to adopt blockchain technology, aside from opening cryptocurrency trading desks. Blockchain is far beyond the testing phase for the world of banking at this point. As mentioned, simplifying and speeding up cross-border payments, improving reliability and transaction accuracy and reducing the settlement process are among the major reasons why so many banks have started investing in blockchain technology.

Smart contracts have also helped the process by removing the need for the middleman and introducing loyalty/reward systems.

Only time will tell what banks will look like, let’s say, 10 or 20 years from now and how much blockchain will transform banking. One thing’s for sure; we’re witnessing a massive change for the first time in centuries.