What Is Ripple And Is It Worth Investing In 2022?

The short answer would probably be “no”.

Ripple is so much more than that.

The first thing to know is that Ripple is both a platform and a digital currency. The Ripple platform is an open source protocol which is designed to allow fast and cheap transactions.

Today, we will introduce Ripple and explain how and why it’s expected to become the king of international transactions worldwide. We will also try to answer the following questions -  What is Ripple? Is XRP a good investment?” and “Should I buy it in 2022?” 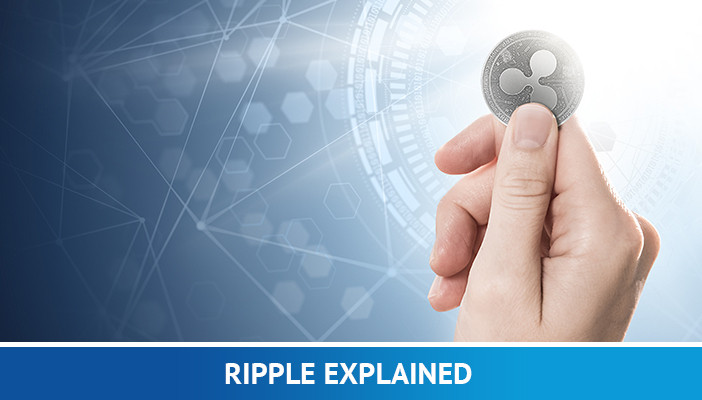 The first thing you have to know about Ripple is that it’s both a platform and a currency.

Ripple’s payment network is called RippleNet and the cryptocurrency is named Ripple XRP.
RippleNet connects banks and other big institutions and gives them the opportunity to transfer money and various other assets through the network.

Each transaction is recorded on a decentralised XRP ledger.

The payment network uses the Ripple XRP currency for all transactions. It reduces the time and money for cross-border payments.

It takes seconds for each transaction to be processed. In comparison, on the Ethereum network, it takes over 2 minutes, while for Bitcoin, it might take over an hour. Traditional banks are even slower, taking between 3-5 business days to complete an international transaction.

Speed is one thing. The Ripple network also offers low transaction fees. Because of these benefits, numerous financial institutions from all over the world are already using Ripple.

Would you consider investing in Ripple?

The core idea of the Ripple platform is to be an open-source protocol that will allow fast and cheap transactions.

Here’s what the company says about its product on the official Ripple website:

“Ripple provides one frictionless experience to send money globally using the power of blockchain. By joining Ripple’s growing, global network (RippleNet), financial institutions can process their customers’ payments anywhere in the world instantly, reliably and cost-effectively. Banks and payment providers can use the digital asset XRP to further reduce their costs and access new markets. With offices in San Francisco, New York, London, Mumbai, Singapore and Sydney, Ripple has more than 200 customers around the world.”

How Does Ripple Work? 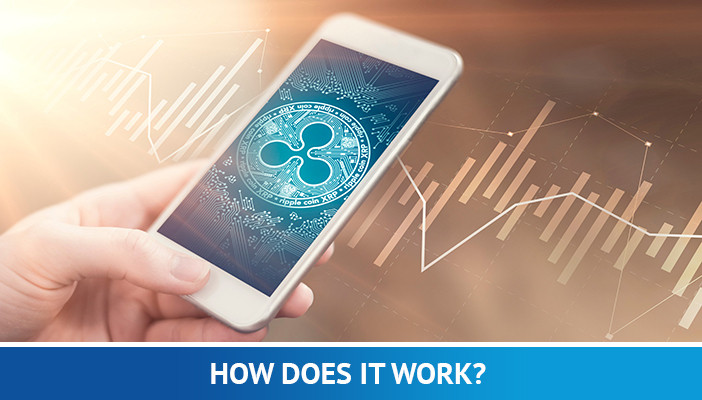 The Ripple network is not associated with terms like block or blockchain. They use the term common ledger, instead. It is managed by a network of servers that independently validate and compare transaction records.

Ripple does use the blockchain data structure but it uses its own consensus protocol.

There are three kinds of nodes in the Ripple system:

Ripple’s consensus process goes on a shared public database between those who validate servers, ensuring integrity.

The validating servers can belong to anyone; from people to financial institutions, such as banks.

The Ripple protocol (XRP) is allowing near-instant money transfer between to parties. In addition, any type of currency can be exchanged, including fiat currencies, digital currencies, gold and other commodities. One of the biggest benefits of using Ripple is that fees are avoided and the lengthy wait times of traditional banking are cut down to seconds.

To conclude our introduction, Ripple is simply a payment network for financial institutions. Its main competitors are systems like SWIFT.

Ripple can also be traded but the main idea behind its creation was not becoming a payment method for purchasing things online. This road is saved for other cryptocurrencies like Bitcoin, for example.

In terms of the coin, Ripple has signed contracts with companies, banks and financial institutions to buy/sell the tokens. XRP is simply a vehicle to transport their money. They can’t be sold on the marketplace and cannot influence the price with buy/sell orders. Banks are buying directly from a centralised entity and by doing so, they won’t lose any money in the process.

The price of ripple on the market, on the other hand, is driven only by regular people and investors/traders looking to make a profit.

Let’s outline the beneficial features of Ripple once again:

Is It Worth Investing In Ripple In 2022? 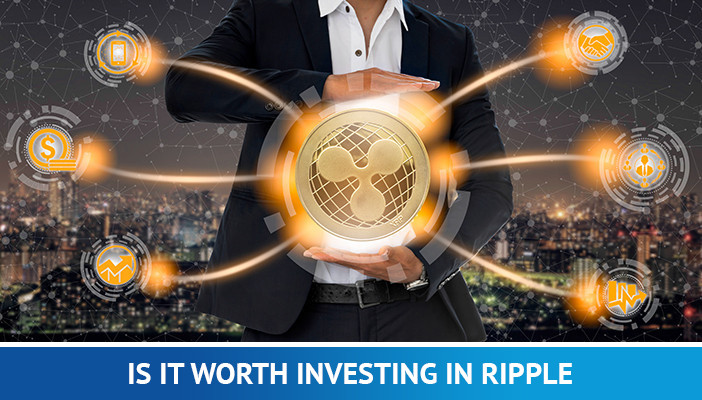 Ripple currently trades at around $0.74, which can’t really compare with the value of Bitcoin or Ethereum, for instance. Also, unlike some other cryptocurrencies, you can’t mine Ripple. However, it’s value has significantly grown in the past year.

There are 100 billion coins created with 47% of them currently in circulation and the rest held by the company. Ripple is not selling the entire supply in the market at once because it could definitely have a negative effect on the price.

When deciding to invest in cryptocurrencies, always keep in mind that it can be risky. Never invest more than you can afford to lose.

Now that you have some basic understanding of what the network looks like, you might decide to invest in Ripple this year. It is not as popular and valuable as Bitcoin or Ethereum, however, it has a lot of potential and many individuals, as well as institutions, have recognised it.

Ripple has increased in value a lot over the past few years, however, there’s plenty of room for improvement and growth. If the price starts to move up substantially, you will be hearing the name “Ripple” a lot more in the future.

Related: Pros and Cons of Investing in Ripple

How Much Will Ripple Be Worth In 5 Years?

Some experts predict Ripple (XRP) to reach the $10 mark in the next 5 years.

Taking that into consideration, as well as the fact that Ripple is currently working with over 100 banks from all over the world, including Bank of America and JP Morgan, you might think twice before deciding to invest in another cryptocurrency that’s not Ripple.

To sum things up, Ripple’s goal is to make sure sending and receiving money through banks anywhere in the world happens instantly and at a very low cost. This is done through their XRP cryptocurrency which is steadily rising in value.

Ripple’s public ledger adds an additional layer of security to the transactions since the ledger is built on Ripple’s own blockchain that cannot be tampered with or changed.

In addition to transactions between banks, civilian peer-to-peer transactions are also possible, creating a lot of potential for Ripple/XRP in the years to come.

Moreover, CEX and European exchanged BitPanda have added Ripple to their platforms.

If Ripple continues to work with more and more banks and increase access for everyday people to XRP, the future is most definitely looking good and that is one of the reasons more traders are consider investing in Ripple.

Ultimately, the technology behind Ripple is innovative and the people behind it are renowned experts. The community is excited to see how everything will play out in the future.

Should I Buy Ripple? 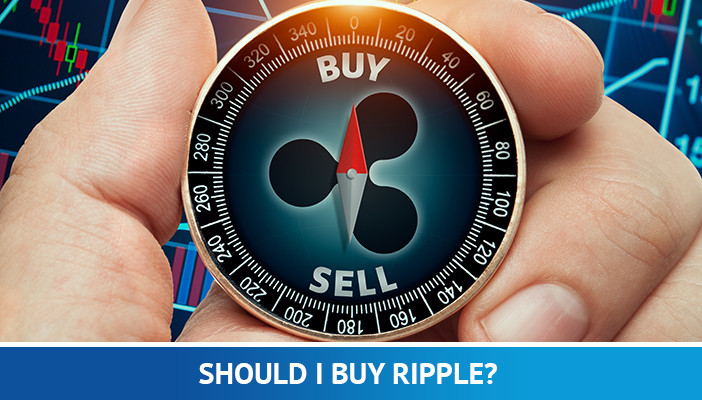 As mentioned above, Ripple is well known for its large partnerships with financial institutions and other global corporations. Top banks have invested in Ripple for many years.

Who should consider adding Ripple XRP in their portfolios?

Is It Worth Investing in Ripple in 2022?

The main advantage of Ripple over the rest of the other 16,000+ cryptocurrencies it that it’s currently being used by over 100 companies from every part of the world.

Ripple was designed to be used by banks, companies and financial institutions as a vehicle for transferring money with speed and precision. However, despite banks being the main target for Ripple, everyday people can use Ripple for money remittance purposes.

For instance, you can send $1,000 to someone living on the other side of the world and the money would reach them in less than 4 seconds. All that will cost less than 1 cent.

Ripple’s market capitalisation is over two billion US dollars and is in the top 10 most popular cryptocurrencies in the world. Also, the Ripple network is trusted by users who consider it “promising” and “reliable”.

Ripple is an ideal way for people who need to transfer money from point A to point B as quickly as possible, without paying additional costs.

More and more companies and banks are implementing Ripple technology into their payment systems. With this trend, Ripple is likely to kill SWIFT’s monopoly on international bank payments.

The bottom line is that you should always do your own research. Make sure you carefully consider all the factors that affect the price of Ripple before deciding whether or not to invest in Ripple (XRP).

Cryptocurrencies are highly volatile. Your capital is at risk

Now you know what What is Ripple and why it's Worth Investing in Ripple in 2022. If you're feeling inspired to start trading Ripple, or this article has provided some extra insight to your existing trading knowledge, you may be pleased to know that etoro provides the ability to trade with Crypto assets and CFDs on up to 90+ cryptocurrencies.

If you enjoyed reading What is Ripple and Is It Worth Investing in 2022 please share it with anyone else you think it may be of interest too.