What Are Smart Contracts? How They Work And Why They’re Important

If you’ve started researching cryptocurrencies then you most likely have seen the word smart contracts appear a fair few times, particularly if you are interested in Ethereum or any of its rivals.

What is a smart contract?

They are just like normal contracts except they are completely digital and automated and work like a computer programme within a blockchain.

When a smart contract is executed, it updates the public ledger. However, they require a pre-existing event or events to take place before they can be executed. In a sense, like a domino effect.

Which cryptocurrencies have smart contracts? 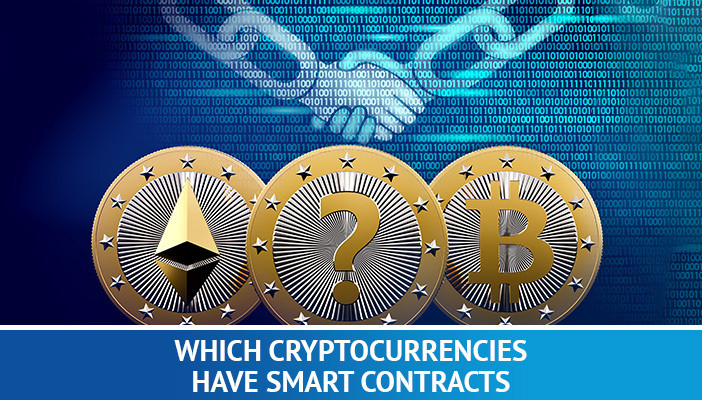 Smart contracts were first integrated into cryptocurrency with Ethereum when it was launched in 2015.

Now there are many cryptocurrencies with smart contract capabilities, such as EOS, Neo and Cardano, to name a few.

With Bitcoin, it is also possible to create and execute smart contracts, but they are less sophisticated.

Ethereum is by far the most popular and well-known when it comes to smart contracts. However, its rivals are getting closer and closer to reaching the same performance.

Cardano, for example, operates with two blockchains, one for normal transactions and a second, especially for smart contracts.

Then there is Neo which can be coded in C#, VB.Net, F#, Java, and Kotlin. While Ethereum users will have to learn Solidity, a new coding language specifically for smart contracts.

It is important to remember that it is still very early to say which cryptocurrency has the best smart contract functionality. Only time will tell.

How do smart contracts work?

As mentioned above, smart contracts are effectively the same as a normal contract but are completely digitalised and require pre-existing conditions to be met before being fulfilled.

Transactions require ‘gas’ to be carried out. This is where a very small amount of crypto is paid in order to complete the transaction.

That said, on blockchains where mining is not required, ‘gas’ may not need to be paid.

Let’s look at an example of how a smart contract would work in real life:

Harry is a business owner who wants to hire web developers to build him a website.

He writes a smart contract on the blockchain for a group of four web developers who have agreed to work for him.

On the smart contract, Harry will set certain conditions to be met for the four developers to be paid.

How do smart contracts relate to dApps?

dApps are essentially a connection of smart contracts working together, feeding each other information.

Smart contracts don’t necessarily have to hold value. All they simply have to do is be activated when pre-existing conditions are met.

What impact may smart contracts have on society? 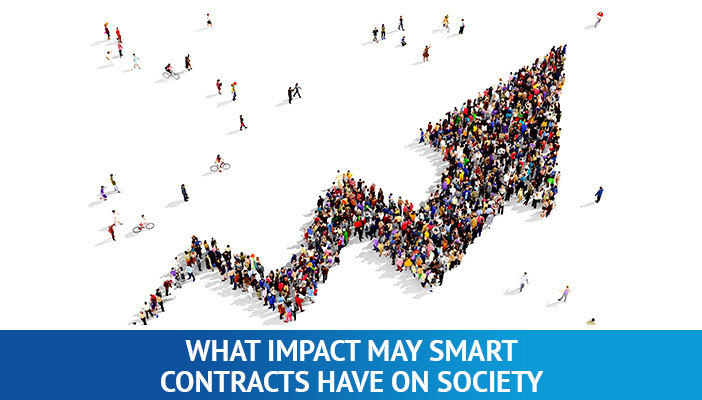 Smart contracts can execute and validate themselves, work continuously and never be changed once created.

By in large, smart contracts can be used to execute payments in real-time that require information to be correct. This makes them very valuable to companies that provide services.

They can also be very useful for buying things from another person who you do not know and therefore do not trust.

A key example of this is buying a car online, particularly a used car, where certain things about the car need to be verified, like mileage or the car’s condition, for example.

Let’s look at some of the ways different businesses can benefit from smart contracts.

Insurance companies can use smart contracts to process claims.

It is even possible for smart contracts to receive information such as a news feed.

This can be useful because if let’s say, your home is hit by a natural disaster, such as a hurricane, the smart contract will be able to verify that this has happened via its news feed and see that your address is in the same area.

It can then release the amount that needs to be given to you.

It has already been suggested numerous times that blockchain technology can revolutionise real estate by keeping track of all real estate records on a blockchain.

Smart contracts can make arrangements easier for tenants and landlords. Again, another example of two parties which may not completely trust each other.

It has also been highlighted that smart contracts can be used to do multiple equity buys, which are where numerous people can buy a house or other forms of real estate altogether.

Smart contracts can be set to require a certain level of social credibility.

The more you fulfil things on time, such as paying rent, utility bills or loan payments, the more it can increase your social credit.

With this social credibility they can get better credit and loans and reduced costs on things like rent.

This can be useful for those who want to rent a property in an area with lots of people wanting to rent the same house. Those with the highest social credibility will be able to rent it.

A smart contract for renting a home could have a certain requirement for social credibility. 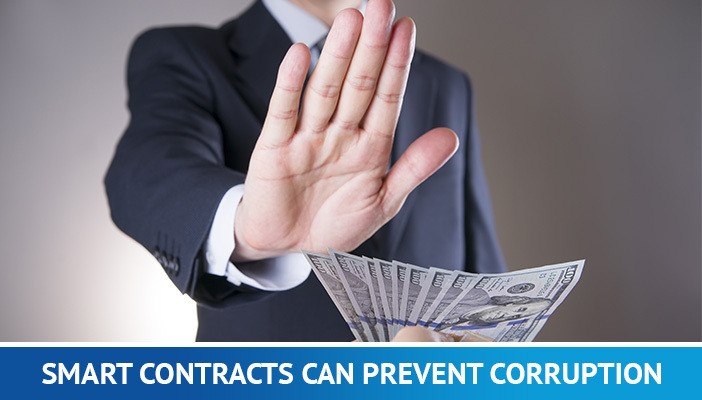 No one can just give away more money to someone out of preference as this will be easily visible, especially if they are all entered into the same smart contract.

Smart contracts are distributed throughout the blockchain and validated. It is transparent and can be seen by everyone.

So even if someone was paid additionally outside the smart contract, everyone will be able to see this.

Smart contracts are also ‘immutable’, which means no one can change them.

To do so would require a hacker to perform a 51% attack, which is where they manage to control 51% or more of all the computers (nodes) on the blockchain and change the consensus.

While smart contracts are an incredible innovation, they are not without fault.

Since actions are immutable, they cannot be changed. They are written into the blockchain and will stay there forever.

This means that programmes that use smart contracts must be very well-thought-out and written before putting them on the blockchain. It may also be a good idea to test them out in a separate environment first.

While this does make things more secure, it does create a problem when you need to close a contract.

For example, a problem like this can occur if an employee leaves a company and numerous people are on the same smart contract.

One way to update a contract is to use another smart contract which will take the information from the original.

It may also be possible to add an action to a smart contract that will prevent it from functioning if certain conditions are met to cancel and void it.

Not just for businesses

Smart Contracts can be used by governments and charitable organisations too.

One way governments can use smart contracts is by allocating funds to different districts of a country based on a census.

This way, when a certain region reaches a certain population, more money can be given automatically to build roads, bridges and other useful infrastructure.

There are also non-profit organisations that are attempting to use smart contracts to allow people to rent gardens and rooftops to farm in cities.

Other professions such as lawyers are also likely to be affected by smart contracts.

Lawyers and others who handle transfers of information will likely need to learn coding languages if they one day need to use smart contracts or hire a smart contract developer.

Or they may not be needed at all when checking information as everything will already be on the blockchain.

Why are smart contracts important to cryptocurrency trading? 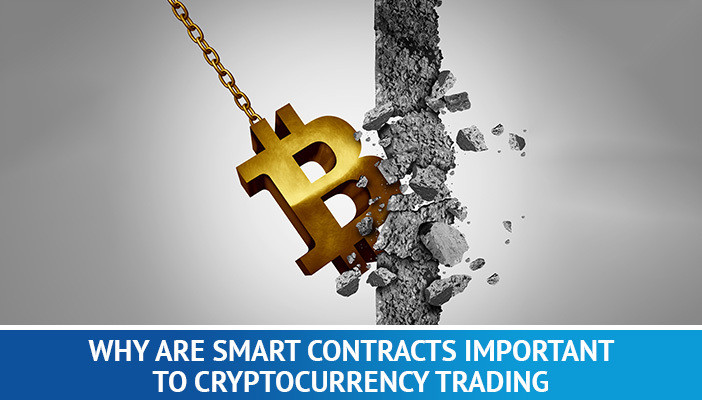 Because they offer more value behind the cryptocurrency.

One of the major hurdles cryptocurrency faces is that of adoption. It needs to be taken up by more and more people before being seen as a viable alternative to fiat money.

There are critics that argue that cryptocurrency is not worth anything as it is not tied to anything like gold or the US dollar.

Such critics neglect the fact that cryptocurrency has many different applications. The biggest of which is smart contracts and how they can be used gives value to cryptocurrencies.

They can also a bridge for businesses to get involved in crypto.

If they start adopting them for smart contracts and dApps, they may start using cryptocurrency for other methods of payment as well.

Theoretically, the more a cryptocurrency is adopted, the more value there is behind it.