The Ultimate Guide to Bitcoin: What Is it?

Everything you need to get started in Bitcoin

What is Bitcoin? Let’s get straight to the point. If this is the first time you’re reading an article on Bitcoin - one of the most popular words we keep coming across on the economy and finance section on our news websites - we want to make sure you end up knowledgeable and ready to participate in discussions. There are, in fact, many discussions about Bitcoin and it seems like as the years go by, the fuss around it is not fading away.

We think everyone should know at least the basic principles behind the most popular cryptocurrency so that they can express an opinion and realise for themselves whether it’s something to benefit from or rather reject. 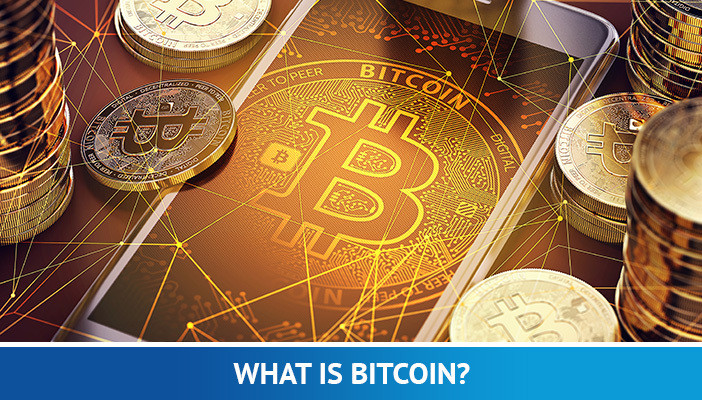 Quite simply, bitcoin is money.

Think of Bitcoin as a digital asset.

It’s a cryptocurrency, which basically means a decentralised and encrypted digital currency. There’s no central bank, administrator or any other intermediaries.

Bitcoins can be sent from one user to another on a P2P (peer-to-peer) Bitcoin network.

Bitcoin is the online version of cash.

Though the idea is to use it to buy products and services, there are not a huge amount of shops or companies that accept Bitcoins as payment yet. Their number, however, is rising as the days go by.

Let’s talk about who created Bitcoin and give him/her/they the recognition they deserve.

Satoshi Nakamoto has been credited with developing Bitcoin in 2009, however, it’s a well-known fact that this is just a pseudonym for a single person or a group of people who were working on the idea.

Nakamoto basically disappeared from the Internet back in 2011 and left only a few clues as to who he/she/ they might be.

Fun fact: over the years there were a lot of people who have publicly claimed that they were Satoshi. Most of them, however, couldn’t provide any solid proof to support their statements.

A journalist once announced that Dorian Nakamoto from California is the true “creator” of Bitcoin due to discovering a lot of similarities between the two personas. The claim was disproved by Dorian, though.

The anonymity of the creator is essential and many agree on that. Due to the nature of the creation, removing the one and only identity that can be associated with Bitcoin removes every influence on politics, rules and decision-making of the community. It all becomes a self-sustained system for the people with absolutely no influence whatsoever.

How is Bitcoin created? 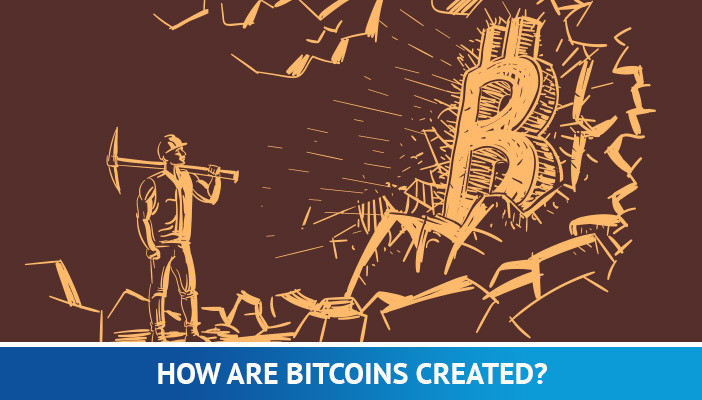 Bitcoins are created through a process called mining. The core technology behind it is called blockchain technology.

It’s dependent on a network of nodes, ensuring the integrity of transaction history by achieving consensus. Validation is one part of the process.

When a transaction has been validated, nodes will race, using trial/error to solve a difficult mathematical puzzle which requires heavy computing resources.

The first computer to solve the equation will be rewarded with Bitcoins.

This process is called “Bitcoin mining” and the protocol is referred to as Proof of Work (PoW).

Keep in mind that bitcoin mining requires a lot of energy, hardware and bandwidth. If you decide to do this at home, the cost of electricity will most probably outweigh the Bitcoin value you will mine at the end.

Let’s talk about the main characteristics of Bitcoin: 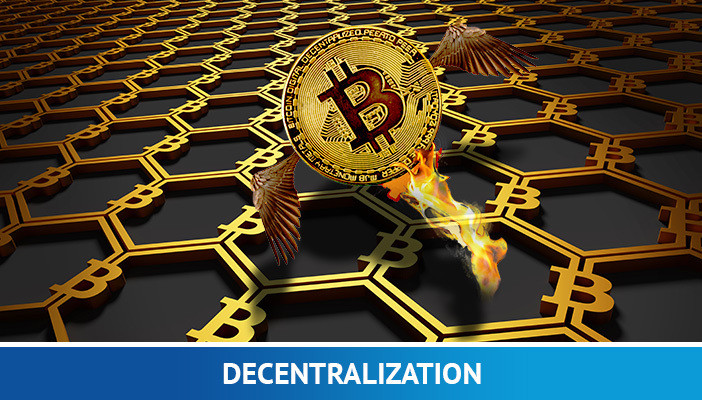 One of the most important characteristics of Bitcoin is that it’s decentralised. There is no single institution or entity that regulates the Bitcoin network.

How is it maintained?

By a group of volunteer coders and run by an open network of computers, located all around the world.

This type of operation is attractive to many people and groups who are quite uncomfortable with the control banks and government exercises on their money.

With Bitcoin, each financial transaction is maintained by the open network, it’s owned by no one and you don’t have to pay any fees to anyone.

How many are out there?

The total amount of Bitcoins that can ever exist is 21 million.

There are currently over 17 million Bitcoins in existence. This number, however, can change about every 10 minutes when new blocks are mined.

Each block adds about 12.5 Bitcoins into circulation.

There are over 3 million Bitcoins yet to be mined.

3-4 million Bitcoins have been lost over the years due to people forgetting their digital wallet information (more on that below).

Where do you keep your Bitcoins?

You keep them in a digital wallet.

What it is stored in the wallet is a secure private key, used to access Bitcoin addresses and conduct transactions.

You can log in at any time and check your balance. However, keep in mind that you have to be very careful when it comes to storing your password and key. If you lose access, you’ll lose your wallet and the amount you have inside.

Traditional forms of payment, such as bank transfer, can be tracked and if needed, reversed.

However, that’s not the case with Bitcoin. If you sent money, you can’t recuperate it. Double-check the address you are sending the Bitcoins to. 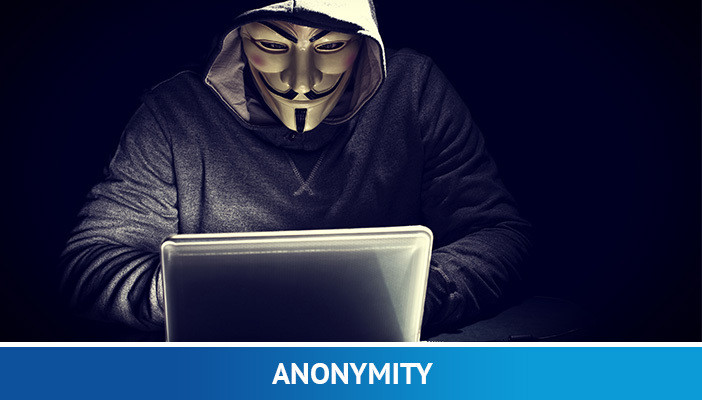 Speaking of transactions, the absence of “validator” or any form of central regulation means that users don’t need to identify themselves when sending bitcoin to another user. When you submit a transaction request, the protocol has to confirm that the sender has indeed the necessary Bitcoin and the authority to send them. The system doesn’t need to know your identity.

You will be identified only by the address of your wallet.

This characteristic of Bitcoin has made it quite appealing to the black market.

Though, law enforcement has developed methods to identify users if necessary.

Today, one Bitcoin cost over $10,000. However, there are smaller units than one Bitcoin. The smallest of them all is called a satoshi and it’s one hundred millionth of a Bitcoin (0.00000001) which is, at today's prices, about one-hundredth of a cent. This allows for microtransactions which traditional electronic money can’t be used for.

Another important characteristic of Bitcoin is that it’s highly volatile.

Its highly volatile nature undermines the ability of Bitcoin to function as a proper currency, however, it’s also a characteristic that attracts investors and crypto enthusiasts.

Factors that can explain why Bitcoin is so volatile are news events, market size, regulation, low liquidity, inequality of wealth and more. 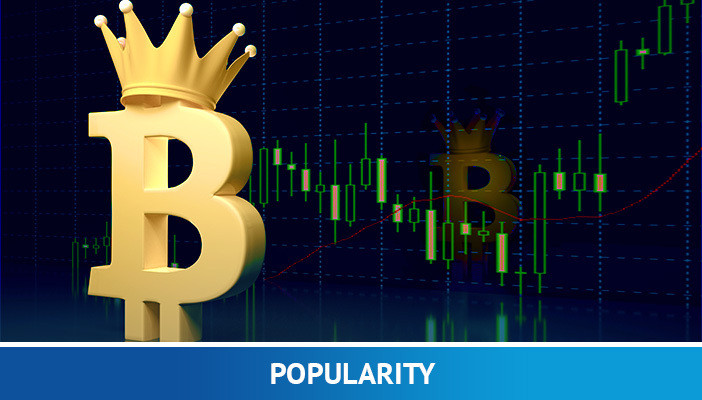 Why is Bitcoin so popular and many consider is a valuable asset? Well, that’s probably because it’s not controlled by the government or any bank. People can also spend their Bitcoins without providing tonnes of personal information. Transactions are recorded but no one knows which account number was yours.

People are also willing to exchange them for real goods, services and even cash.

Not just that but it’s also very difficult to copy Bitcoins, make fake ones or spend ones that you don’t own.

Though Bitcoin and other cryptocurrencies are frequently used on the black market because of their anonymity, there are plenty of big companies that accept Bitcoin as a legitimate payment.

Some of them include Dell, Microsoft, Expedia, Overstock.com, etc. You can also pay your Subway and KFC order in Bitcoins in Canada.

Bitcoin has also become very popular in third world countries among people who don't have access to traditional banks.

In time, more and more places are expected to allow the use of Bitcoin.

How to get Bitcoin?

In addition to the process of mining, which we explained earlier, there are some other ways in which you can obtain Bitcoin. Here they are: 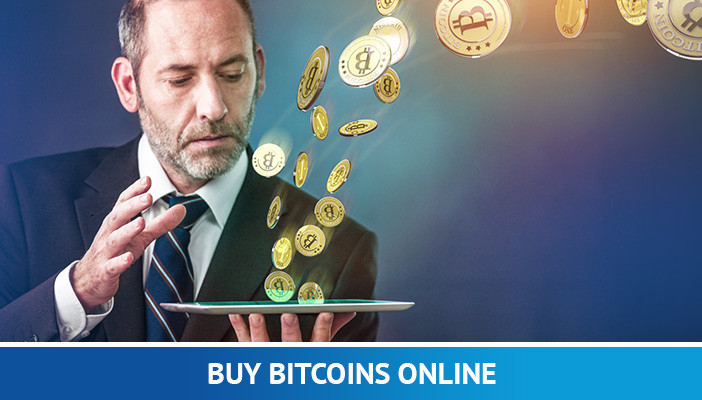 Before thinking about buying Bitcoins online, download a Bitcoin wallet. There are four types of wallets that you can use: mobile, web, desktop and hardware.

Once you download a wallet you have to set up an account on a cryptocurrency exchange that has to be approved by your wallet provider.

Bank transfer or credit card payments are accepted by most exchanges.

That’s right. If you don’t feel like buying Bitcoin online, you can do that in person.

Use websites like Coin ATM Radar to help you find a Bitcoin ATM nearby. It is very similar to a regular ATM, except you trade cash for bitcoin.

You can also use websites like LocalBitcoins to discover people who are willing to exchange Bitcoin for cash in person.

Do things online for Bitcoin

One way to get Bitcoin is by playing mobile or online games. You can play games on your phone and actually get paid in Bitcoin. However, you should keep in mind that you will get a lot of advertisements because after all, these Bitcoin faucets are in it for the money.

Another way to earn Bitcoins is by completing tasks on different websites. Some companies will pay you in Bitcoin if you test their websites, retweet/share posts, take their surveys, etc.

Some cryptocurrency blogs, forums on news outlets can also pay you in Bitcoin if you contribute your insights and knowledge and publish it on their website/blog.

We hope that after reading The Ultimate Guide to Bitcoin: What Is Bitcoin, you know more about Bitcoin and have already thought about the possibility of you being part of the Bitcoin community.

If not, maybe next time when someone mentions it, you can become part of the discussion and give your well-informed opinion.

Keep your mind open. Don’t reject what is considered as one of the 21st century’s biggest technological breakthroughs. We can’t deny that with the rise of Bitcoin, the Financial landscape of the world has surely changed a lot. Bitcoin is challenging the way people think about money and with that, the traditional financial models.

Who knows where the cryptocurrency frenzy will take us next!

If you have enjoyed reading The Ultimate Guide to Bitcoin: What Is Bitcoin? please make sure you check out some of our other articles on Bitcoin and other Cryptocurrencies here. And don't forget to give it a like and share it with anyone else you think it may be of interest too.