20 Insane Bitcoin Facts You Should Know

Unless you stay away from the Internet or live in a cave (which you don’t because you are on our website, Trading Education), you’ve probably heard about Bitcoin.

Though, there are still people who have strong negative views and opinions on what Bitcoin truly is, its legitimacy and whether it’s beneficial to society. Such discussions, however, are meaningful and it’s important for people to know everything there is to know about Bitcoin so that they can contribute to the ongoing dialogue about the cryptocurrency and its potential. There’s always something about Bitcoin that leaves us to ponder.

One thing that’s for sure is that Bitcoin is no fraud. Trading Education wants to make sure that people are well-educated on the topic of cryptocurrencies and Bitcoin specifically and know the facts before questioning its relevance. Here are some interesting facts about Bitcoin to start our discussion with: 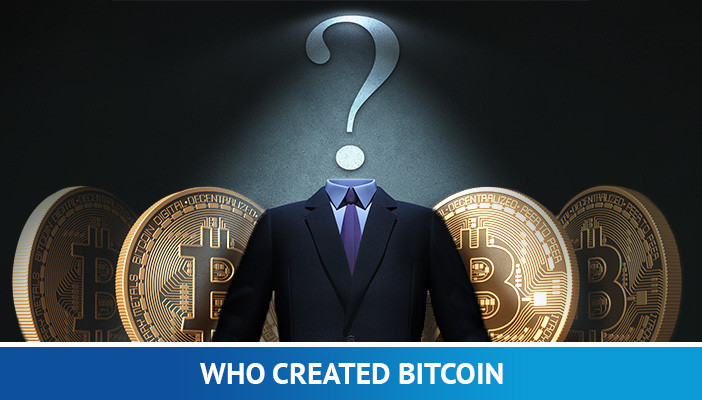 Although Satoshi Nakamoto has been credited with developing Bitcoin in 2009, we know that most certainly this is a pseudonym for a single person or a group of people who were working on the idea. Nakamoto vanished from the Internet back in 2011, leaving only a few clues as to who he/they might be.

Over the years, there were many people who have publicly came out as Satoshi. However, most of them failed to support their statements with solid facts.

Dorian Nakamoto from California was given the title of Bitcoin “creator” by a journalist who thought that there were many similarities between the two Nakamotos. This claim was disproved by Dorian, though.

Probably the most well-known case of someone claiming to be Satoshi is that of Craig S. Wright, an Australian academic. He has tried multiple times to provide evidence, however, hasn’t been successful to this day. All the “proof” turned out to be fabricated.

Many people agree that the creator of the first decentralised currency should probably remain anonymous due to the nature of their creation. After all, removing the one single identity that can be associated with Bitcoin removes every influence on politics, rules and decision-making of the community.

2. How many Bitcoins are there?

There’s a fact about Bitcoin you should know. There’s a limited amount of Bitcoin. When Bitcoin was founded, the creator of the cryptocurrency only made 21 million. Right now, over 16 million are in circulation, however, more are being mined every day. 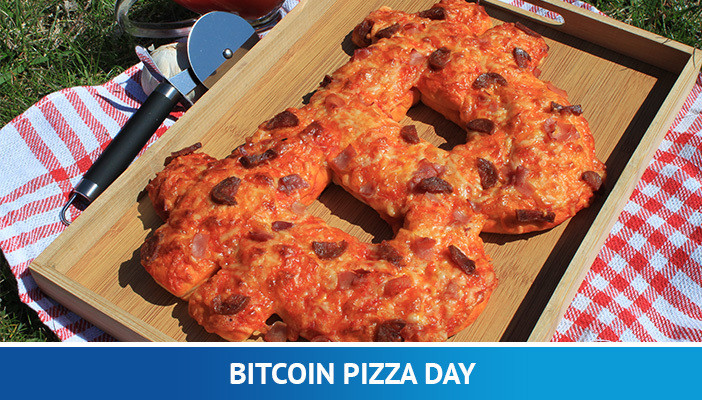 Did you know that May 22nd is celebrated as Bitcoin Pizza Day?

On May 22, 2010, a programmer from Florida, named Laszlo Hanyecz, successfully traded 10,000 bitcoins for two Papa John’s Pizzas. That was the first purchase done ever by using Bitcoins.

At that particular time, 10,000 Bitcoins were worth approximately about $41.

4. The FBI is owning one of the largest Bitcoin wallets

A few years ago, the FBI shut down the Silk Road which was a big black market website where Bitcoin was frequently used to make different purchases. FBI acquired all the Bitcoins that were circulating around the website, which is around 1.5% of all the world’s Bitcoin.

You store your Bitcoins in a digital wallet. You can log in and check your balance. One thing, though, you have to be very careful when it comes to storing your password and key, which is what allows you to access your digital Bitcoin wallet. If you lose this access, you’ll lose access to your Bitcoin wallet and the amount you have inside.

It's thought that around 20% of the entire Bitcoin supply is 'lost', primarily due to misplaced or stolen keys, or laptops or computers that have been discarded. 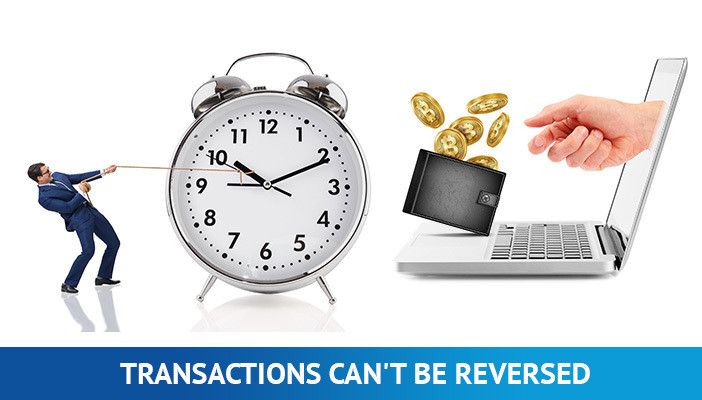 More conventional forms of payment, such as bank transfer, can be tracked and, if needed, reversed. This isn't the case with Bitcoin. Once the money has been sent, you can't recoup it. It's vital, therefore, that you double-check the address you're sending the funds to.

8. Bitcoin has been sent to space

In 2016, the cryptocurrency became the first to make it out of the Earth's atmosphere and into space. Cloud provider Genesis Mining tied a Bitcoin paper wallet and a 3D model of Bitcoin to a weather balloon, using a GoPro to track its progress. Successful transactions were carried out at 20 and 34 kilometres altitude.

9. A unit of Bitcoin is called a 'Satoshi byte'

Just as dollars can be divided into cents and pounds into pence, Bitcoins also have their own denominations, but they're much smaller. Named after the mysterious inventor of the cryptocurrency, 1 Satoshi byte is worth 0.00000001 Bitcoin, a tiny amount! 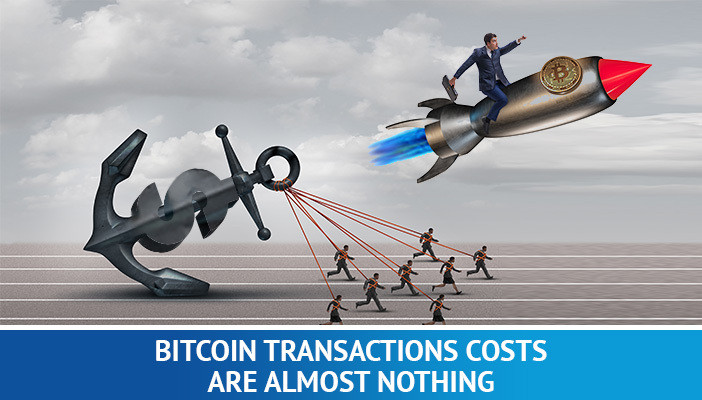 PayPal and banks require their customers to pay transaction and other types of service fees. The good news is that Bitcoin transactions can be carried out free of charge because there's no middleman! True, some exchanges charge a small fee, but this is simply to pay those who 'mine' Bitcoin and release it into the system.

11. The sender/receiver details are hidden

Bitcoin addresses are a long string composed of 34 alphanumeric characters. Just by using this address it’s impossible to know who’s the recipient. That’s one of the main reasons why Bitcoin is a preferred method of conducting illegal transactions. Most wallet programs also assign each user a portfolio ID, used as a username, to further protect the privacy of the senders/receivers.

No law states that holding or trading Bitcoin is illegal. Many governments have tried to do so and failed.

Bolivia, Vietnam, Bangladesh and Thailand, among others, have attempted to prevent cryptocurrency trading, citing threats to their financial systems. However, because of the nature of the system, it's virtually impossible to ban altogether. It must be regulated instead.

So, while Bitcoin trading and mining are illegal in several countries, it still occurs almost everywhere in the world.

Bitcoin is highly volatile. The world’s largest digital currency has surely generated a great return for some investors. However, Bitcoin has a highly volatile nature which undermines its ability to function as a proper currency. Predictions have also been made that Bitcoin might fall in the future if it follows its current path.

Market analysis has pointed out numerous factors that can explain why bitcoin is so volatile. Those include news events, market size, inequality of wealth, regulation, low liquidity and more.

14. You can use Bitcoin to purchase stuff!

Bitcoin and other cryptocurrencies are frequently used on the black market due to their anonymity. However, note that it’s not just used on the black market. Dell, Microsoft, Expedia, Overstock.com and more big companies accept Bitcoin as a legitimate payment. Several other high street chains now accept Bitcoin payment, including Subway and KFC (in Canada), while Bitcoin has become increasingly popular in third world countries among people who don't have access to traditional banks.

In time, more and more places will likely allow the use of Bitcoin and will even offer payment in Bitcoins.

15. Bitcoin creates a lot of energy

Bitcoin mining is a big business and it requires vast amounts of computer processing power. Various estimates of just how much CO2 it uses equate to around one million transatlantic flights, or the equivalent of the energy output of the Republic of Ireland, New Zealand, Hungary or Peru.

Basically, if Bitcoin miners were a country, they would rank 61st in the world in terms of electricity consumption. It has been said that around 2.5 million people could be powered by Bitcoin mining and this is something we have to consider in the future.

While Bitcoin has undoubtedly disrupted the technology sector in recent years, its incredibly wasteful process needs to be improved.

16. Bitcoin is created through mining 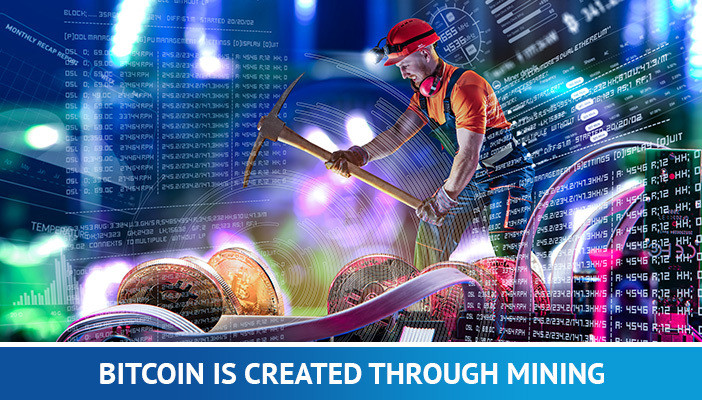 Speaking of mining and energy, let’s talk about how Bitcoin is created.

The process is called mining and the core technology behind it is called Blockchain technology. It’s dependent on a network of nodes, ensuring the integrity of transaction history by achieving consensus.

One part of the process is called validation.

Once a transaction has been validated, nodes need to race, using trial/error to solve a mathematical puzzle of high difficulty levels, requiring heavy computing resources.

The first computer in the network that manages to solve the equation will be rewarded with Bitcoins. This process is called “mining Bitcoins” and the protocol is referred to as Proof of Work (PoW).

Bitcoin mining requires a lot of energy, hardware and bandwidth. Therefore, if you plan on doing this at home, the cost of electricity will likely outweigh the value of Bitcoins you will end up mining, so keep that in mind.

17. You have to account for Bitcoin on your taxes

Regulations for Bitcoin are in fact still in the making, however, the U.S. government has declared that Bitcoin - as well as other cryptocurrencies - are in fact capital assets, just like bonds and stocks. Keep in mind that if you don’t account for the Bitcoins you are in possession of, you could be on the hook for tax evasion.

Make sure you double-check the laws in your country and follow them correctly.

We’ve already mentioned that Bitcoin has a limit of 21 million in circulation. However, something bizarre happened on August 2010, known as the “value overflow incident”. A vulnerability in code allowed someone to conduct a transaction, resulting in the creation of over 180 million bitcoins.

The error was taken care of right away and we got our limit of 21 million Bitcoins back.

19. Bitcoin was not the first attempt at making a P2P digital currency. 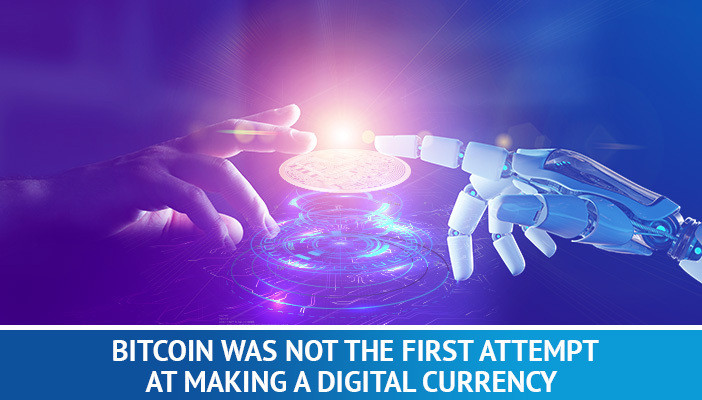 Many people think that Bitcoin was the first attempt at making a digital currency, Well, it’s not exactly like that.

Wei Dai’s B-Money, Nick Szabo’s Bit Gold, Adam Back’s Hashcash and David Chaum’s DigiCash were the precursors to Bitcoin. Unfortunately, each of those currencies failed to gain traction because of their proposed centralised systems.

20. Not the only one to watch out for

Bitcoin is not the only cyber currency, though it remains the most highly valued one. Bitcoin gets almost all the media coverage but these days there are so many cryptocurrencies to choose from if you are interested in investing and trading.

Right now, there are over 2,500 cryptocurrencies in total.

Ethereum, for instance, is another popular cryptocurrency that was funded through crowd-funding and went live back in 2014.

There are differences, however. Ethereum exists within its own network and is used more for gambling, investing, dApps (decentralised applications) and smart contracts rather than for everyday purchases.

To sum it up, Bitcoin should definitely be considered as one of the 21st century’s biggest technological breakthroughs.

Everyone has heard of it, participated in a discussion about it or is interested in being part of the Bitcoin community. That’s why we, at Trading Education, thought it’s beneficial for everyone to know and be familiar with the Bitcoin facts on our sheet.

With the rise of Bitcoin, the Financial landscape of the world has surely changed a lot and with it, the traditional financial models and the way people think about money.

The 20 facts we listed on our Bitcoin fact sheet are just the beginning. The world of Bitcoin is complex and for the majority of people, it will be a little bit hard to understand. However, we believe that these unbelievable Bitcoin facts will somehow clear up a few important and interesting aspects of Bitcoin for many of you.

No one knows where the cryptocurrency will take us next…