Silk Road may have damaged Bitcoin’s image for the long term. It forever made it synonymous with drug dealing and illegal activity.

Years after the hype and eventual shut down of Silk Road, politicians still echo the belief that Bitcoin and other cryptocurrencies are only useful for performing illegal activities, such as buying drugs.

Silk Road's success was largely down to the combination the anonymity of Bitcoin and Tor which made it difficult for the FBI to track down those involved with the website.

It made it possible for thousands of people to buy and sell drugs and other illegal products and services online.

Will politicians finally start accepting that Bitcoin is more than a tool for those who want to perform criminal behaviour and start seeing how it can be implemented in the real world?

Only time will tell. Until then, let’s look at the Silk Road story and see what made it so unique.

We’ll then talk about where we are today and if Bitcoin is really worth using to perform criminal acts. 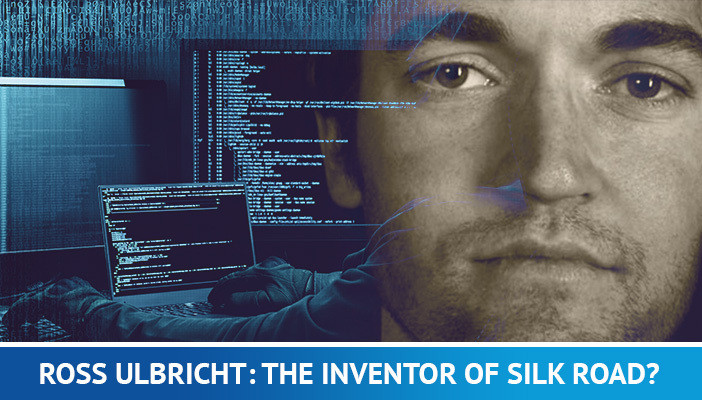 Silk Road is believed to have been invented by Ross Ulbricht.

He was an economic libertarian who believed that people should be able to buy and sell whatever they wanted as long as it didn’t involve violence.

Despite Ulbricht growing up to create the criminal enterprise of Silk Road, he actually had a good upbringing.

Ross Ulbricht grew up in the suburbs of Austin, Texas, and was even a scout as a child and focused hard on his education.

As a young adult, Ulbricht earned a scholarship for the University of Texas to study physics.

He was then awarded another scholarship at Penn State for a masters in material science and engineering.

While at university became interested in libertarianism, particularly the works of Ludwig von Mises. He developed the belief that government control was bad.

It was at some point in 2009 that Ulbricht wanted a change in life and decided to become an entrepreneur.

He started a used book company Good Wagon books and even donated some of the proceeds to charity.

However, the business didn't go too well and he shut it down. He also attempted to set up a variety of other businesses, most of which failed.

It was after this point Ross Ulbricht supposedly invented Silk Road.

How did Silk Road work? 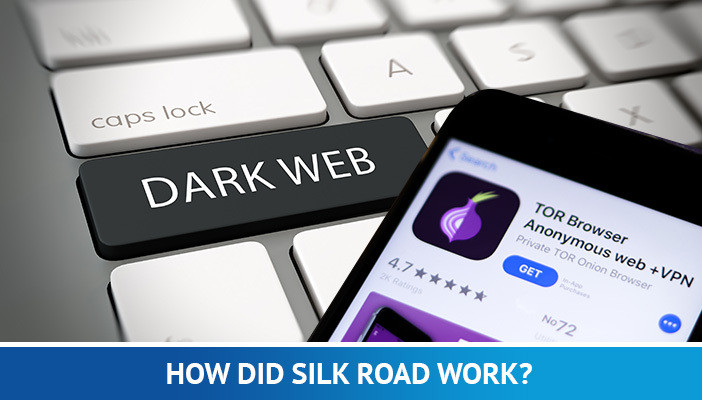 Ross Ulbricht uses the anonymous service Tor to set up his site, a service often used by people looking for more privacy.

Tor was originally set up by the US military but is now open-source and publicly funded.

Ross Ulbricht supposedly used the pseudonym ‘Dread Pirate Roberts’ (DPR), which is based on the character from the film The Princess Bride and ‘Altoid’.

Despite the use of pseudonyms, he wasn’t very good at hiding his tracks and it wasn’t very hard for him to be tracked down.

Silk Road was named after the historical trading route that linked Europe to east Asia.

Approximately 70% of what was sold on Silk Road was drugs, but there were also legal services and products sold as well.

Certain things, such as child pornography and weapons were banned in the site’s terms and conditions.

Bitcoin was the only method of payment supported. Those that wanted to use the service would have to first buy Bitcoin.

At its high point, Silk Road supposedly generated $1.2 billion in sales and had over 960,000 users, 30% of which were believed to be from the USA.

Before Silk Road, there was another website called “The Farmer’s Market”, often considered a precursor, however, it didn’t use Bitcoins.

The origins of Silk Road, like Bitcoin, can be connected to the cypherpunks movement and their belief that the Internet should be a place free of government, where people can do as they please.

Silk Road was also very political, many signed up to it because they were against the war on drugs, aside from being drug dealers.

One of Silk Road's missions was to lower street crime and end the war on drugs. By having an online marketplace, it could remove dealers from the streets.

Supposedly, DPR was planning to use the darknet to organise six assassinations on people, however, this is still widely debated if this is accurate.

None of the murders took place and it would have been against Ulbricht’s principle of non-violent means.

DPR wanted to use murder-for-hire service for a potential informant and blackmailer who supposedly threatened to reveal the identity of thousands of other users.

In total, it is believed that he spent over $700,000 on murder-for-hire services, but none of the murders ever took place.

Ross Ulbricht was arrested in a library in San Francisco. When Ulbricht was caught, he was using the Silk Road website.

He received life in prison plus 40 years for money laundering, computer hacking and conspiracy to traffic narcotics.

It is estimated that at the time Ulbricht was arrested, he was worth $28.5 million.

But the arrest of Ross Ulbricht didn’t immediately end Silk Road. After being shut down in 2013, Silk Road 2.0 continued operations under the previous administrators.

Silk Road 2.0 was also run by someone calling themselves Dread Pirate Roberts, further complicating the issue of Ross Ulbricht being DPR.

However, Silk Road 2.0 was quickly shut down in 2014 by the FBI and Europol. Again though, another variation popped up, Silk Road 3.0.

Silk Road 3.0 eventually went offline in 2017 due to loss of funds.

Some argue that by taking Silk Road offline, it only ended up with more hidden sites appearing in its place. It might not be possible to completely stop people from selling drugs online.

The FBI believed they uncovered DPR when they found an old post on the Internet talking about the Silk Road under the pseudonym ‘Altoid’ which mentioned Ulbricht's full name and email address. A big mistake on his behalf.

However, there has never been any definitive proof that Ross Ulbricht was DPR.

It is worth mentioning that DPR may not have been just one person, no one can be completely sure if it was numerous.

In the film The Princess Bride, Dread Pirate Roberts was also a pseudonym handed over from different people.

Many want Ross Ulbricht released and don’t believe that he was capable of hiring someone for murder for hire. Multiple people using the pseudonym may explain this.

Though Ross Ulbricht’s political beliefs were echoed through DPR, he had no experience in computer coding or scaling large internet companies.

Ross denied being DPR, however, when the case came to court, he claimed that he did create Silk Road.

Ulbricht’s family didn't know what he was doing. He told them he was working as a freelancer work on computer finance. 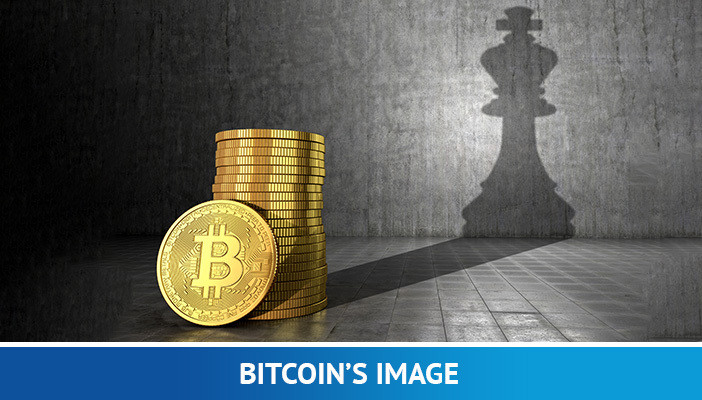 Even today, in 2019, six years after Ulbricht’s arrest, politicians are still talking about Bitcoin as a way to buy and sell drugs the darknet.

Take Donald Trump’s post on Twitter on the 11th July 2019, he, like many other politicians, still believe that Bitcoin and cryptocurrencies, in general, are to be used to conduct illegal activity.

“I am not a fan of Bitcoin and other Cryptocurrencies, which are not money, and whose value is highly volatile and based on thin air. Unregulated Crypto Assets can facilitate unlawful behavior, including drug trade and other illegal activity....”

This is a big problem because if politicians say this, people who do not know anything about cryptocurrency will also believe it to be true as well.

It may be that they really have a problem with is anonymity, people being able to conduct business online without being traced.

One of the good things about Silk Road is that when the news broke out, it actually got Bitcoin attention and more people started to get interested in it.

Sure, while many people’s interest in Bitcoin was originally because of Silk Road, they quickly saw the other benefits of its use.

A classic tale of all publicity is good publicity.

Over time, it is likely that Bitcoin’s image will continue to improve as events like Silk Road are forgotten about and more people learn the benefits of using it.

Do people still use Bitcoin for illegal activity? 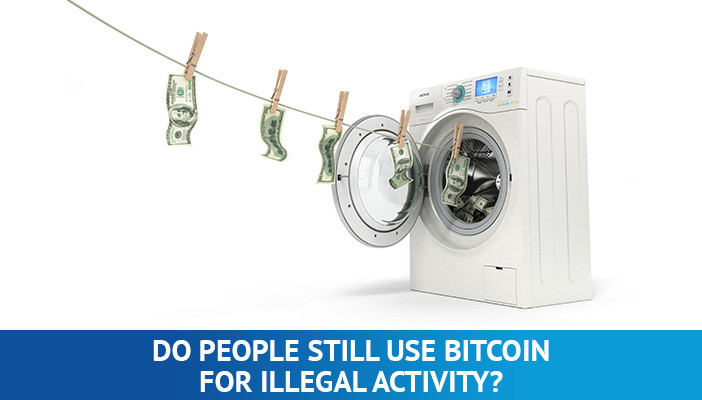 Yes, unfortunately, this is still true and many other cryptocurrencies also have this problem.

However, it should be mentioned that actually, most people who use Bitcoin do not use it to conduct criminal activity. This is a myth.

Further to that, physical cash is much more appealing to criminals as it cannot be traced. The US dollar, for example, is far more used for illegal purposes than Bitcoin because of this.

Over time, as regulations are put in place, it may be possible to prevent this and track individuals who use Bitcoin and other cryptocurrencies to sell illegal products.

Is Bitcoin really worth using to pull off illegal activity?

As you probably know, Bitcoin uses a public ledger which is where all the information about every transaction is stored.

While public addresses are anonymous, it isn’t too hard for people to figure out who is involved in making transactions if you follow their history.

With a bit of research, you can work out what it is they are likely transacting based on the size of the transactions.

Today, other cryptocurrencies, such as Monero are becoming more popular for illegal activity because they do not use a public ledger and all transactions are hidden.

Researchers also believe that the Bitcoins that were gained from the WannaCry attack were then converted into Monero.

Dash and Zcash can also be used in a similar way to Monero as well.