Monero (XMR) is perhaps one of the most well-known privacy coins available today, but is it the best one out there? What does it offer traders that the others don’t?

Launched in April 2014, Monero is about as secure and secretive as you could get.

It has by far has the most comprehensive security algorithm of any of the top cryptocurrencies today and is ranked the 10th largest by CoinMarketCap at the time of writing.

Is it worth investing this privacy coin? Can it move past its shady image and deliver performance that ordinary people appreciate and want?

What is Monero trying to achieve?

Not much is known about the people behind the Monero cryptocurrency. On their website, almost all the contributors are anonymous.

The lead developer is known as Fluffypony, whose real name is Riccardo Spagni and is from South Africa. He first became interested in cryptocurrency and Monero through mining.

The Monero team believe privacy is the most important thing cryptocurrency needs and Monero focuses largely on untraceability and unlinkability.

Many misconstrue that this means people want privacy to shady and illegal things, however, that is not the whole truth.

Privacy is also important because, with many cryptocurrencies, all the information is displayed publicly on the blockchain and people can scan the wallets of others and see where their money is going.

Would you be comfortable with your employer knowing what you spend your money on?

Or if you are a business, you probably don't want suppliers to know how much money you have because they could then change pricing accordingly.

This also raises questions about how your financial information can be used by those with bad intentions.

Credit card companies, for example, don’t give away such information, their clients are protected.

With Monero, your information as a sender or receiver is secure as well as the amount that was sent.

Monero does not recommend or condone the use of Monero coins to make transactions that break the law.

That said, some have criticised Monero’s lack of action in preventing such behaviour and protecting its users.

How does Monero work? 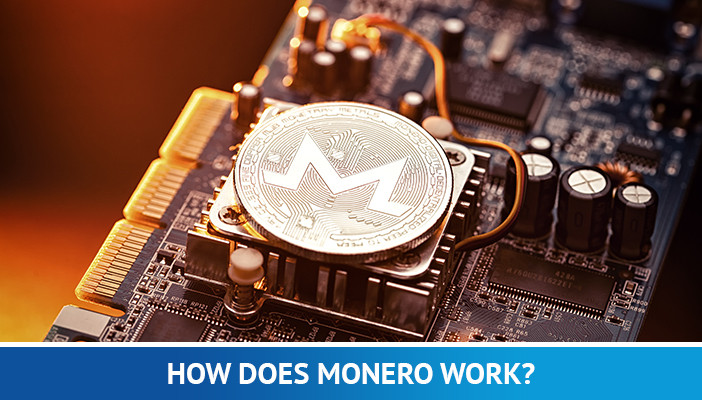 Monero is coded mostly in C++, uses a proof of work algorithm and is open-source.

Blocks are created every two minutes, there is an infinite maximum supply and a minimum reward of 0.3 Monero per minute.

A key thing to understand about the cryptocurrency Monero is CryptoNote and CryptoNight.

The first cryptocurrency to implement this was Bytecoin in 2012.

However, Bytecoin was created as an academic experiment and after a few years, 80% of it had been mined, which was a major problem for scalability.

Monero is a hard fork of Bytecoin and uses CryptoNote protocol in the form of CryptoNight.

CryptoNight is better than CryptoNote because normal CPUs can mine it, which theoretically means more people can mine it.

The Monero cryptocurrency uses what it calls a ‘ring signature’ to sign off and obfuscate transactions.

This is a clever innovation where the sender’s address is included in the signature with a group of other signatures as well so people cannot determine who the actual sender was.

Senders can also increase the number of addresses involved in their transaction by increasing the ‘mixin’ level. The higher your mixin level, the more it costs to be transacted.

Monero’s algorithm randomly selects other addresses and numerous transactions are made.

In general, there is no need to mix more than four transactions.

No one can know which addresses are exchanging funds. If your address appears, no one can tell if you are involved or not.

For receivers, they have something called ‘stealth address’ which is a temporary address that the receiver will use to receive Monero coins.

One time addresses also do not show value either.

The stealth address is not the same as your public address.

With the stealth addresses, your Monero wallet can detect all that belongs to you and you will be able to detect them with ‘a private view key’.

Amounts should also be hidden because then people can figure out what you are paying for and potentially who you are sending to.

To hide the amount, Monero uses ‘ring CT’ (confidential transactions). The only thing a ring CT needs is to be worth more than nothing and not be invalid. This started in 2017.

Only the sender and receiver will know how much was sent, no one else.

People using Monero cannot make transactions public and Monero addresses are much longer than those such as Bitcoin.

No one can see how many Monero coins you have. Other people will only be able to know such information if people have your private keys.

The history of coins is also not known. This is important because if coins were used for illegal purposes, no one would know, and that coin will not be devalued.

There has been speculation in the past that Bitcoins that had originally been used for illegal purposes carry their history around with them, potentially risking the security of those that use such coins later.

There is no option for stealth or for transactions to be made public, like Dash. Arguably, if there was it can imply that if someone uses it there is something suspicious happening.

By making all transactions anonymous, this is ruled out.

Monero’s privacy features means that you must get the right address when sending cryptocurrency as if you get it wrong, you will have no idea where it was sent.

Project Kovri is something that Monero is working on that hides that your internet traffic, so if you are using Monero so people who can spy on you online can't see.

In the future, Monero plans to use a second layer for speed and scalability.

How has Monero performed? 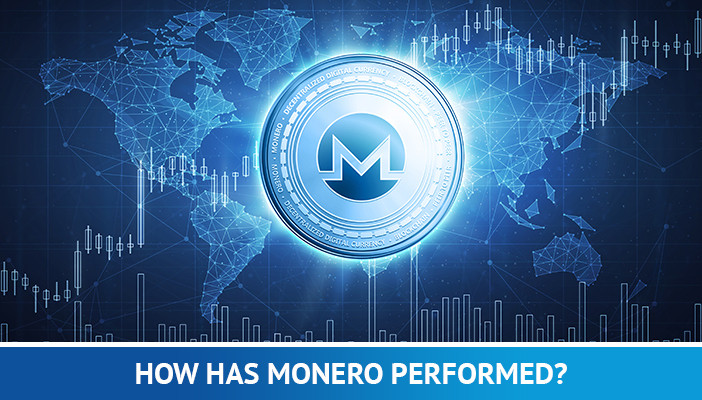 According to CoinMarketCap, Monero is the 10th largest cryptocurrency in terms of market capitalisation, which is $1,351,312,282 and there is a total supply of 17,157,476 XMR at the time of writing.

There is an unlimited supply of Monero coins which will likely mean that the prices will not become too high as coins will continue to be made.

Looking at Monero’s price historically, it has been particularly volatile in relation to Bitcoin. For a long time after Monero was released, there was little volatility against the US dollar.

Monero’s volatility started largely in August 2016 where it reached a price of 0.02 Satoshis per coin.

Then in August 2017, Monero reached a price of 0.03 Satoshis, which was followed by a huge US spike $494 per coin. At the same time, Monero reached its highest market cap of over $7 billion.

Following this high, Monero’s price, both against US dollar and Bitcoin, entered a bear market declining in price for a long period gradually.

Since December 2018, Monero has been more stable, largely ranging in price.

To truly make the most out of trading the Monero cryptocurrency, it is most advantageous to trade it against Bitcoin instead of the US dollar as prices have been more volatile.

Till this day, Monero is higher against Bitcoin than the US dollar.

It is possible, but no one can accurately predict Monero’s price in the future.

Many people recognise that the market is a lot more mature than it was a few years ago and so peaks may not reach the highs we previously saw.

That said, in regards to Monero, its price will likely decline if there is any negative news in relation to how its privacy works and will likely increase as they implement more privacy features.

Is Monero a good investment? 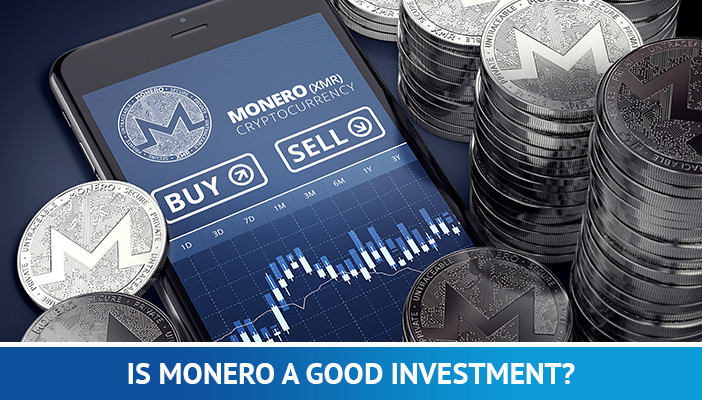 Monero is a good investment if you believe that privacy and security should come before anything else in the cryptocurrency trading.

Arguably Monero has made transactions closer to what we are used to. When you make a transaction in cash or online with a credit card, no one will know your transaction history.

It is worth considering though if Monero will ever be shut down by governments who may believe that it is being used for illegal purposes.

If you like the idea behind Monero, but want to trade something different, then Dash or Zcash may be good alternatives.

It is worth asking though, is the extra security surrounding Monero truly necessary? Bitcoin, for example, has never been hacked and is arguably secure enough.

There is also the issue that supposedly most transactions made before February 2017 are traceable and there was a report which explored this.

Monero has also been the choice for malware and hackers which has damaged the public's perspective on it.

Some have criticised Monero's efforts to prevent being extorted in Monero. They have only created a website which advised people how to protect themselves from such attacks.

Plus, it should also be considered if the Monero cryptocurrency is just too complicated for normal people to use?

Learn to trade Monero with our cryptocurrency course