Dash Still A Viable Investment For 2019?

Dash was originally launched in January 2014 under the name ‘Xcoin’ with a digital token XCO, however, another company was already using this name.

It was then rebranded ‘Darkcoin’, however, this didn’t help with the image of the coin, particularly as its primary focus was privacy.

It was even labelled ‘Bitcoin’s nefarious cousin’ by Wired UK. In an attempt to fix this image problem, Darkcoin was finally renamed ‘Dash’, a combination of ‘digital’ and ‘cash’

Dash is essentially a transaction coin and focuses on two primary areas; transaction speed and privacy.

As an organisation, they are keen to drive forward mass adoption, particularly in the developing world and merchants. In a sense, trying to compete with PayPal.

What is Dash trying to achieve?

Dash is essentially trying to become a better version of Bitcoin and become the primary coin for making everyday transactions and was created by forking the Litecoin blockchain, which was originally a fork of Bitcoin.

By August 2017, it was estimated that approximately 300 organisations around the world accepted payment in Dash. Perhaps the most well-known being Apple’s App Store.

It aims to overcome many of Bitcoin’s issues, particularly governance, speed and consensus.

How does Dash work? 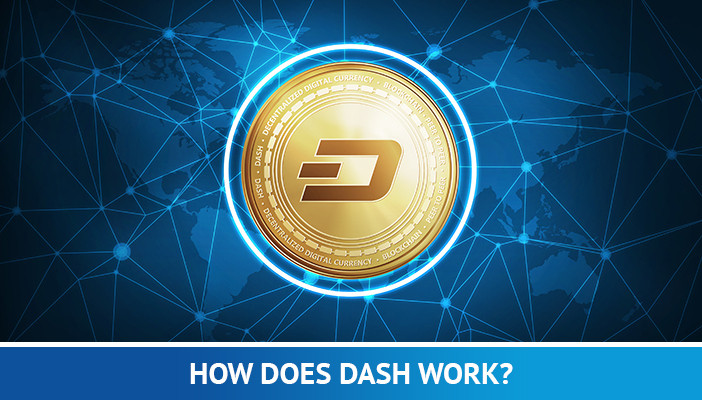 Dash uses a proof of work algorithm as is similar to Litecoin and Bitcoin, particularly in how mining works. Dash has been created in such a way that by 2300, there will be a limited supply of Dash.

Dash also has a 2.5 minute block interval and a blocksize of 2 MB, though this may be increased to 400 MB in the future. If this happens, Dash will significantly speed up transactions.

The primary feature of Dash is that users can send transactions either anonymously or instantly.

Aside from this, there isn’t that much particularly unique about how Dash works.

That said, Dash’s system has been strengthened to prevent 51% attacks.

In a 51% the longest chain is seen as the correct change and an entity with a majority hash rate can secretly create a chain longer than the original chain in secret and publish it.

If this happens, they will have power to double-spend and prevent transactions to different addresses.

Chainlocks prevents the network from attacks by using the ‘first-seen rule’ which is for each new block found on the network, a randomly selected quorum of masternodes are tasked with signing the first block that each of them individually sees.

If 60% of the quorum sees the same block, a message is sent out to the entire network not to accept any block that is different from the signed one.

On top of that, with masternodes, of which there are approximately 3,400, Dash can now instantly confirm transactions and Dash’s blockchain may be one of the most secure available today.

To attack the Dash blockchain would be even more expensive than attacking the Bitcoin blockchain.

Dash also has a bounty of $100,000 for anyone who is able to hack the PrivateSend feature. So far no one has managed to achieve this.

You can find out more about how Dash works by reading their white paper.

Is Dash the Original DAO?

Dash claims to be the first decentralised autonomous organisation (DAO), two years ahead of Ethereum which is the most well-known DAO.

The DAO works by taking the profits from 10% block mining and entering them into a fund. The money in this fund can then be used to finance projects approved by masternodes.

The team behind Dash 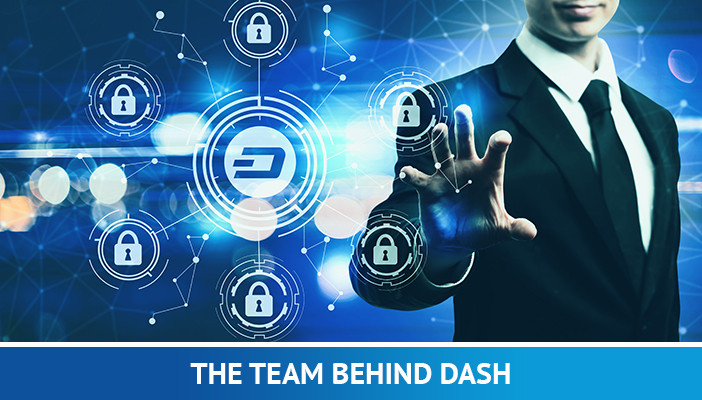 Evan Duffield is the primary figure behind Dash and founded the coin. He has a background in coding and finance, a great combination for cryptocurrency.

He has been programming since he was 15 and became interested in Bitcoin early on.

Duffield wanted to experiment with Bitcoin but found that it would be too dangerous and so he decided to invent his own coin which would allow him to do that.

In 2017, Duffield stepped down as the CEO of the Dash Core Project and was succeeded by Ryan Taylor.

How well has Dash performed?

The highest market cap Dash has ever reached was approximately $11 billion in December 2017, with one coin costing almost $1,500.

However, even before this Dash reached a peak against Bitcoin in March 2017 of one Dash coin costing over 0.1 Bitcoins. While this happened, the Dash to US dollar didn’t rise that significantly.

Since reaching its highest market valuation, Dash has been relatively stable.

Despite this, Dash has still managed to forge a number of partnerships which has boosted its presence around the world and a smart contract layer could be added later on.

Dash has been quite successful in pushing their cryptocurrency in regions where there is turmoil, where it can act as an alternative to the currency in the region, which may be unstable.

In Latin America, Dash has become particularly popular. Recently, Dash was added for parking payments in a Venezuelan shopping mall.

Venezuela is a key example of this due to the economic crisis that has been emerging there over the last few years.

Dash has been very active in Africa as well, educating the continent on cryptocurrency and banking the unbanked.

They are perhaps the quickest cryptocurrency to appear in developing regions and this may help it speed up mass adoption in comparison with other cryptocurrencies.

However, in order to speed up adoption, it is highly likely that more people will need to have smartphones which are capable of hosting virtual wallets.

As more merchants accept Dash, it is likely that the value will go up.

Is Dash worth investing in? 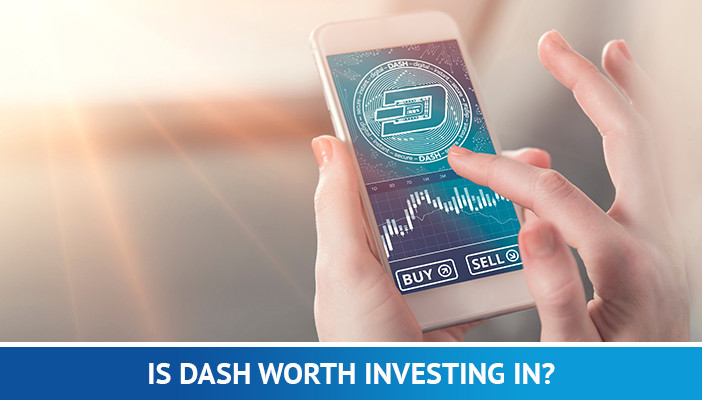 If you can see the positives in Dash then Dash is worth investing in.

While it doesn’t offer much in terms of tools or a platform for developers, it is appealing for those who simply want a cryptocurrency that performs well for payments.

This makes Dash in direct competition with Bitcoin.

Arguably, Dash does somethings better than Bitcoin such as transactions speeds and possibly security. If that is important to you, then Dash may be appealing.

However, Dash doesn’t have the volume and volatility that Bitcoin has and so it may be harder to make a profit from trading it.

Does Dash have any flaws?

Dash needs to fend off competition from privacy coin rivals Monero and Zcash as well as a number of other coins fighting to be the number one privacy coin.

Some argue that Dash is actually not that private in comparison with its rivals and if it really wants to compete in this area, it needs to do more.

Another concern as a privacy coin is that of government regulation.

Most governments do not like the idea of people being able to send money anonymously as it can be seen as a way to launder money from illegal activities.

Dash doesn’t have development features, which can be seen as a minus for some. Cryptocurrencies like Ethereum, which does include such features, have managed to speed up adoption.

Another issue that may be a problem for some is if Dash is truly decentralised or not. Because of its masternode network, decision-making is more tied up in this group.

What makes people more sceptical is that masternodes may hold this power for long periods and it may not be passed on to others involved in Dash.

There was also controversy surrounding Dash when it was released because 2 million Dash tokens were mined in the first two days, which made the founders a lot of money.

Learn to trade Dash with our cryptocurrency course