What is Zcash? A Comprehensive Guide to a New Generation of Privacy Coins

Today, we will be talking about Zcash - a new generation of cryptocurrency that use cryptography to provide better privacy for its users, compared to other cryptocurrencies such as Bitcoin and Ethereum.

Zcash is a decentralised, peer-to-peer cryptocurrency, created as a fork of Bitcoin. Just like Bitcoin, it also has a limit of 21 million coins. This, however, is where the common ground ends.

What’s different about Zcash is that it offers complete privacy for their users, achieved by the use of innovative cryptography. Let’s take a closer look at the cryptocurrency and its functionalities.

As mentioned before, Zcash started out as a fork of the Bitcoin blockchain back in October 2016. In the beginning, it was called the Zerocoin protocol before renamed to the Zerocash system and then finally transformed to Zcash.

The driving force behind the project is Zooko Wilcox who is a notable figure in the financial community with over 20 years of experience in open and decentralised systems, as well as cryptography, information security and startups.

Here’s what he says about his project, Zcash:

“Zcash is another blockchain and cryptographic money which permits private exchanges (and by and large private information) in an open blockchain. This permits organizations, buyers, and new applications to control who gets the chance to see the points of interest of their exchanges, even while utilizing a worldwide, authorization less blockchain.” – Zooko Wilcox 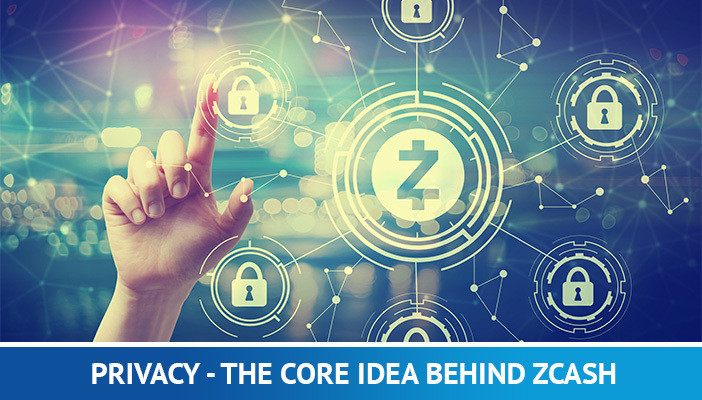 Let’s talk about privacy, which is the core idea behind Zcash.

In Zcash, you have a choice between two kinds of transactions.

You either have the option to do the normal transparent transaction or you can choose the shielded private transaction, provided by Zcash.

Let us give you an example.

If the receiver is fine with keeping the transaction transparent and open for the rest of the world to see, then you can just send the Zec to his transparent address.

However, if the receiver wants privacy and doesn’t want the details of the transaction to be open to the public, he can have the money sent to his shielded address, also called “z-addr”.

The reason why Zcash achieves such a high level of privacy is the utilisation of zk-SNARKS or Zero-Knowledge Proof.

It’s beneficial to point out that other cryptocurrencies that provide anonymity, such as Monero, rely on private keys, built with alphanumeric characters. In this case, the sender has to be given the address, which is basically one’s identity in the crypto sphere, in order to facilitate the transfer.

If, for instance, a seller can track a buyer’s previous transactions based on the public address given to the seller, this may potentially cause problems. The seller can reject payment by the buyer if his beliefs don’t align with the revealed purchase history.

Here comes the difference between the rest of the coins and ZCash.

Zero-knowledge proof makes ZCash transactions untraceable on its blockchain by obscuring the addresses of both users and the amount involved in a transaction.

The addresses of both parties, recorded on the blockchain, are shields and not the actual user’s payment address. This means that it’s impossible to trace any given funds to either the sender or receiver.

This is quite different from Bitcoin or any other cryptocurrency that shows how much has been transferred from one party’s actual public address to another.

Zero-knowledge proof gives high levels of obscurity, especially when a party involved in that transaction is not particularly keen on knowing the other party’s identity. This means that payment history cannot become a reason to reject a coin payment.

What are the properties of a zero-knowledge proof? 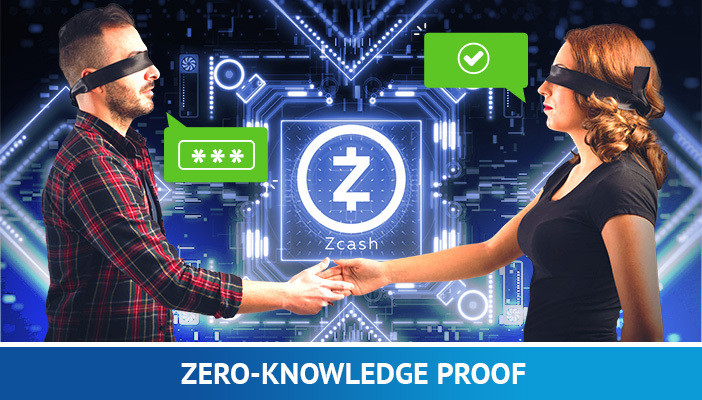 The idea is to prove that you possess the knowledge of certain information, without revealing the information itself.

The concept of zero-knowledge proof came about in the 1980s, thanks to the work of MIT researchers Shafi Goldwasser, Silvio Micali and Charles Rackoff.

In order for a ZKP to work, certain requirements and parameters have to be satisfied. They include:

Let’s sum it up by quoting directly from the official website of ZCash:

“Zcash is the first widespread application of zk-SNARKs, a novel form of zero-knowledge cryptography. The strong privacy guarantee of Zcash is derived from the fact that shielded transactions in Zcash can be fully encrypted on the blockchain, yet still be verified as valid under the network’s consensus rules by using zk-SNARK proofs.

The acronym zk-SNARK stands for “Zero-Knowledge Succinct Non-Interactive Argument of Knowledge,” and refers to a proof construction where one can prove possession of certain information, e.g. a secret key, without revealing that information, and without any interaction between the prover and verifier.”

How zk-SNARKs create a shielded transaction? 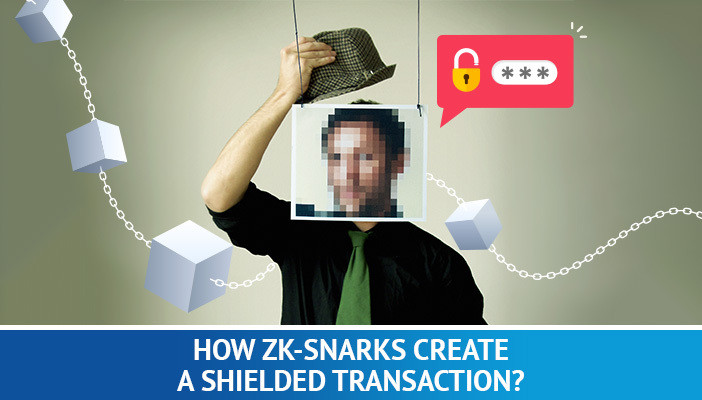 In Bitcoin, for example, transactions are validated by linking the sender and receiver address and the input and output values on the public blockchain.

Zcash, on the other hand, uses zk-SNARKs to prove that the conditions for a valid transaction have been met, without revealing any essential information about either the addresses or the values involved.

The sender of a shielded transaction will come up with a proof to show that with high probability the private spending keys on the input notes are cryptographically linked to a signature over the whole transaction. In this way, the transaction cannot be modified by a party that doesn’t know the private keys. Not just that but the constructed proof shows the input values sum to the output values for each transfer that’s shielded.

Zcash, as well as other cryptocurrencies adopting the concept of anonymity and shielded private transactions, are often criticised for providing an environment where untraceable transactions, related to illegal activity, can thrive. However, the team behind ZCash did not adopt this concept and create the coin for cybercriminals who engage in illegal transactions on the dark web.

There are a number of pretty good reasons why users would like to use anonymous cryptocurrencies, such as ZCash. Some of those reasons might include:

These are just a few of the examples and applications of ZCash.

ZEC (the currency symbol of ZCash) has proven fairly successful in the past couple of years, trading at around $140 at the time of writing, with market cap of $1.95 billion and a calculating supply of 13,916,031 ZEC, according to CoinMarketCap.

As previously mentioned, since Zcash is a fork of Bitcoin, there are 21 million coins maximum supply. They are all expected to be mined by 2032. Every four years the block reward gets cut in half to keep the supply in check. Unlike many other coins, Zcash was not pre-mined or ICO funded.

Let’s try to focus on the most important aspects of Zcoin one last time.

It was launched in 2016 by Wilcox-O’Hearn and is based on the Zerocoin protocol. ZEC is a decentralised and open-source cryptocurrency, focused on privacy. It enables selective transparency of transactions.

This allows the Zcash network to maintain a secure ledger of balances, without revealing the parties or amounts involved.

The transaction metadata is encrypted in zk-SNARKs that prove that nobody is being dishonest. It doesn’t publish spend-authority and transaction values.

The future looks promising for Zcash. There are many areas to be explored when it comes to privacy and anonymity but experts agree that it’s a coin to watch out for!

Want to learn more about other cryptocurrencies and how to trade them?