The Rise of Cryptocurrency: Do We Still Need Banks?

For over a year now, cryptocurrency has been growing rapidly in popularity. It is now a key financial talking point and may one day replace the entire banking industry as we currently know it. In fact, it has been rising so rapidly in popularity that many have begun to wonder whether we still need banks at all.

Bankers and banks are not held in a particularly favourable light these days, especially not by those who blame banking greed for the financial hurt they suffered during 2008's global economic crisis. Peter Daisyme has already taken a look at this question, so at Trading Education we will analyse his thoughts and findings.

What do banks do, exactly?

Before we delve into the likelihood of cryptocurrencies replacing banks, let’s have a look at what it is exactly we need banks for. Banks play six main roles:

1. Financing and borrowing
Banks are the world’s number one source of financing for both consumers and businesses alike. They are integral in allowing people to purchase beyond their existing means and make long-term investments – most notably, mortgages.

2. Recordkeeping and managing transactions
Banks act as facilitators to all kinds of minor and major financial transactions, either amongst your own accounts or to other parties. They also keep a detailed log of all such transactions.

3. Safely storing currency
Banks act as a safe zone for you to store your money when it is not being used. Without banks, you could be forced to store cash in a physical way which is far less liquid and secure.

4. Exchanging currencies
Banks allow you to exchange your currency into another currency at any location you wish.

5. Ensuring financial stability
Central banks are responsible for overseeing a number of key economic functions, such as setting and controlling interest rates and inflation. This is achieved by printing and distributing new sources of money when necessary.

People also read: Is Bitcoin Still a Worthwhile Investment in 2018?

Where are banks going wrong? 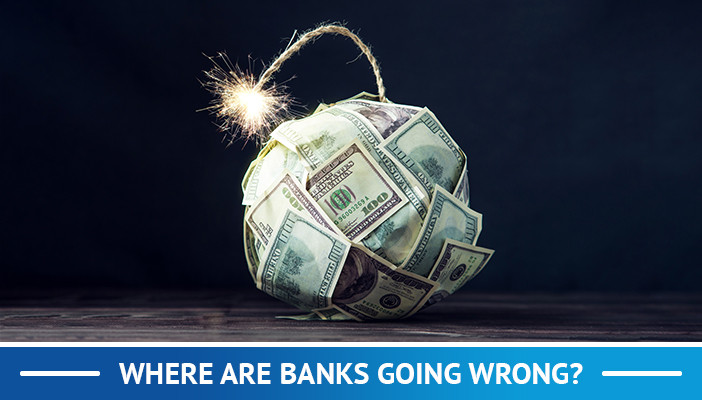 When you analyse all of these purposes, it would seem like banks are irreplaceable. So why would we want to replace them? Here are the three main reasons why:

1. High fees
Banks are essentially businesses, and their aim is to turn a profit on any money they hold. Aside from returns from investing funds, they also generate high levels of money through a wide variety of different fees. This includes fees for making withdrawals, sending money to a foreign account, having an overdraft or simply owning an account. These fees can often seem exorbitant and unnecessary.

2. The human factor
Banks are, of course, run by people. Each banker will have their own personal agenda: perhaps they aim to take the bank in new directions or to generate higher amounts of money from existing customers. Either way, the human side of bankers does lead to greed which in turn offers a worse service for customers.

3. Slowness
The banking system has certainly had its time in the sun. For many years, banks offered speed and convenience far above and beyond any alternative way of storing cash and making payments. But this is no longer the case: compared to cryptocurrencies, banks' processes simply cannot compare in speed, convenience and cost.

Where can cryptocurrencies fill in the gaps? 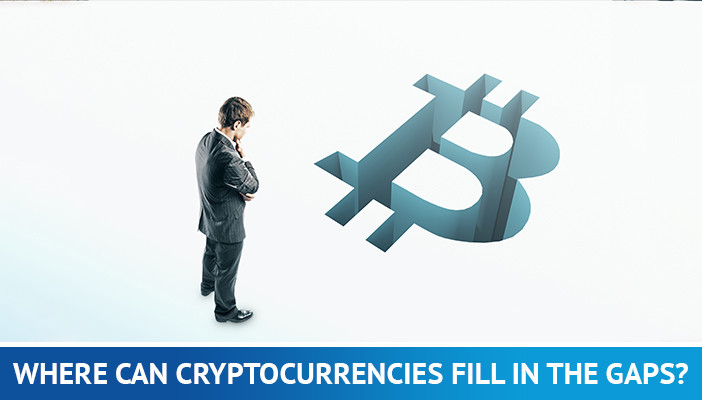 Cryptocurrencies by no means offer an immediate replacement to the entire banking system. But they could bring change in these key areas:

Cryptocurrencies can be stored using a variety of mobile devices, online services and e-wallets. These are all encrypted and password protected. For someone else to gain access to your cryptocurrencies, they would need the hardware and a series of complex passwords.

If you’re trading cryptocurrencies for other cryptocurrencies, or for goods or services, then you benefit from distributed ledger technology. This encrypts all transactions that take place and helps to keep them completely anonymous. If anyone tried to tamper with this chain and access your funds, it would be easy to spot.

Where does cryptocurrency fall short? 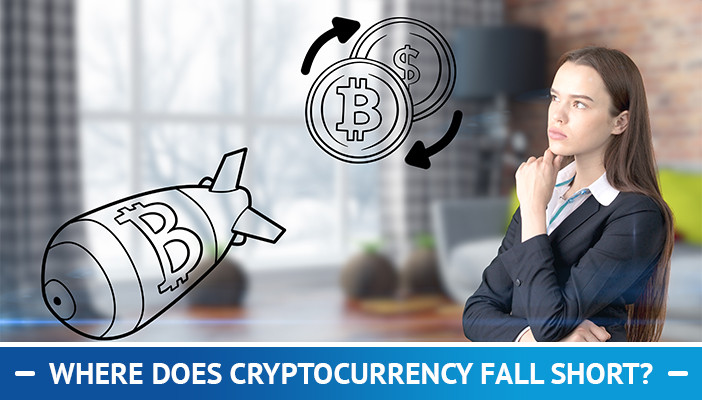 Here are some of the functions that cryptocurrencies cannot currently replace within the banking sector.

The role of the central bank

Cryptocurrencies cannot replace certain roles of the central bank, such as setting interest rates or controlling inflation. While this decentralisation is exactly what makes them so appealing to many, this could definitely prove problematic in the long run.

The role of investment banks

You still need financial experts to facilitate and guide people through investment opportunities.

There is nothing to say that cryptocurrencies would be able to handle economically beneficial functions like issuing loans and financing major purchases. Though this could change in the future, it will not happen any time soon. 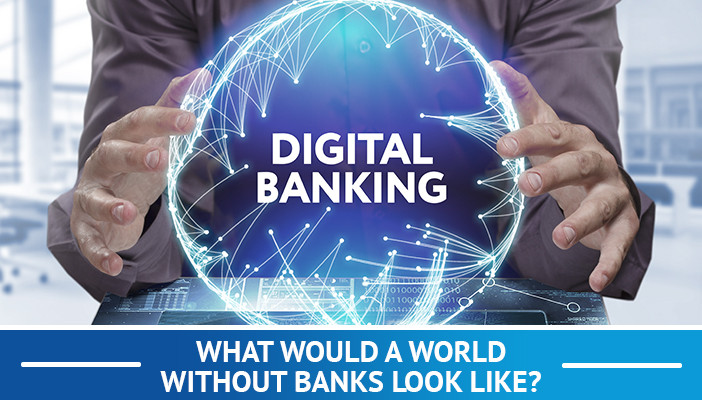 Now we’ve looked at the pros and cons of replacing banks with cryptocurrencies, let's take a look at what the world would really look like if the change were to take place.

A rise in peer-to-peer lending

With no banks to offer financing for mortgages and other major purchases, we would see an even greater increase in P2P lending. Seeking loans from friends, family members and other wealthy individuals would be far more commonplace.

The workers within banks provide a wealth of information on financial decision-making for both consumers and businesses. Though you could argue that this knowledge could simply be transferred online or be made available through ever-advancing AI technology, we would definitely lose the human touch.

Financial instability (at least in the short term)

As people get used to cryptocurrencies, their volatility becomes apparent. If cryptocurrencies were to take over, you would see massive surges and decreases in value from day to day. This could lead to unprecedented inflation and a severe fall in consumer spending.

What if banks were to move with the times?

Rather than choosing between one or the other, perhaps it is possible to find a healthy middle ground. Banks already have the infrastructure in place and are the mainstay of the global financial system: cryptocurrencies simply represent the natural course of digital evolution. So, why can't banks look to incorporate the benefits of cryptocurrencies into the services they offer?

Through careful implementation, they could greatly reduce transactional fees, increase transparency and improve safety. Some banks are already looking at ways to do this. Change is a long way off, but that might not be a bad thing as cryptocurrencies themselves are still in the relatively early stages of evolution. Perhaps as they mature, there will be room to integrate them within the old-fashioned banking system we are so used to.

This article was originally published on due.com