What Are Altcoins? Top 7 Largest Altcoins by Market Cap

Altcoins (alternative coins) are a generic term used to refer to all other forms of cryptocurrency developed after bitcoin. Bitcoin had some years of monopoly in the cryptocurrency world for about two years before the first Altcoins, Namecoin was introduced to the market, Namecoin remains one of the top rated Altcoins in the marked till date.

The concept of Altcoins development revolves around bitcoin as they are developed to upgrade and/or correct some issues their developers perceive to be wrong with the bitcoin network.

The top-rated Altcoins according to their market cap (how much the amount of the coins in circulation is worth in non-virtual money e.g. dollars)

Ethereum was introduced in 2013 to the market with a concept of smart contracts and a turning-complete programming language. Ethereum platform makes use of Ether (ETH) as its cryptocurrency that is used as a token for running the program.

Ripple was introduced in 2012 and unlike bitcoin it was developed with the aim of being used for transactions by said third parties (banks) that was cut off in the design of bitcoin. Ripple aims to be a decentralised transaction platform that solves the problems of speed and security of normal bank transactions, but instead of hard currency, XRP is the accepted currency of exchange.

Related Article: Pros and Cons of Investing in Ripple

Bitcoin cash was developed as a hard fork of bitcoin classic because the public bitcoin investors started to worry about transaction fees, time taken for transactions to be verified and scarcity of the coins.

Litecoin was introduced to the market in 2011 by Charlie Lee and is intended to be like a bitcoin that can be used for day to day transactions and purchases.

Related Article: Cardano: The Cryptocurrency To Keep An Eye On 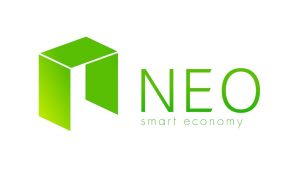 NEO was introduced to the market in 2015 as an improvement to the Ethereum development by making the use of its smart contract accessible to a larger community than with Ethereum because it allows more programming language than Ethereum does.

Stellar Lumen is a cryptocurrency platform on the rise that was introduced in 2014 aimed at becoming an open source medium for exchanging money ad building business contracts, much like a combination of some of Ethereum and Ripple.

Now you know what are altcoins and the top 7 largest Altcoins by market cap. If you're feeling inspired to start trading cryptocurrencies, or this article has provided some extra insight to your existing trading knowledge, you may be pleased to know that etoro provides the ability to trade with Crypto assets and CFDs on up to 90+ cryptocurrencies.

eToro is a multi-asset platform which offers both investing in stocks and crypto assets, as well as trading CFDs.

Past performance is not an indication of future results.

Cryptoassets are volatile instruments which can fluctuate widely in a very short timeframe and therefore are not appropriate for all investors. Other than via CFDs, trading cryptoassets is unregulated and therefore is not supervised by any EU regulatory framework.