Cardano: The Cryptocurrency To Keep An Eye On

There’s little doubt that 2017 was a great year for anyone involved with cryptocurrency.

While Bitcoin stole most of the headlines, there was one coin that ended the year with a real bang.

The cryptocurrency in question is Cardano (or ADA as the base coin is known on the exchanges).

This left it with a market value of around $33 billion at one stage, which for a fairly new coin is considered amazing.

When you consider the original market cap was around $600 million, you can see why Cardano has made such a splash.

How does Cardano work? 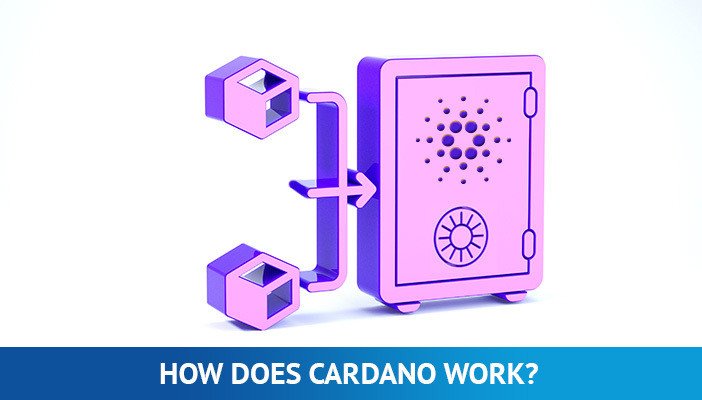 Cardano is competing with Ethereum to be the leader of smart contracts. Their primary feature is their ouroboros proof of stake algorithm which operates with a two-layered blockchain.

The first layer is to fulfil everyday transactions that do not need any specific circumstances to be completed.

The second layer is solely for smart contracts.

Cardano claims that by separating the two into different blockchains will not only improve speed but also scalability.

Theoretically, it should also make updating the blockchain easier as well.

When it comes to updating Cardano, it can be easier because the smart contract layer is not connected to normal transactions layer.

This means that when it is being updated, it will not interfere with normal transactions.

Further to that, Cardano will also use a democratic governance system which they believe will allow Cardano to adapt over time and continue to change as the industry does.

This democratic governance system will also allow Cardano to sustainably fund itself as well through a treasury system.

Who is behind Cardano? 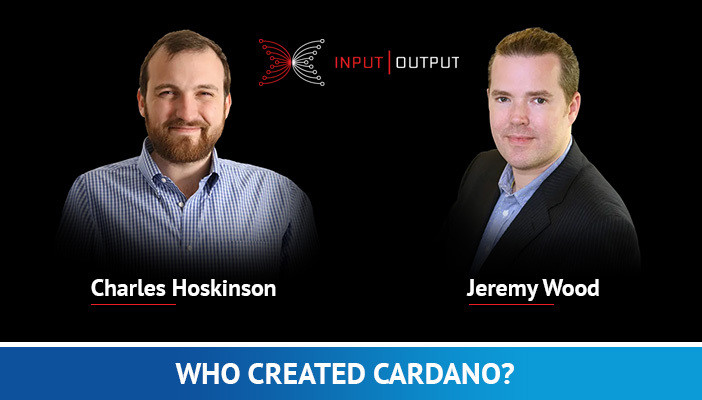 The team behind Cardano is very intelligent and claim that the project is research-driven, meaning Cardano is built upon research before being created.

Cardano was created by Input Output Hong Kong (IOHK) which was founded in 2015 by Charles Hoskinson and Jeremy Wood.

IOHK claim that their primary goal is to provide peer-to-peer solutions to provide financial services to the three billion people who do not have access to them.

They plan to do this by building cryptocurrencies and blockchains for academic institutions, governments and corporations.

Charles Hoskinson is the CEO of IOHK and the most well-known face behind the Cardano project.

Before IOHK, Hoskinson was the founding chairman of the Bitcoin Foundation’s education committee.

After that, Hoskinson worked on Ethereum and supposedly was a key player in getting the project off the ground, helping Vitalik Buterin obtain the investment needed.

Hoskinson also established the Cryptocurrency Research Group in 2013 too.

Jeremy Wood is the chief strategy officer and also used to work for Ethereum.

It should also be mentioned that IOHK is also working on Ethereum Classic as well.

Why did Cardano see such a large rise at the end of 2017?

In the cryptocurrency sector, most surges occur when a big news announcement is made.

This did not happen with Cardano though, which instead saw its upward march start for other reasons.

Prime among them was that anyone new to investing in cryptocurrency come the end of 2017 seemed to favour Cardano.

These new investors were desperate to jump on the cryptocurrency train but found Bitcoin and other well-known coins too expensive.

Cardano’s price at the time was much lower which gave them an easy and inexpensive route into the sector. This saw lots of new investors buy Cardano and the value rose as a result.

The Asian market, specifically South Korea and Japan, have been long-time fans of investing in cryptocurrency.

Cardano capitalised on this large and important market to see demand grow from the activity around it on the trading exchanges in these countries.

Indeed, it is thought that up to 90% of the trading volume around Cardano at the end of 2017 came from these two countries!

This shows just how important this region has been in Cardano’s ascent and why it saw such a huge rise in demand and value.

The creators of Cardano are fond of referring to it as a ‘third-generation’ solution. This means that they consider Cardano the next step on from Bitcoin and other cryptocurrencies after that.

Where this becomes important is that it has allowed them to see the problems other cryptocurrencies experienced in their early days and avoid them.

Cardano is also thought to be more secure than Ethereum and more flexible than Bitcoin.

These advantages have given investors great confidence in the new coin and led to them being keen to put their money into it.

Many also see the great future potential Cardano has for general use and are investing now, to reap the rewards later.

Is Cardano worth trading? 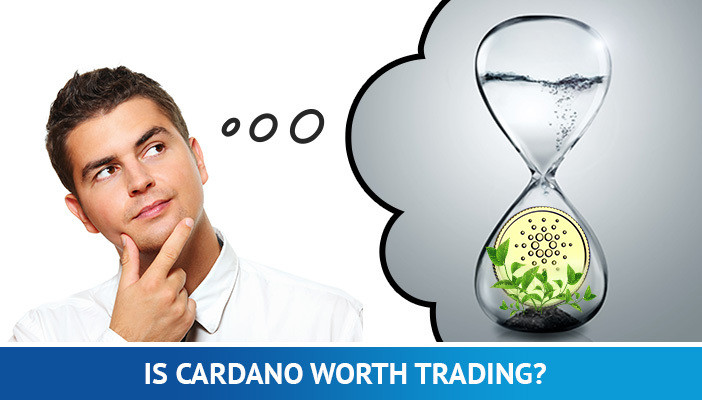 Looking at more recent prices, Cardano has been quite steady hovering around $0.50 per coin.

Although it had a huge increase in price in 2017 and then a further increase in 2018, since then it has ranged between $1 billion to $2 billion market cap.

It is important to also look at the cryptocurrency market in general as well.

When Cardano went through its first bull run in December 2017, the cryptocurrency market was inflating hugely, especially Bitcoin which reached its all-time high of almost $20,000.

And again in May 2018, when Cardano spiked in price for the second time, a bull market was emerging in the cryptocurrency as well.

Similar price patterns can also be seen with several other cryptocurrencies. They rise significantly upon release and then decline in value for a while before they begin to range.

Cardano did see a slight increase in April 2019 when it reached a market cap of approximately $2.3 billion.

According to CoinMarketCap, at the time of writing, Cardano has a market capitalisation of $1,118,032,243.

One of the primary critiques of Cardano is that it hasn’t shipped anything yet that people feel they can invest in. They are yet to deliver on any of their promises.

The primary reason this maybe is because, like with many other cryptocurrencies, it is still early days and to expect something so soon isn’t that fair.

That said, from a trader’s perspective, Cardano isn’t ideal if you are looking to trade it in the short-term.

To truly make a profit from trading Cardano, you first need to believe that they will deliver on some of their promises over the next couple of years.

This would require a trader to look at Cardano as a long-term trade.

It is very likely that when Cardano does ship something new to get traders interested, it will likely jump up in price again and would be good to sell.

It is worth mentioning though that Cardano faces steep competition from Ethereum and EOS. Both of which dominate the sphere of smart contracts.

Further to that, Cardano may have been revolutionary when they built created their two-tier blockchain system, however, today many other new projects are also building on this idea as well.

In terms of dApps, Cardano cannot compete with Ethereum, EOS and Tron at this point.

Tron is also one step ahead of Cardano and is likely growing in popularity much faster.

Currently, Tron is one place in front of Cardano on CoinMarketCap and many believe it will continue to grow.

A key advantage Tron has over Cardano is that it uses the same programming language as Ethereum - solidity - which makes it easier for developers to switch between the two.

Cardano, on the other hand, uses the Haskell programming language which isn’t very popular with other cryptocurrencies.

This makes it harder for developers involved in other projects to jump to Cardano.

Supposedly, up to 26 of the most popular dApps are based on EOS, 21 on Tron and three on Ethereum.

Most likely, Cardano’s main selling point is its smart contracts.

If you remember anything from this article, make it these key points

Learn to trade Cardano with our cryptocurrency course

Cryptocurrency
Altcoin
Top Brokers in
All Regulated Brokers
67% of retail clients lose money when trading CFDs with this provider.