Bitcoin’s Rebound Is Nothing New

Bitcoin’s rebound got a lot of attention in 2019 as you probably well know.

For a moment, it looked like it may climb back up to the highs it reached in December 2017, slightly shy of $20 thousand per coin.

But let’s get straight to the point; this bounce back is nothing new and it will likely happen again.

The Winklevoss twins, two of the most famous Bitcoin investors, believe that until Bitcoin reaches a total market capitalisation of $7 trillion, the approximate capitalisation of gold, it is still undervalued.

Whether or not Bitcoin is undervalued is highly debatable.

At the time of writing, according to CoinMarketCap, it is valued at $163,745,506,861 and so it still has a long way to go to reach the Winklevoss twins estimate.

Whatever you believe, Bitcoin’s rebound is nothing new and will likely happen again and again. We’ll tell you why. 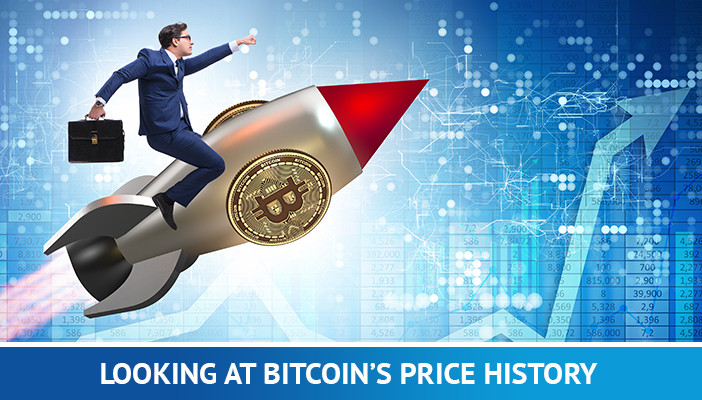 By looking at Bitcoin’s history we can see why Bitcoin’s rebound is not completely unique.

That alone is a big movement.

Of course though, more recently Bitcoin’s price rises have been more dramatic.

But then came Christmas 2017 and with it came a huge shock to the market.

Increases in price from $5,000 to $10,000 should not be overlooked at as massive achievements.

What you need to understand is that markets work in cycles.

Bitcoin’s price fluctuations are only unique in that it is extremely volatile, more volatile than any other market instrument.

That’s why it gets so much attention; nothing like this has existed before.

All markets go through massive fluctuations.

What tends to happen is that they go through bullish uptrends, range for a period, go through a bearish downtrend, start ranging again, and then repeat the cycle.

Is Bitcoin any different?

Bitcoin is different in a couple of ways.

While most markets go through the cycle mentioned above, Bitcoin’s is a little different. You need to understand what drives up prices.

Most Bitcoin traders are amateur traders. They don’t know much about trading and fall victim to the emotions more than professional traders do.

What this means is that when the market moves up or down they tend to get overly excited and buy or sell instead of waiting and conducting a proper analysis.

But not all Bitcoin traders are like this. There are ‘whales’ involved in the market as well.

Whales are large institutional traders who have the purchasing power to buy and sell large quantities of Bitcoin in one go.

That is a hard question to answer.

As Bitcoin is still relatively young, it is harder to work out how trends work.

Though market cycles are common for most market instruments like forex or stocks, for example, with Bitcoin, we do not have the historical data to confirm that.

It is very possible that as Bitcoin is adopted by more people, it may rally up again and reach points close to that high. It is typically assumed that further adoption will lead to an increase in price.

Such a huge increase will likely require very positive news or a lot of large scale adopters like whales to get involved.

But don’t get too excited. The above is purely speculation. There are still plenty of other reasons why such prices won’t be seen again.

One disbeliever is Binance, founder Changpeng Zhao (often referred to as CZ). Instead, he believes that the market is somewhat matured and is less likely to fluctuate to such highs.

On top of that CZ says that despite the bullish swing upwards, the Binance exchange has not seen that much of an increase in activity from individual or institutional traders.

Cointelegraph seems to confirm this.

Their research suggests that Google searches for Bitcoin are only 10% of what they were in 2017. To them, Bitcoin FOMO has yet set in.

This second bullish trend appears to be more influenced by institutional traders.

What we may begin to see is more institutional traders getting on board and overpowering the effect of individual traders who for a long time dominated price movements in Bitcoin.

The cap on Bitcoin is getting closer

Another issue to contend with is that Bitcoin has a total capacity for 21 million coins and there are almost 18 million in circulation.

It is very possible that when the total amount of coins have been mined, prices may only increase.

This will likely take a few more years to reach though because as it gets closer to the limit, each block gets harder and harder to mine.

Regulation is a bigger issue than ever

Cryptocurrency regulation is becoming more and more of an issue. Indeed, it has been hanging over Bitcoin and other cryptocurrencies for a long time.

Now that Facebook has announced Libra, the USA may finally get tough on them.

Donald Trump has already stated on Twitter how he doesn’t believe that cryptocurrencies are real money and that their value is based on “thin air”.

If the USA moves to ban Bitcoin, it could be a major blow to the whole cryptocurrency community.

Or, if they don’t ban Bitcoin, they may place harsh laws on its use which may harm it’s price significantly.

Will Bitcoin ever reach the same lows as 2018? 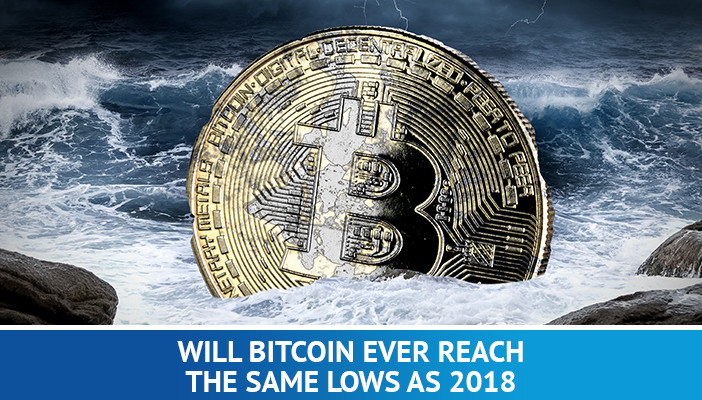 Yes, this is also entirely possible and is all part of the trading game.

A general rule about trading is when people who don't trade start talking about something, it is a sign that prices are likely to go into a downtrend.

Plus, there are of course critics that declare that Bitcoin is worth nothing in reality. That is simply not true. People forget that there is a value behind what it is capable of doing.

It has never been hacked or taken down and people easily forget about how it has been successfully working for more than 10 years which is proof of how well it works.

People also forget that the value of Bitcoin is also backed by the power and work on the network, such as mining.

If you deconstruct the value of Bitcoin, you can't really just stop there. You also have to take into consideration fiat money as well and when you think about it, there is no real value behind anything.

There are also technical things to take into consideration.

Most importantly, scaling, which is the issue where cryptocurrencies start to slow down as their maximum capacity gets closer to being reached.

In the long run, any of these things can topple Bitcoin, but for now, Bitcoin will likely continue to reach wild highs and lows until there is something to hold it in place.

Long-term strategies are best for Bitcoin

Perhaps the best way to profit from Bitcoin is to apply a long-term strategy.

If you are interested in trading Bitcoin, it may be worth waiting until it reaches a new low and holding (or hodl if you will) it until the next bull market.

This strategy may take you more than a year or two to fulfil.

Bear in mind that, as a trader, you will likely never take full advantage of the highest and lowest points.

Will Bitcoin ever be stable? 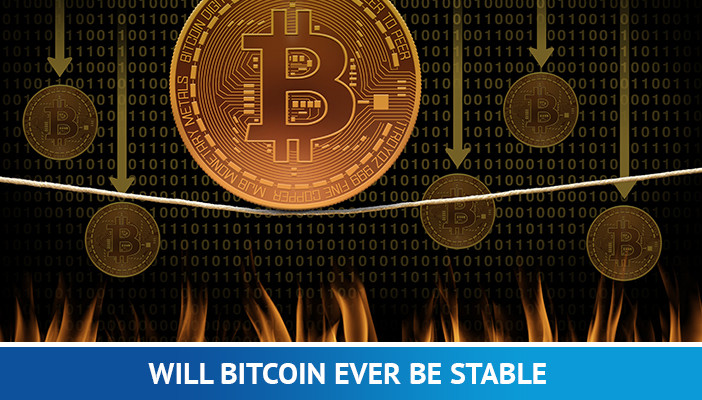 Not for the foreseeable future.

This is good for traders, but perhaps not good for those that believe that Bitcoin will inevitably become accepted as a form of payment.

Stablecoins are cryptocurrencies that are purposely designed not to be volatile.

One example would be Stasis Eurs, a cryptocurrency that has been directly tied to the value of the euro.

Libra has been designed in such a way that when you purchase it from them, they create new Libra coins and when you swap them back for the original currency, those Libra coins are destroyed.

As stablecoins lack the fluctuations in price regular cryptocurrencies have, they are more difficult to trade.

Stablecoins are perhaps the best option to invest in if you are looking to avoid massive fluctuations in price.