Facebook’s Libra will be released in 2020 and the project has gained a solid backing from many different companies who are also involved in the project.

The cryptocurrency stands out largely because of Facebook’s involvement, which has caused a stir in many circles including banks, cryptocurrency enthusiasts and entire nations.

Is Facebook’s Libra all that bad?

Let’s look at what they plan to achieve and the potential problems they may run into along the way.

Here’s what we know so far.

What is the aim of Libra? 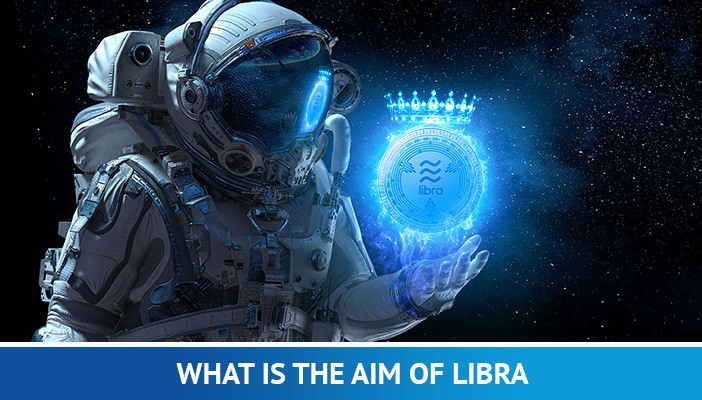 Essentially, Facebook and the team behind Libra want to make sending a payment as easy as sending a message on Facebook.

According to them, approximately 1.7 billion people around the world do not have a bank account and they want to level the playing field.

To make things worse, remittance costs are very expensive. Facebook estimates that it is as high as 7% globally.

This makes it very difficult for families without bank accounts or who send money back to their families in other countries.

With Facebook’s Libra, these costs will mostly be removed.

Facebook also claims that this will make it safer for people who live in places where walking around with lots of money can be dangerous.

Further to that, Libra can be a safe place for people to store their money when their currency is going through unstable fluctuations or hyperinflation, such as in Venezuela.

dApps (decentralised apps) may also be built upon the Libra blockchain. Not much is yet known about what these dApps may look like and what purpose they may serve.

At this point in time, how Facebook will profit from Libra is not entirely clear. According to them, it is still too early to think about such things.

However, perhaps Facebook's biggest way to profit from Libra is through advertising.

If more merchants adopt Libra via Facebook, the theory is more will move onto Facebook and advertise more which will generate more income.

The general assumption is that Facebook is 100% behind the creation of Libra. However, this is not completely true.

Facebook is one of many founding members (28 at the time of writing), though they are the main driving force behind the project.

In an attempt to look more decentralised, they created the Libra Association which will be made up of the founding members. Each founding member will get 1 vote on how the Libra blockchain develops.

Some of the most well-known members include:

Each member must put a minimum of $10 million into the project and will then receive some Libra tokens in exchange. They will also earn interest on their original investment.

On top of that, they will also be considered validators and will be responsible for maintaining the consensus on the blockchain and validating transactions.

Facebook is aiming to increase the total number of founding members to 100 before Libra is released in 2020.

It is also believed that they are not against bringing in potential rivals such as Google into the organisation.

At the time of writing, it is not yet known how many coins will be released and if there will be a cap on the total number.

Where is the Libra Association based?

The Libra Association will be based in Geneva, Switzerland.

Recently, President Trump and the US government appear to be against Libra and cryptocurrency, saying Facebook will need a banking charter if it wants to conduct such business.

This is not true as Facebook is one of the founding members, not the sole creator. Further to that, being based in Switzerland will also offer some protection.

If the US tries to stop it, they might not be able to, though that may lead to big problems for Facebook.

Despite this, David Marcus, Facebook’s official handling Libra and the head of Calibra will testify in front of the Senate Banking Committee and is believed that he will argue that Libra will comply with financial crime laws.

A number of other cryptocurrencies, such as the Ethereum Foundation are also based in Switzerland.

It is a good location for Libra because Swiss laws are very open to blockchain and cryptocurrency.

Libra is likely to also be regulated by the Swiss Federal Data Protection and Information Commissar as well.

How will Facebook’s Libra work? 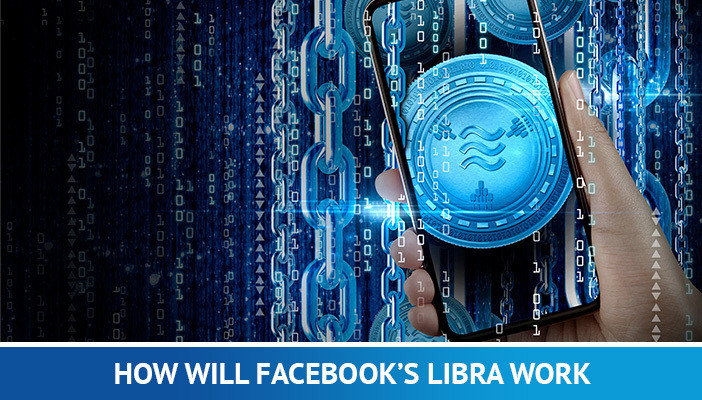 Libra is designed to make purchases on a variety of platforms and possibly even on the high street.

According to the Calibra team, they hope to eventually enable users to pay for bills, small items like coffee and even use Libra to pay for public transport, all through your phone.

Most likely this will be done by scanning a QR code or something similar.

Like many other cryptocurrencies, Facebook’s Libra will use a publicly distributed ledger and transactions cannot be reversed.

Another similarity with most of the other cryptocurrencies is that transactions are not completely free. Users will have to pay a tiny fee (‘gas’) for them to be validated.

Merchants that use Libra may also give discounts for those that use it as well or even free coins.

In a sense, Facebook’s Libra is not completely decentralised. It is in fact, ‘permissioned’, which is a form of centralisation.

On the Libra blockchain, only those who are considered founders and have been given voting power are able to validate transactions.

Bitcoin, on the other hand, is an example of a decentralised platform because everyone is capable of validating transactions, which many believe is fairer.

There are many critics of ‘permissioned’ systems including those who argue it is easier to hack and gain control of if all the voting power is kept to a few small locations and not spread around to all the users.

However, it should be mentioned that the Libra Association aims to move to permissionless over time, which could mean that anyone could validate transactions.

Being not completely decentralised will turn away many cryptocurrency enthusiasts who follow the idea that decentralisation is the only way forward, rejecting the idea of working with big banks. 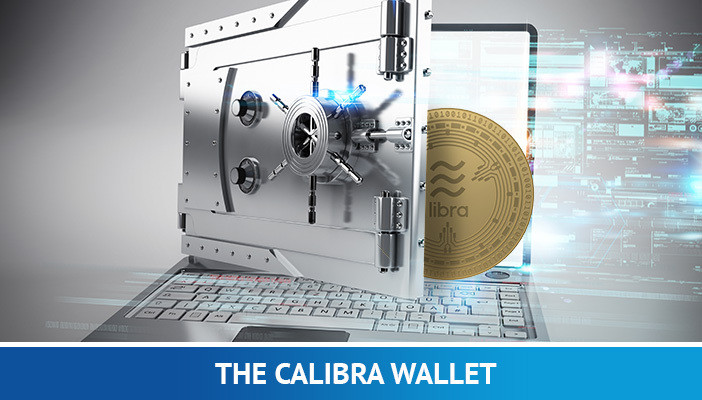 The Libra Association will launch the Calibra virtual wallet for keeping Libra which will be largely focused on making transactions via a mobile device.

Calibra will be launched on Android and iOS as a standalone app and will also be accessible through Facebook messenger and WhatsApp.

The Calibra wallet is designed to be simpler to use, removing the need to remember complicated and long passwords, handling the process for you instead.

Calibra users will also have the ability to send and request via the wallet.

It will be interesting to see if other more mainstream virtual wallets will move to accept Libra when it is released and if the Calibra wallet will accept other cryptocurrencies as well.

PayPal and other payment providers that work with the Libra Association may also allow users to make payments with the cryptocurrency.

Libra will be a stablecoin

A stablecoin is a cryptocurrency that is specifically designed to be as stable as possible and work without volatility.

Most cryptocurrencies are not looked upon in this way.

For example, Bitcoin is the most unstable and critics say that because of its volatility it cannot yet be adopted as a method of payment for everyday use.

An example of a stable coin is Stasis Euro (EURS), a cryptocurrency tied to the euro.

When it comes to trading, it can be harder to make a profit from stablecoins as there are fewer large fluctuations in price.

For Libra, something similar may be done with the US Dollar and other fiat currency, however, the exact value of Libra is yet to be decided upon.

What is known is that every time you use money to buy Libra, that money will go to the Libra Reserve.

That money then may form the basis of value for Libra. It is believed that having a cryptocurrency with a value made up of numerous cryptocurrencies will be more stable.

For example, if one currency, such as the British Pound, suddenly falls it will not have a hugely significant effect as Libra’s currency backing is well-diversified.

Supposedly, Facebook’s Libra will be able to handle up to 1,000 transactions a second. This is lightning fast in comparison to most other cryptocurrencies, dwarfing both Bitcoin and Ethereum.

However, it is worth mentioning that there are many other cryptocurrencies that boast such speeds.

Until they are put to the test and gain a wide user base, we will not know if this is possible.

Using Libra’s new coding language, Move, developers will be able to create their own applications that can run on the Libra blockchain.

Move is open-source and is free to use which is a huge plus to many. However, it is not without issues.

Some may argue against taking up a new coding language as there are already so many. Similar criticism can be said of Ethereum, while Neo can be coded in various languages.

On top of that, users of Move will not be vetted (more on that in a bit). 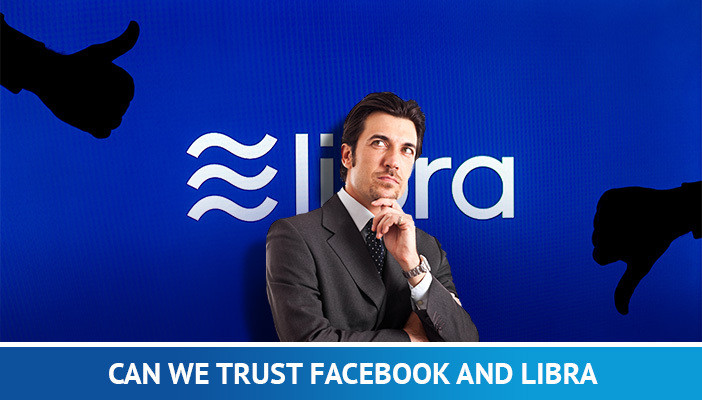 Users will have to validate their account before using them with a valid ID as standard KYC (Know Your Customer).

However, it is not necessary to attach your real name and identity to Libra but transactions will be published on the public ledger.

Perhaps one of the most important things about Libra is that Facebook cannot use the information from your payments to target you with advertisements.

This information will be kept private and not sold on or affect your Facebook news feed.

Facebook seems to have learnt lessons from the Cambridge Analytic scandal and appears to be trying to avoid any problems with privacy.

That said, Facebook has broken promises in the past not to mix WhatsApp and Instagram data with Facebook, which certainly doesn’t boost people’s trust in them.

It is also worth mentioning that there is no regulation into how Facebook’s coding language Move is used. It may be used for illegitimate purposes or by scammers.

If there are problems with Libra, Facebook can attempt to distance itself from it by claiming it is one of many found members, but people will likely always associate Facebook with Libra.

Other critics are cautious of Facebook starting its own cryptocurrency. Specifically, if someone is banned from Facebook, will they still be able to use Libra?

The immediate answer to that question might be that because Calibra will also exist separately, it shouldn't be a problem.

However, a definitive answer to this question will likely have to wait until Libra's release.

In the US, the issue of Facebook launching a cryptocurrency has raised a lot of concerns.

The issue is so big that it has brought together both the Democrats and the Republicans who both appear to want to prevent Libra’s release or at least place tough regulations on it.

They are also unhappy with Libra Associations Swiss headquarters, asking why they didn’t set up the company in the US. To them, it looks very suspicious.

In response to Libra, China’s central bank is planning to develop its own cryptocurrency, stating that Libra could pose a risk to its financial system.

Similarly, the Indian government is considering not allowing the cryptocurrency to be traded.

Several other countries, including the UK, have highlighted concerns over privacy and consumer protection.

If you want to learn more about Facebook’s Libra, you can read their white paper here.