How To Trade Exotic Forex Pairs

Exotic forex pairs are often considered the riskiest forex pairs to trade. But is that completely true? Are they really so dangerous?

Well, with forex trading, in general, there is always risk so what sets exotics apart from the rest of the gang?

And, of course, with all risk, there is a lot to be made, but that risk needs to be understood.

In this article, we’ll look at what exactly are exotic forex pairs, if they are worth trading and what are the best ways to trade them.

What Are Exotic Pairs?

Let’s start with the majors. These are the most traded forex pairs, supposedly constituting up to 85% of the market.

As you can see, there are seven major pairs made of eight major currencies and they are always paired with the US dollar.

The minors are currency pairs made from the majors that do not include the US dollar. For example, EUR/GBP - euro/British pound.

As you can probably guess, there are quite a few minor pairs.

Minor pairs can also sometimes be referred to as ‘crosses’, with euro, Japanese yen and British pound crosses being the most popular.

After the US dollar, the euro is usually regarded as the most valuable currency, while in Asia, the Japanese yen is the most popular and strongest currency.

Additionally, the British pound is also still highly valuable and typically follows the US dollar, Japanese yen and euro in terms of numbers of forex trades.

So, what are exotic pairs then?

Well, quite simply, they can be any forex pair which isn’t considered a major or minor pair. However, just because a currency is considered exotic don’t assume that it is poorly valued.

For example, the Kuwaiti dinar and Saudi Arabian riyal are both considered high-value currencies but are still considered exotics.

Whether or not a currency is regarded as ‘exotic’ or not really is more to do with its popularity among traders, not how developed a nation is.

Are Exotic Pairs Worth Trading? 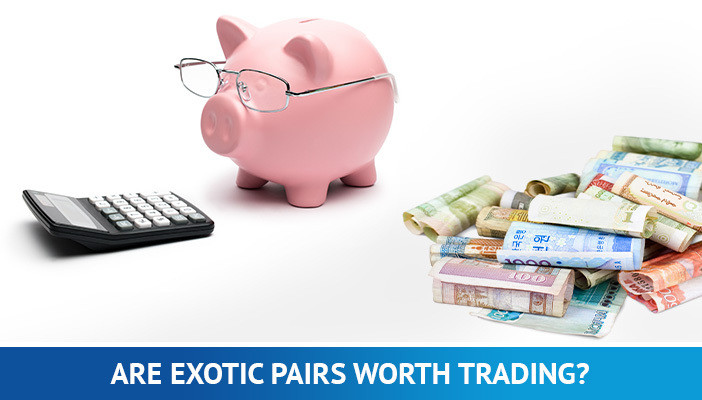 Yes, but only if you are smart about it!

Exotic pairs can be highly profitable for one simple reason; they can be a lot more volatile.

Does that word ‘volatile’ scare you? Well, it shouldn’t! Volatility is highly valuable in forex trading. Nobody makes money from a currency pair that doesn't move!

Sure, it can mean losing more, which is sensible to be worried about, but it can also mean gaining more.

So how can you balance this?

If you are interested in trading exotic pairs, it might be worth starting with the most traded exotic pairs.

It is important rementioning that exotic forex pairs are the most volatile trading pairs, and that trading them can be  expensive.

Exotic Pairs Can Be More Predictable

Exotics can offer some of the best opportunities if you are willing to look for them.

Despite all the dangers associated with trading exotic pairs, some actually claim that exotics can be more predictable to trade than majors or minors.

This is particularly true when you trade an exotic currency against a very strong currency, such as the US dollar.

When looking at the charts of two different exotics paired with the US dollar, you may even see that they’re almost identical in terms of price movements.

Theoretically, this can mean a trader with a good understanding of the US dollar and what affects it could trade numerous exotic pairs at once and make a killing.

That said, other currencies, such as the British pound, might be harder to predict and there may be more deviation.

Exotic currencies are sometimes called ‘technically obedient’, meaning that when there appears to be a breakout, it usually happens.

Other factors at play that usually affect majors or minors are just not there.

...But there are risks involved 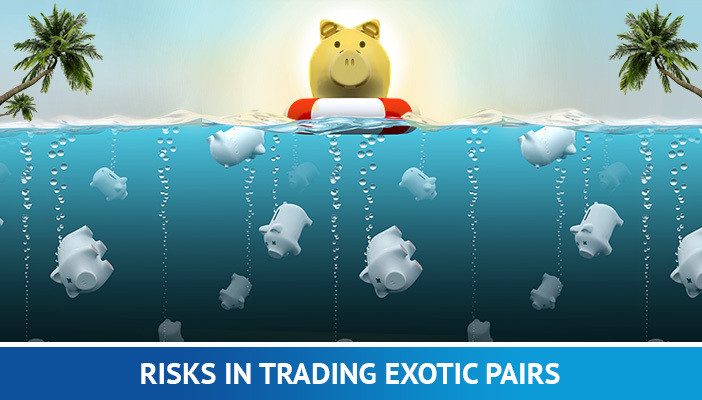 It is highly advised that if you get involved in trading exotic pairs that you start to develop a good understanding of the relationship between the two nations.

Exotic pairs are generally not so well known about and it can be unclear why prices change.

People who tend to trade exotics are usually people who live in the ‘exotic’ country. They are more likely to understand the economic situation of that country.

As we mentioned above, exotic pairs volatility can mean that they are more dangerous to trade.

Another issue exotic pairs can face is that they are less liquid than major or minor currency pairs.

What does less ‘liquid’ mean?

Well, it means that there is less money moving between this currency pair. This can be problematic because it can make it harder for you to get in and out of a trade at the price you want.

Major and minor pairs, on the other hand, move large quantities of currency daily.

If you are interested in trading exotic pairs it is also highly advised that you check with your broker what they offer.

Many brokers charge more to trade exotic pairs if they are even able to offer them (many brokers stick to just the majors and minors).

You need to understand that for brokers offering exotic pairs is quite a risk for them and in order for them to make a profit from this, they tend to charge a much higher rate for these pairs.

Some brokers encourage traders to take up larger position sizes when trading exotics to counter the low pip value.

Others suggest that when trading exotics it may be more beneficial to stay in the trade for longer - a swing trade. Others may also consider performing a carry trade.

Additionally, traders should know that there are generally wider spreads to trade exotics as well.

Because of the risk, increased fees and wider spreads, more capital may be required to trade exotic forex pairs.

Lack of knowledge is the greatest risk involved in trading exotics.

When trading exotics, it can be hard to stay on top of the news when you don’t even speak the language.

Your news can be second-hand or possibly poorly translated which can make it hard to make sure you properly understand it.

Terms may not be translated correctly. Forex traders should always try to be certain about what they are doing.

Political uncertainty can also be a major issue when trading exotics. It often leads to big fluctuations in price, especially in places where conflict with other nations may emerge.

Plus, generally speaking, most traders who are involved in exotic pairs trade an exotic currency against an established currency - a major.

They don’t tend to trade the exotic currency against another exotic, which is rarely offered by brokers.

Despite all the risks involved in trading exotics, every trader should probably try it at some point to see if it is for them.

Beginners Should Stick to Majors and Minors 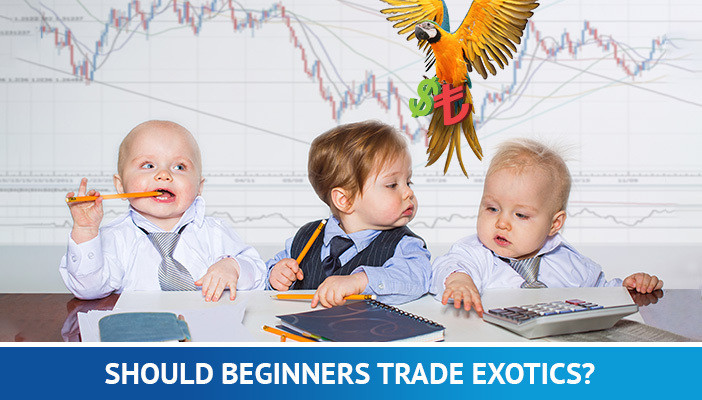 While trading exotics pairs does sound exciting, if you are new to forex trading it is highly advised that you stick the majors and minors till you have more experience.

Aside from being considered safer, they generally have tighter spreads, lower margin requirements and offer higher leverage.

Exotics are more susceptible to change and that scares many traders. You need to remember that trading is really a game of probability.

Traders want to be able to make reliable profits, they look for consistency, opportunities they can guess and make money from.

Further to that, there is more data around for majors and minors which beginners and experienced traders alike can use to make effective estimates on future price movements.

Now you know how to trade exotic forex pairs. If you're feeling inspired to start trading those forex pairs, you may be pleased to know that every new account on eToro is credited with $100,000 in a virtual portfolio, so you can practice trading risk-free. Join eToro and discover how simple and intuitive it is to trade and talk Cryptos, Forex, Stocks and Indices.

If you enjoyed reading How To Trade Exotic Forex Pairs, please give it a like and share it with anyone else you think it may be of interest too.