The currency market may seem volatile and scary to some people, but for many, it is fun and genuine. As described in this article by our Trading Education Team, the market will always stick with those who have spent time carrying out thorough research and stick to their chosen risk management technique.

Perhaps you have heard of Bill Lipschutz, the experienced trader who seemed to forget risk management and lost everything he owned. But, from his story, we can learn that life is only what you make of it and we should never give up on our dreams. Lipschutz took everything back to basics and decided to learn more about risk management techniques and patterns in the market. Some people doubted his abilities but within a year he earned a staggering $300 million. 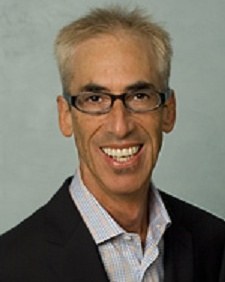 Today no one knows his exact net worth, but one thing is for sure, he is a billionaire. Bill Lipschutz famously bounced back by making $300 million for his employers the Solomon Brothers, before setting up his own capital management firm, the Hathersage Capital Management Firm. The firm has rapidly expanded and today is one of the most successful companies in the trading world.

Bill Lipschutz was born and raised in New York, where he excelled at school and quickly gained a passion for maths. Although at university he studied a Fine Arts degree, he later studied for an MBA in Finance. During his student years, Lipschutz inherited $12,000 worth of stocks from his grandmother, which kickstarted his investment career.

Bill achieved early success when he turned his initial inherited stocks into $250,000, but these early results were short-lived. Perhaps he became too confident or greedy too quickly, so improper management techniques led to him losing everything. But, it is his determination which we can all learn from, he never gave up hope and continued on his mission to learn the basics of a successful trade.

Following his initial downfall, Bill joined the Solomon Brothers as part of the newly formed Foreign Exchange department and was soon regularly earning the company $300 million every year. The firm acknowledged his success and in 1988 they appointed him as the director of two principal subsidiaries within the firm. According to Knowleap, Bill was acknowledged as one of the top forex traders in the world.

By 1990 Lipschutz was ready for retirement from the trading world and he took 5 years away from the industry. This is uncommon within trading, as most successful traders are always looking to earn more money and increase their wealth. Instead, Bill knew that he needed to find time to rest and recuperate, to reduce the level of pressure which he had put himself under.

People also read: The little Forex Guide that Can Lead You to the Big Profits

In 1995 Bill joined together with his former classmates to form Hathersage Capital Management. The firm is a Global Macro manager which specialises in G10 currencies. Its success is largely attributed to Bill, who has been in place as the Principal and Director of the Portfolio Management division since its inception.

Bill has an unusual motto which we can all learn from, 'Trade insane or remain the same'. Bill believed that the enjoyment gained from trading lies in making money at insane speeds. The trader would famously watch all markets at the same time, with a monitor set up next to his bed so he could analyse everything around the clock. After all, to make $300 million in just one year a person needs to work extremely hard.

Bill's life can teach us that there is always hope, he may have lost everything quickly, but he regained it back and some more. We are all human, not all trades will make a profit and mistakes do happen. To give yourself the best chance of success, learn from Bill - begin with the basics, manage risk and maintain a strong emotional discipline. It is important to remember that hard work will always beat talent if the talent is not prepared to work hard.

An experienced trader will understand the impact of outside market forces, whether they are recent economic changes or even natural disasters, everything can create volatility. Alongside understanding the market, it is essential to create a strategy which pinpoints effective entry and exit points for a trade. Once an investment is made it is important to stay alert to the market so that the trade can be taken as far as possible.

Success requires patience, endurance and commitment. All traders experience losses at some point, but it is a loss and how it is handled which can be the making of a successful trader. By maintaining focus on the original goals and ignoring the success of others in the industry, it will soon become possible to create your own pathway.

Don't miss: Top 28 Most Famous Day Traders And Their Secrets

The key to understanding the forex market lies in learning how everything is interlinked. The relationship between currencies depends on the flow of information, which in turn depends on market capitalisation. Understanding these aspects of the market is the key to becoming a knowledgeable trader and will make it possible to spot opportunities within the market.

Bill Lipschutz is a great example of how anyone can rise from rags to riches. The commitment and principles he shows to trading can provide all traders with valuable lessons for many generations. We are all faced with numerous barriers during our lives which can slow down our path to success, but determination and strength will soon help a person to achieve their goals.

Forex trading
Success
Top Brokers in
All Regulated Brokers
67% of retail clients lose money when trading CFDs with this provider.