Cardano Explodes To Record Highs. Will It Overtake Bitcoin And Ethereum?

The crypto market has made a strong rebound, from the lows it hit back in June. Bitcoin and Ethereum, the two largest cryptocurrencies, have come close to retesting their all-time highs in just over a month.

The total market capitalization of over 11k cryptocurrencies is now at over $2.3 trillion up from lows of $1.4 trillion back in June. While most have made impressive returns, it is Cardano that has made the most gains of the top, most recognized cryptocurrencies.

Cardano fell to a low of $1.12 back in July, but its price is now at over $3. Its rally is an indicator of the direction that the crypto market as a whole could take, going into the future.

Cardano is a decentralized blockchain platform. While the project started in 2015, it only got into serious business in 2017.

Cardano was founded by ex-Ethereum co-founder Charles Hoskinson. He understood the handicaps that Ethereum faced especially in terms of scalability and set out to make a better blockchain.

This is fully captured in the Cardano website where it is described as a blockchain for innovators. Cardano describes itself as a platform that gives innovators the tools they need to make an impact in society.

Charles and his team have been hard at work over the last couple of years, and the market seems to have noticed the potential that Cardano holds.

At the moment, it is the 3rd largest cryptocurrency by market capitalization.

Don't Miss: Why Cardano Will Skyrocket

Bitcoin And Ethereum Are Still Below Their April Highs 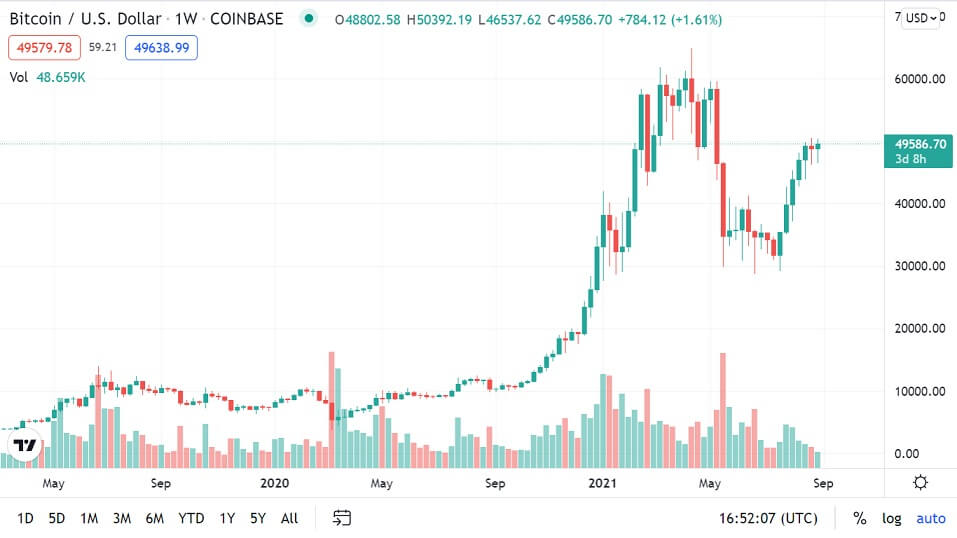 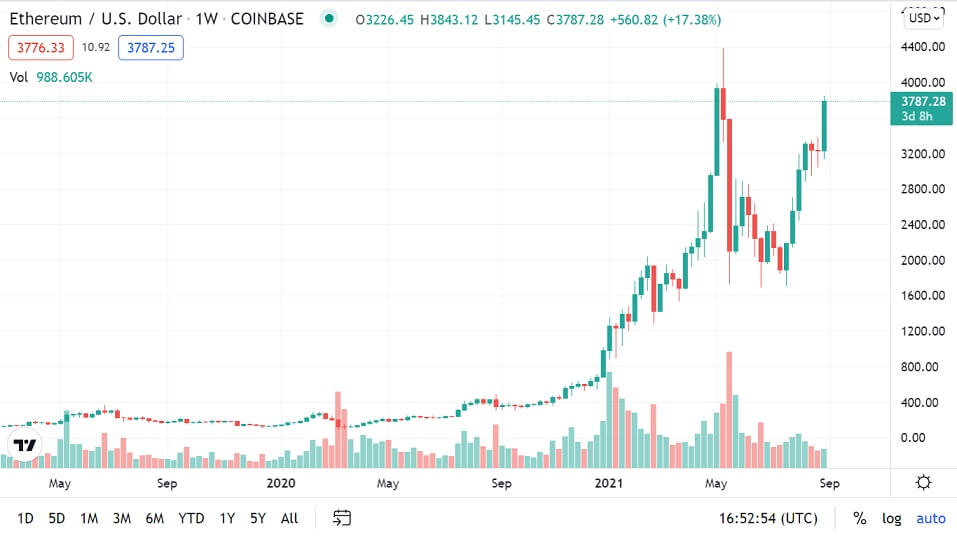 Meanwhile, ADA is making new highs every day and is now flirting with prices above $3.

Cardano started gaining momentum in the latter part of August. On the 26th of August, ADA hit a high of $2.9442 a token. It started September with this momentum, and on 2nd September made a new high of $3.0123. 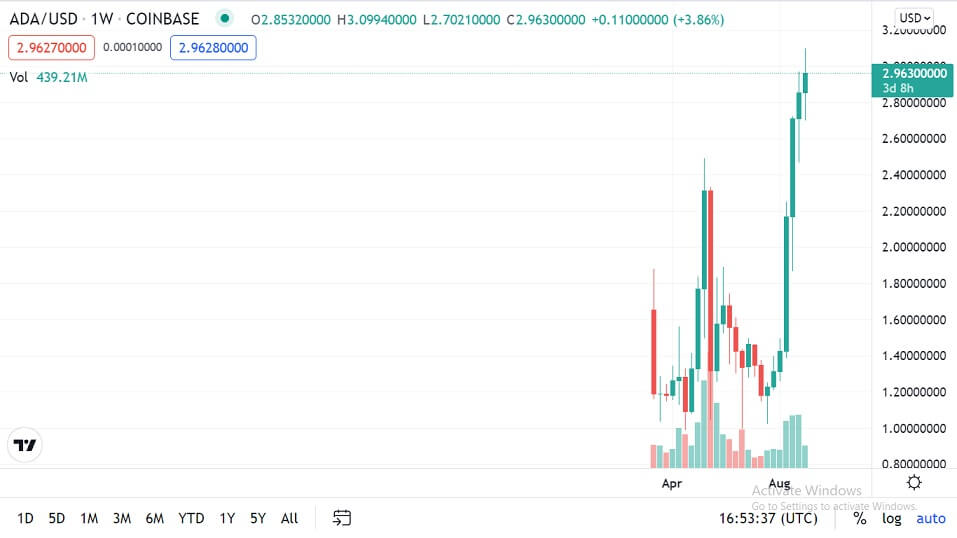 However, from the chart above, it is clear that Cardano has been gaining upside momentum from as far back as May at the peak of the bull market.

Back then, Ethereum rallied to a high of $4400, and ADA made a high of $2.0391. This was the all-time high at the time, but Cardano outpaced it on August 18th. This set the stage for the new all-time highs it made at the start of September.

So what are the origins of this crypto that seems to be making new highs by the day? Well, at this point, you already know that the Cardano blockchain is the brainchild of Charles Hoskinson.

However, the name itself, ADA, has a very interesting background to it. It was most likely borrowed from the name of Ada Lovelace, a British countess who left a mark in theoretical computation back in the 19th century. She is believed to be the pioneer of computer programming.

Besides the interesting origins of its name, ADA  has one of the most advanced Proof-of-Stake algorithms in crypto. It is designed to solve the trilemma of blockchain namely scalability,  security, and decentralization.

It also allows for staking, and those who stake Cardano are allocated coins randomly when they put up their coins as collateral to help secure the network.

Cardano’s Proof-of-Stake is much better for a couple of reasons. The most important one is that it is highly energy efficient. In fact, the amount of energy that Cardano uses is less than a fraction of a percentage of what bitcoin uses.

This makes Cardano highly appealing to environmentally conscious investors. Due to the growing reality of climate change, the number of such investors is on the rise all across the globe.

ADA’s Exponential Gains Are A Signal For The Broader Market

Cardano’s rally has seen it become the 3rd largest cryptocurrency by market capitalization. Alongside Bitcoin and Ethereum, they now account for over 65% of the total crypto market cap.

As things stand,  Bitcoin is about 10 times bigger than Cardano, while Ethereum is roughly four times as big.  While ADA has some ground to cover to get to either Ethereum’s or Bitcoin’s market cap, its meteoric rise is a signal that altcoins will drive the future of crypto.

Since it started to rally, a number of altcoins have made significant gains too. For instance, Coti (COTI), a Cardano-based project rallied by 55% in August. It is now the 170th largest crypto by market cap.

Check Out: Is Now The Right Time to Buy Cardano?

Alonzo Upgrade And The Cardano Rally

Cardano’s rally started after it announced that there would a hard fork on the 12th of September. The hard fork dubbed Alonzo will see Cardano introduce smart contracts.

Through this listing, Cardano joined the small list of elite cryptos that the exchange offers to its clients. These are Bitcoin, Litecoin, and Ethereum. Considering that Japan is one of the largest crypto markets out there, it is not surprising that the price of ADA rallied in August.

With this listing and the Alonzo upgrade, some experts believe Cardano could easily surpass Bitcoin and Ethereum. It is only trading at $3, and investors hoping to catch the next Bitcoin or Ethereum early will drive it up.

However, it is important to remember that cryptocurrencies are hugely speculative. Therefore, it is best to only invest what one is willing to lose, just like every other investment out there. That said, the risk-reward for Cardano is pretty high.

It’s crypto worth keeping a close eye on.

Can Cardano Realize the Target of $10 Any Time Soon?

11 Reasons Why You Should Invest in Cardano ADA Today