Cryptocurrencies Could Be The Future Of Investing

Cryptocurrency is a digital or synthetic currency protected by cryptography, rendering counterfeiting or replication virtually impossible. Most cryptocurrencies are decentralized blockchain-based networks – a distributed directory enforced through a disparate computing network. Cryptocurrencies usually have no overarching authority, which renders them technically immune to intervention.

The demand for Cryptocurrencies has expanded strongly and is gradually moving around the world. Except for retail investors, 2020 has been a year when large financial institutions have invested large sums of money in cryptocurrency. Therefore they are becoming more accepted, and some investors consider them already as a hedge against inflation and a store of value that could potentially replace gold.

On the other side, there are countries where cryptocurrencies are entirely banned; therefore, any crypto activity there is illegal. However, what the future holds for cryptocurrencies will be discussed below.

What Is The Future of Bitcoin as The Leader of Cryptocurrencies?

As mentioned above, 2020 has been an excellent year for Bitcoin, as many institutional investors have invested large sums of money. Paypal also launched crypto services in 2020 marking a historical year for cryptocurrencies. 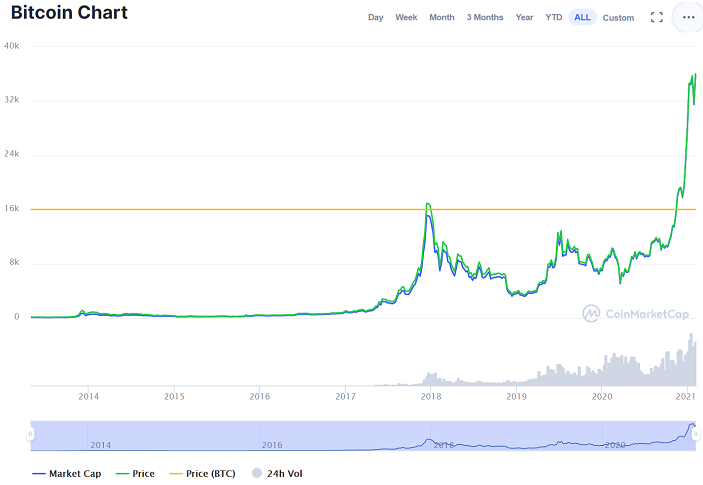 Microstrategy invested $1.3 billion in bitcoin, and Grayscale totalled a whopping $13 billion in crypto assets under their management in 2020.

Ruffer Investment followed with $744 million; Stone Ridge with $115 million; Massachusetts Mutual with $100 million investment in Bitcoin and Square with $50 million.

Since crypto institutionalization began in 2020 with the companies mentioned above investing in Bitcoin, crypto enthusiasts and investors believe that the future of Bitcoin is promising.

Microstrategy’s CEO Michael Saylor has been advocating Bitcoin’s role as the crypto leader and considering it a store of value that could replace gold in the near future. 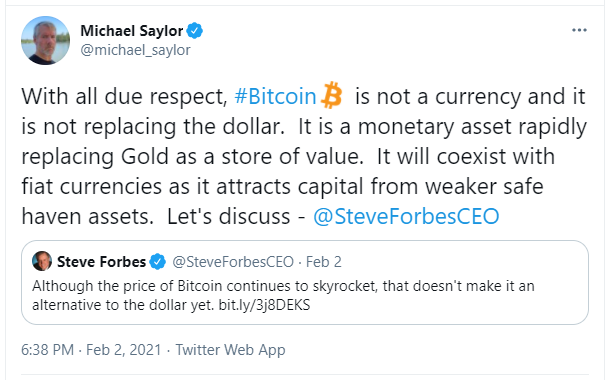 Previously in an interview for CNBC Saylor pointed out that in the future other prominent companies will have to invest in Bitcoin.

“Apple, Amazon, Google and Facebook are all going to have to plug their products into it and any company with large cash balances is going to have to convert their treasury into Bitcoin if they wish to stay solvent and relevant”, he noted.

Some experts claim that the emerging market has a long way to go before it matures, as historically illustrated by smooth volatility and liquidity. While others imply the lack of the algorithm is the key factor in the perceived demand of Bitcoin, both now and in the future.

However, Tim Draper, the founder of Draper Associates pointed out that in the near future people will be able to use cryptocurrencies just as they use the dollar now.

“I think a lot of [Bitcoin-related] technologies are coming to the fore. It will take a little while for people to start using them… It will be in that range [2022 to 2023] when people [will] start to be able to spend it and invest it as easily as they do dollars now,” Draper said.

“As soon as that happens, there’s going to be a huge shift, because who is going to want to hold onto political money when you can hold on to real crypto money?” he further added.

Draper is also known for accurately predicting Bitcoin price in 2017. He also made his Bitcoin price prediction for 2022 and 2023. 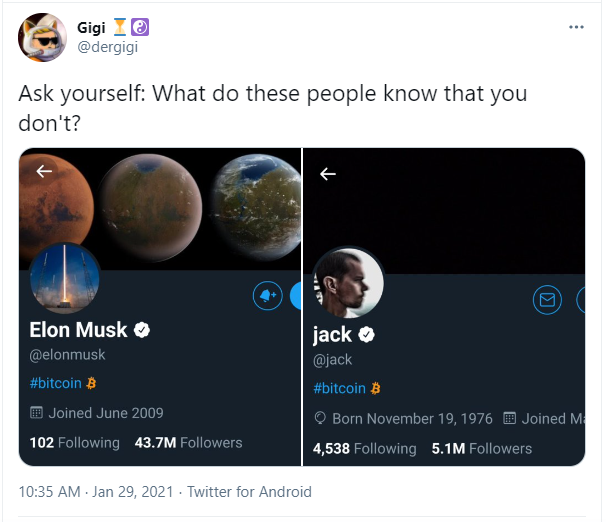 Given the above words, forecasts and investments made by leading companies, the future of Bitcoin looks bright, and Bitcoin can really increase its role as a key factor in the financial world. Paypal is already integrated, but if companies like Amazon decide to get involved in Bitcoin, then things will change drastically, in a positive way for Bitcoin.

Would you consider investing in the crypto market?

Where Is Cryptocurrency Headed?

Cryptocurrencies such as Bitcoin and Ethereum have grown sharply. Retail and institutional investor interest in digital currencies in recent months has grown significantly. Since then, many early players who tried to make gains on the "cryptocurrency craze" have gone ahead and left behind a smaller community. Yet there are still reasons to think that there is some fight remaining for cryptocurrencies to breakthrough.

The year 2020 is generally characterized as a fruitful year for major cryptocurrencies. In addition to Bitcoin, Ethereum has also seen growth. As Ethereum is a leader in Decentralized Finance (DeFi), it has excellent potential for even greater influence in the world of finance in the future. DeFi has been on the rise in 2020 and is expected to expand further with Ethereum as a leader in the future.

Just as cryptocurrencies have many supporters, they also have opponents, but they are generally becoming more acceptable to investors. Some even consider them "90s internet", implying that they can become a true competitor of fiat currencies in the future.

Will Cryptocurrency Go Away?

Although cryptocurrencies have critics who call them "Bubble", they are not expected to go away with the development they are going through. It is unlikely that such assets already considered "monetary networks" and integrated by platforms such as Paypal will go away.

Should You Invest in Cryptocurrencies?

It could be wise to handle your investment in cryptocurrencies in the same manner as you might treat any other risky investment. Cryptocurrencies have no inherent value other than what a buyer is prepared to pay for them. This makes it particularly vulnerable to major price shifts.

If you are unable to deal with such uncertainty, it could be better to pursue investments elsewhere that fit your needs. Whereas the opinions of Bitcoin as an investment remain profoundly polarized – the proponents suggest their small supply and increasing use as valuation generators, and the opponents see this as yet another speculative bubble.

Given the uncertainties, cryptocurrencies have several advantages that render money markets more profitable.

Since cryptocurrencies led by Bitcoin have begun to really be institutionalized then the likelihood is that investing in cryptocurrencies could be a deliberate move. It should be noted that Bitcoin has a cap of 21 million BTC. There are currently over 18 million BTC in circulation. If we take into consideration the “supply and demand” rule, then as Bitcoin’s market cap approaches its limit due to high demand, then its price might skyrocket in the near future.

Read Also: 7 Top Cryptocurrencies That Could Make You a Millionaire in 2021

3 Reasons Why Cryptocurrencies Could Be The Future Of Investing

1. High-profit return from the investment

Since their inception, the success of cryptocurrencies has risen. They expanded in the course of the few years, though still fresh on the market. In contrast to other portfolios, crypto is more profitable. For example, Bitcoin has grown 300% in 2020.

Investing in virtual currencies is risky and many investors may shy away from it due to their volatile nature. If you want to invest in digital assets effectively, you must have a clear plan after comprehensive industry research.

Investing takes time, commitment, and capital. Cryptocurrencies are much simpler and easier to handle, unlike traditional alternatives. All you have to do is register in crypto exchange and store your coins in a crypto wallet. You will then continue to monitor your digital assets conveniently.

Ultimately, it is a personal preference that people make based on certain conditions to participate in cryptocurrencies. Risk-takers produce big gains on the monetary market as they draw on different properties.

The same happens to cryptocurrency investments; if you invest in multiple currencies, you can get large returns. Expert specialists normally diversify to eliminate major risks. Although this may seem risky, high liquidity and discreet dealings give you financial freedom.

How To Invest In Cryptocurrency In 2021

Top 9 Cryptocurrencies To Trade In 2021

7 Cryptocurrency Predictions for 2021 That Everybody Would Agree With

5 Reasons Why Bitcoin Could Double Your Money In 2021