Is Binance Coin Worth Investing In 2019?

Blockchain technology can be used in multiple ways. There are plenty of different industries that can benefit from its use.

However, it doesn’t just have to be about using one chain and not all blockchains work in the same way.

By experimenting with blockchain technology and using it in different ways, issues such as scalability, speed and security can hopefully be overcome.

Some algorithms use more than one blockchain and more recently, some alternatives to blockchain have started appearing as well.

Proof of Work and Proof of Stake

First, we need to understand that there is a fundamental difference in how most blockchains work.

Most cryptocurrencies use either Proof of Work (PoW) or Proof of Stake (PoS). You can read more about the two here.

The primary difference between the two is that PoW uses miners, which makes it extremely secure, but is also expensive as miners use a lot of power.

PoS doesn’t require mining, instead, validating a block depends on how large of a stake a person holds or basically how many coins they possess and the respective age of the stake. 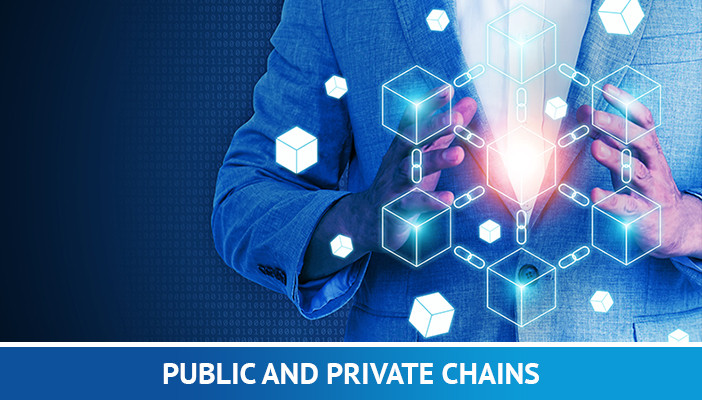 You're probably aware that most cryptocurrencies operate with a distributed ledger.

In most cases, this ledger is completely open to the public and anyone can view transactions between different individuals.

The benefits of this technology are that it prevents fraud and double-spending.

However, not everybody wants all their transaction information public. There are plenty out there that see such transparency as potentially dangerous.

So, to counter this, there are private chains. However, these are not just for cryptocurrency, they can also be used by private companies who want to keep information within their organisation.

There are also many different variations of PoW or PoS that borrow features from one another.

However, although trying to take the best parts, it doesn’t always mean what is introduced is better. 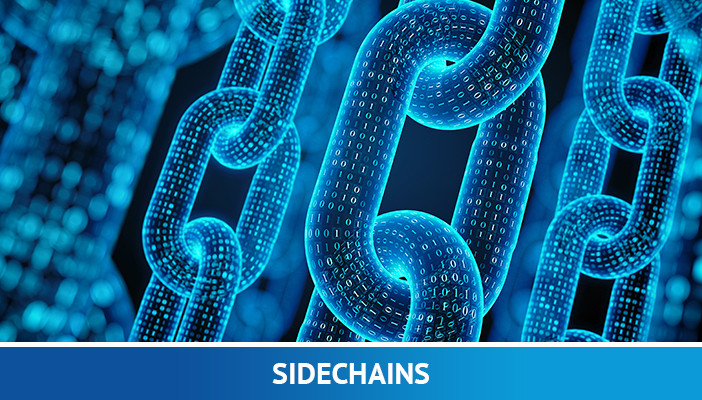 Sidechains, or childchains, are essentially secondary blockchains that work in conjunction with the primary chain.

There are now several blockchains that use a second chain to handle things like smart contracts.

By doing this they can increase speed and scalability by moving smart contract features away from the primary blockchain, which can then focus specifically on transactions.

Sidechains can be used for other purposes as well. There can be multiple chains interacting with the primary chain, each being used for different purposes.

Some of these purposes may relate specifically to different payment types or even to dApps which can be built on top of the blockchain.

Perhaps one of the best ways to use sidechains is for smaller transactions and the primary chain for larger transactions. This can make transaction fees and times fairer.

Sidechains or childchains could be a viable way to handle scaling and help blockchain technology deal with traffic as the network continues to grow.

Just as you thought blockchain couldn’t get any more confusing, a new host of different cryptocurrencies and consensus algorithms are appearing that claim to do better than blockchain.

Could they be the fourth generation of cryptocurrency? Who knows, we may have to unlearn everything we know about blockchain. 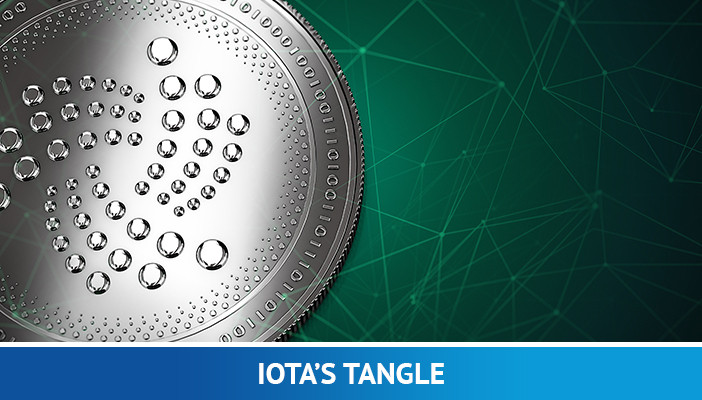 IOTA is a cryptocurrency that works without a blockchain. Instead, it uses what it calls the Tangle which is a ‘DAG’.

For every transaction that is added, the tangle confirms two. Theoretically, the more transactions that take place on the network, the faster it gets.

Every connection is called an edge. This is where the transactions get confirmed. Theoretically, there is no direct line in the tangle, however, new transactions will always be at the ends of the graph.

Transactions are also known as ‘sites’ and the end are called ‘tips’. They are waiting to be verified by the next transactions which will follow them.

The longer a transaction is accepted on the network, the harder it will get to perform double-spending.

And that’s exactly what IOTA plans to use; devices that utilise the IoT (Internet of things).

In their grand plan, any device that uses the IoT will be able to act as a node and facilitate transactions.

The tangle also doesn’t have blocks which require miners. This makes transactions cheaper because they do not need to be mined.

Plus, because in theory the more transactions that take place the faster it gets, it should be more scalable than blockchain as well.

Some are critical of DAGs because they might not be able to prevent double spends and may be more open to 51% attacks.

In fact, for tangle to be controlled, only 34% of the network needs to be attacked, which makes it considerably more vulnerable than blockchain.

DAGs are also not good for smart contracts because it is difficult to determine transaction order.

With blockchain, it is much easier because you have blocks that come one after the other and it is very easy to see. DAGs may need a second layer for smart contract features.

There is also no incentive to be a node in the network because you don’t receive anything. With blockchains, where mining is required, the incentive is that you can earn from mining.

DAGs have also existed for over 30 years and as a concept are not that new. People are already well-aware of their limitations.

Blockchain technology is a lot newer and overcomes some of the problems DAGs face.

While IOTA does some things very well, they have also suffered from several bad PR events which have not helped their cause. 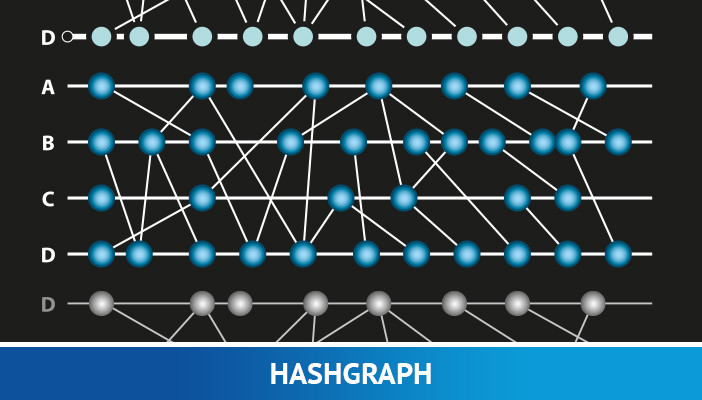 Hashgraph is another alternative technology to blockchain that claims to do things better.

They assert that they can handle 250,000 transactions per second, which is more than 10 times what Visa is capable of.

They want to be a voting algorithm, not PoS or PoW, which they say is fairer and less centralised.

Transactions are handled asynchronously, which means that transactions don’t have to wait for other transactions before them like they do with PoS or PoW.

Plus, with PoW, miners can pick which blocks to mine based on the reward they will receive, and so they may skip earlier blocks if the reward for mining it is smaller.

Hashgraph uses what they call a ‘gossip protocol’. This is to overcome the issue of bandwidth with voting algorithms.

Because they require everyone to communicate with each other, it puts a lot of weight on the bandwidth.

The gossip protocol simplifies this process by randomising it. Instead of each node talking to every other node at the same time, each node will randomly communicate with another node.

They call this ‘gossip about gossip’. Each node shares everything they have seen with another node. Effectively, sharing other people’s gossip.

Eventually, mathematically, consensus will be achieved because all information is shared, and bandwidth is saved and not overly stressed.

Hashgraph also believes that this protocol is cheaper because mining is not required.

To top it off, Hashgraph may also be safer than blockchain technology. To successfully attack the system, you would need to attack all members at the same time.

Such an act is essentially impossible and would be very expensive.

There are problems with Hashgraph though. Perhaps the biggest being that it is a patented technology owned by Swirlds.

This may mean that it will simply be a tool for companies and not for the masses.

It is also not considered decentralised or open-source. To use it you need to request an SDK (software development kit).

The algorithm itself is decentralised, but not the company, Swirlds, or the ownership behind Hashgraph.

Another problem with Hashgraph is that it doesn’t store historical records of all transactions. Over time they are removed.

Critics say that this could be a problem because it would be harder to prove that transactions took place in the past. 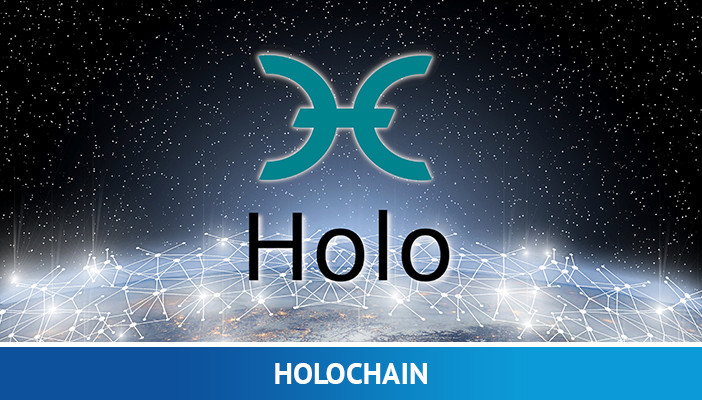 Holochain also doesn’t use PoS or PoW and is an agent-centric system.

It is so different that as a user you will have to unlearn many of the concepts related to blockchain and cryptocurrency.

Technically speaking, there is also no consensus mechanism. Instead, there is what they call DNA and there is no one single ledger.

As is it agent-centric, every developer will have their own consensus and rules for their part of the system.

As an agent, you will have all your data stored within a hashchain for you to control and keep your identity.

Holochain is supposedly good for building dApps, which appears to be their primary focus and could effectively make them a rival to Ethereum.

Holochain is effectively a framework for developers who can make their own rules for what they create on and the more popular a dApp becomes, the more hosting power they receive.

Like Hashgraph, Holochain also uses a gossip protocol, however, they refer to it as the ‘immune system’. This is used to stop bad actors.

Holochain’s scope is larger than just dApps. In a sense, they want to revolutionise the Internet. Holochain has been designed so developers can build their own blockchain on top of their system.

Holochain also does not have a native token to the network. Instead, what it has is the Holo token (HOT) and these tokens are rewarded to nodes for hosting dApps.

Holo’s value will be backed up by computing power of the network and the amount of Holo can expand or contract depending on the needs of the system.

Some are sceptical of Holochain, concerned that the technology will give developers too much responsibility that they might not be able to handle.

With blockchain technology, there are already plenty of issues alone that are still not dealt with and to give more responsibility to developers may result in more issues.

Others are concerned about Holochain’s immune system, uncertain if it will be able to fend off bad actors.

It may even be possible that these bad actors take over the immune system and run it themselves.

Are we seeing the end of blockchain already?

No, it is still too early to say anything like that at this point.

Blockchain technology itself is still very new and has a long way to go before it is adopted by mainstream users.

We are yet to see how effective it will be in everyday use by the mass public and which variation of blockchain will work best.

And while there are alternatives to blockchain with some advantages, there is no clear-cut improved version of blockchain technology at this point.