Speed Or Security? Which Is More Important To Cryptocurrency?

Which is more important? Speed or security? The debate has divided the cryptocurrency for years.

It has even led some crypto enthusiasts to fork existing cryptocurrencies and start new ones. In fact, this is what happened with Bitcoin and Bitcoin Cash (more on that in a bit).

Some claim that by increasing the speed you sacrifice security, and others claim that if you don’t have speed, no one will be interested in using the cryptocurrency.

There are of course cryptocurrencies that claim to offer both speed and security. However, this can be pretty hard to prove until the cryptocurrency is adopted by many users. 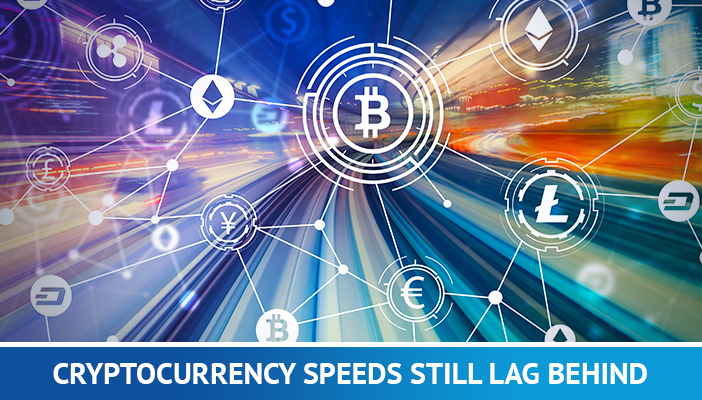 Blockchain technology is often touted as being theoretically faster than traditional banking systems. However, in actuality, it hasn’t yet fulfilled that promise.

The reason blockchain can be faster is that it is more direct. By cutting out the middleman - the banks - transactions are more direct.

First, your money is transferred from your account to your bank.

Then your bank needs to have an account with another bank and put the money in that account.

And then finally, the money can be transferred from your bank’s bank account in the other bank to the receiver.

The problem is even more complicated when your bank doesn’t have a bank account with your friend's bank, which may require a third bank to get involved.

This is particularly the case when sending money overseas.

However, the speed of blockchain transactions is still very, very much behind. In comparison to Visa, one of the largest facilitators of transactions, most cryptocurrencies are far behind.

Although Bitcoin is the most popular cryptocurrency, it is by no means the fastest.

Ripple is perhaps the fastest, managing supposedly 1,500 transactions per second, which makes it even faster than PayPal, which can only manage 193 per second.

Stellar, Bitcoin Cash, Litecoin and Ethereum are also known to be faster than Bitcoin.

However, if none of these cryptocurrencies are able to reach the same speeds as Visa, it will not truly be a way to facilitate transactions.

Only then will people be more likely to take on cryptocurrency.

Speed can be misleading

So why does every cryptocurrency claim to be able to make faster transactions than traditional banking?

Well, this is where things can get quite confusing; there are numerous types of transaction speeds.

Many developers claim that their cryptocurrency can achieve levels around 50,000 transactions per second.

However, until these cryptocurrencies are operating at max capacity and have been optimised to reach such levels, we will not know if this is possible.

It may even be the case that when claimed or theoretical transaction speeds are reached that the system may even crash and cease to function.

Plus, it is also worth noting that many of these speeds are calculated on test networks.

This is a problem because supposedly 57% of the time it's not possible to effectively test how well something performs in lab traffic.

These test networks are likely to only fabricate real conditions. They may not take many things into consideration. In reality, times may vary due to congestion.

Finally, just to make things more confusing, often the times we are shown are average. This means that the real number could be higher or lower or simply inconsistent.

But are transaction speeds actually important? 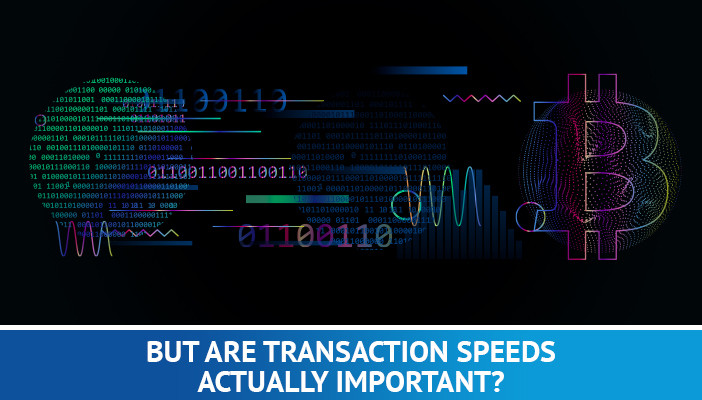 It is worth questioning why we actually care about transaction speeds. Do they really matter at all?

They matter in the sense that faster transaction speeds make us feel more secure, both as a sender and as a receiver.

We won’t have money issues hanging over us. Plus, they are certainly important for those who need to transfer money over to another party.

For example, buying a house. You may need to first receive the money from the bank and then send it over to the seller. Slow transactions can be problematic and may blow the deal.

At certain points, Bitcoin had extremely slow transaction speeds. Up to four days in some cases. Such a slow down for any cryptocurrency will made mainstream success less likely.

However, is it really necessary to compete with the likes of Visa? While it may be the fastest way to transfer money, there are plenty more benefits behind cryptocurrency.

It is easy to forget about security

Cryptocurrency can be more secure than the current system we have. The Internet, although it’s made transactions faster can be unreliable when it comes to transferring information.

When a video you’re watching starts buffering, that’s the unreliability of the Internet. If the same happens during a transaction, it can wipe it out.

Thankfully, in most cases, the funds will be returned and the transaction void. However, this does still raise many questions.

Blockchain technology, because it is verified by every node at the same time, doesn’t have this problem. The system can never go down unless all nodes were taken off the network at the same time.

Centralised systems such as Visa do have this problem because every transaction needs to go through them. Both on the way to Visa and from Visa to the receiver there is a chance things can go wrong.

Bitcoin vs. Bitcoin Cash: Slow and secure vs. fast unsecure? 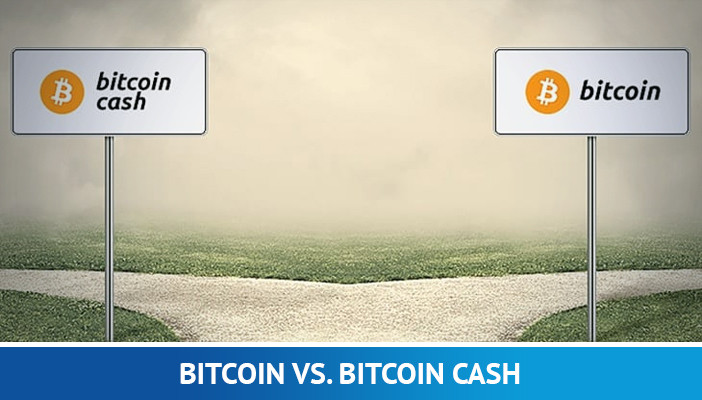 Bitcoin and Bitcoin Cash debate is also important to mention. Bitcoin Cash was created from forking the Bitcoin blockchain.

It was created from disagreement about the best way to scale Bitcoin.

Bitcoin has a number of issues related to scaling which have slowed down transaction times. The more users that adopt it, the slower it becomes.

On top of that, the closer Bitcoin gets to reaching its maximum coins, the harder it gets to mine, further decreasing transaction speeds.

The debate that led to Bitcoin Cash splitting from Bitcoin was in regards to SegWit2x (Segregated Witness) and the lightning network.

Those that would later form Bitcoin Cash believed that Bitcoin wasn’t really Bitcoin anymore and had changed far too much.

Instead, they pointed to Satoshi Nakamoto’s writings, particularly his many mentions that Bitcoin could actually have larger blocks which would increase transaction times.

Bitcoin Cash developers then decided to fork Bitcoin and implement the original changes suggested by Nakamoto.

Today, Bitcoin Cash has blocks that are eight times bigger than Bitcoin’s. This means that they can facilitate eight times as many transactions in one go, which speeds up transaction times.

In 2018, Bitcoin was only able to manage seven transactions per second, while Bitcoin Cash was able to manage 61, which is a significant improvement.

One of the primary issues of Bitcoin Cash is that critics say it is less secure than Bitcoin because of the larger blocks.

All it would take is one malicious transaction within a block to cancel all the transactions within it. As Bitcoin Cash has larger blocks, this would affect more transactions.

Bigger blocks, it seems, may equal less security. The impact of such an incident may even split a blockchain into two.

And that very well could have happened with Bitcoin Cash.

In 2018, developer Cory Fields discovered a huge bug: if a toxic block was accepted into the blockchain, it would have created a complete consensus failure and split the blockchain into two.

Luckily though, the bug was fixed before it could be manipulated.

For Fields, it reaffirmed to him that there is still a threat of catastrophic bugs on the Bitcoin Cash blockchain.

It is also worth wondering if bigger blocks means more things can go wrong.

Most hacks have nothing to do with cryptocurrency itself 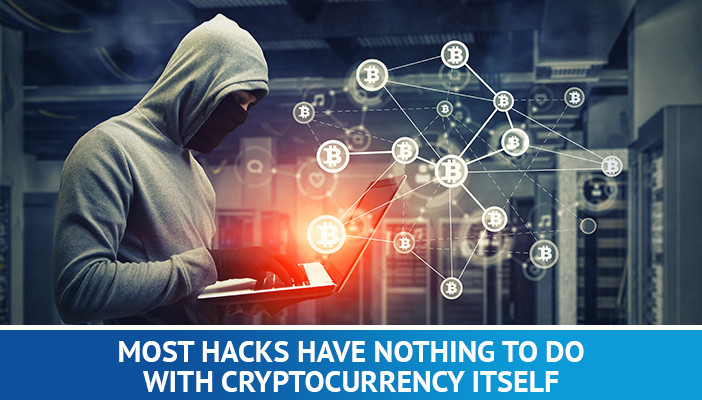 Of course, while people have had their Bitcoin hacked and stolen from them, Bitcoin, as a network, has never been hacked.

That's why it is also safer to trade cryptocurrency as a CFD instead of through an exchange.

However, that doesn’t mean that it will always be this way and security should never be overlooked as an important issue.

Developers need to decide which is more important: Speed or security

A decision should be made because if cryptocurrency enthusiasts do not agree on what to do, they will continue to splinter into smaller and smaller fractions.

Bitcoin SV is a split from Bitcoin Cash. They claim that Bitcoin Cash has changed too much, specifically mentioning changes such as adding smart contracts.

If groups continue to splitter off one another attempting to find better ways to deal with speed, security and other issues, it will devalue the prospect of cryptocurrency taking over as a viable alternative to fiat money.

There are already supposedly over 2,000 different cryptocurrencies attempting to outdo Bitcoin.

Without security, speed will not matter

If a network cannot safely function, then it will not matter how fast it is supposed to work. While speed may become an issue over time, one security flaw can bring the whole thing down.

There are those that argue that speed can bring security. If network speeds are not considered, overworked tools can result in vulnerabilities which can be attacked.

Both speed and security are important and in turn affect one another.

That said, speed is most important for usability and security for the whole network to function.

The argument seems to be, the more you invest in security, the less speed you get, but the more speed you have the less secure the network is. A healthy balance is what is required.

If you enjoyed reading this article from Trading Education, please give it a like and share it with anyone you think it may be of interest, too.