Bitcoin Cash is the 19th largest cryptocurrency by market cap and is perhaps the biggest rival to Bitcoin itself in terms of what it is trying to achieve.

But you may not know exactly what it is, or whether or not it is a worthwhile investment.

Trading Education is here to demystify this cryptocurrency and to equip you with all the details you need to make an informed decision about investing in Bitcoin Cash.

In this article, we’ll look at what Bitcoin Cash is, how it emerged and what potential it has for traders in 2019.

How was Bitcoin Cash created? 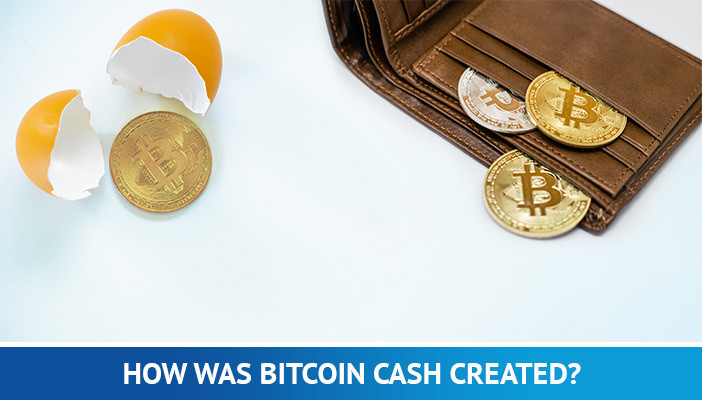 Bitcoin Cash (BCH) is not to be confused with Bitcoin (BTC). The two cryptocurrencies are linked, but they are not the same thing though they do have the same origins.

Bitcoin Cash developed when there was a disagreement among Bitcoin users as to how the currency should be handled during its rapid growth.

Specifically how it should scale to handle more transactions as more users started to adopt it.

As you probably know, Bitcoin is quite slow in comparison to Visa or PayPal, and the more popular it gets, theoretically, the slower it will become.

Today, Bitcoin can only handle 3 to 7 tps (transactions per second), which is minuscule in comparison to Visa’s 24,000 tps, or even PayPal’s 193 tps.

Though it should be mentioned that Visa’s average daily transactions are actually around 4,000 tps, which makes the competition a bit more level.

Among the Bitcoin community, there wasn’t a complete consensus over how to deal with this problem, especially after Satoshi Nakamoto disappeared and there was no one leader.

The community that would soon back Bitcoin Cash were largely against two things; SegWitx2 (Segregated Witness) and the lightning network.

SegWit planned to move some of the information required for transactions outside of the blockchain to free up space within blocks and fit in more transactions.

While the lightning network moves some transactions off the blockchain so they happen almost instantaneously.

They believed that Bitcoin was changing too much and was becoming virtually unrecognisable to Nakamoto’s vision.

At the time of the split and still today, Bitcoin has a block size of 1 MB.

1 MB causes a substantial delay in transaction times and limits the number of transactions the network can process.

In May 2017, one user complained that he was waiting up to four days for a transaction to be confirmed.

The Bitcoin Cash team believed that the block size should be increased from 1 MB to 8 MB - eight times larger. 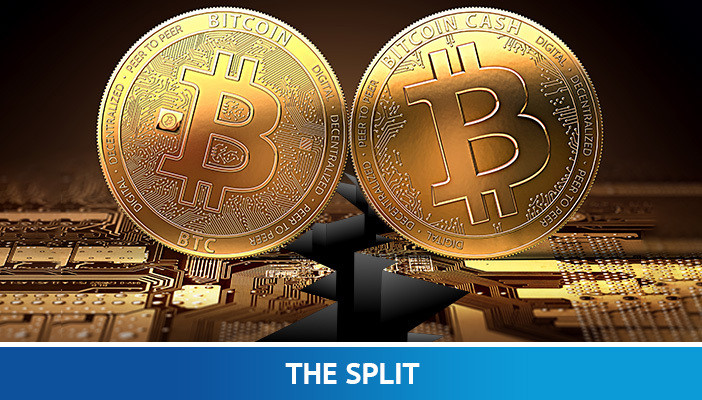 BCH is a ‘hard fork’ of the original Bitcoin blockchain, created on 1st August 2017 when the cryptocurrency was split in two.

Bitcoin itself continued under its fixed set of rules, while Bitcoin Cash developed its own distinct set of trading rules and acquired its own path of growth in the process.

While Bitcoin remains the largest of all the cryptocurrencies, Bitcoin Cash comes in at 19th place.

It falls short of Litecoin, Ripple, Ethereum and Tether based on its market cap.

Many critics of Bitcoin Cash say that by increasing the block size, Bitcoin Cash is less secure than Bitcoin. That said, no major attack has taken place yet.

However, in 2018, developer Cory Fields discovered a huge bug; if a toxic block was accepted into the blockchain, it would have created a complete consensus failure and split the blockchain into two.

Another crucial thing to point out when a hard fork takes place, the original and new blockchain have an identical history up until that point.

Once the split has taken place, everyone who held Bitcoin would receive the same amount of Bitcoin Cash.

For some, it has highlighted the possibility that double spending may be able to take place on the Bitcoin Cash blockchain. 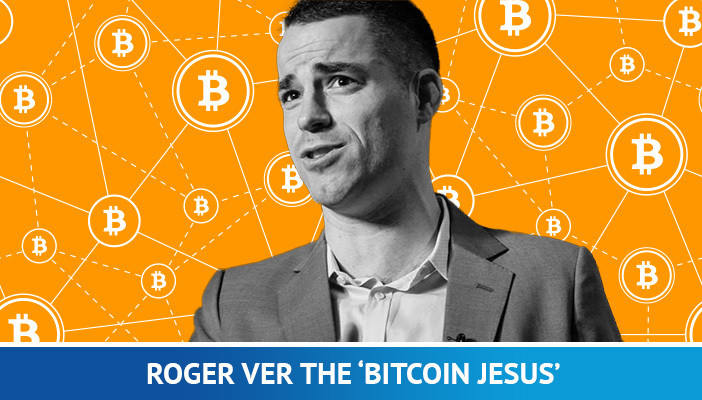 Roger Ver, nicknamed ‘Bitcoin Jesus’, one of the most vocal and well-known Bitcoin advocates converted his support from Bitcoin to Bitcoin Cash.

He believes that not only Bitcoin Cash is faster, but also cheaper than Bitcoin.

Indeed, a test that took place on December 2017 found that Bitcoin Cash was 99% cheaper than Bitcoin.

It should be noted though that Ver is still heavily involved in Bitcoin as well. Up until August 2019, Ver was the CEO of Bitcoin.com, an exchange for both Bitcoin and Bitcoin Cash.

Today, Ver is the Executive Chairman.

Belonging to a platform that is involved in exchanging both Bitcoin and Bitcoin Cash, may suggest that he isn’t completely out of the Bitcoin camp yet.

Bitcoin SV is a splinter of Bitcoin Cash

In 2018 a group decided that Bitcoin Cash had changed too much since its hard fork from Bitcoin and that it was now moving far away from what Nakamoto supposedly envisioned. The ‘SV’ part stands for Santoshi version.

This was largely down to the team behind Bitcoin Cash deciding to implement things like smart contracts.

The split concerned many in the cryptocurrency community. It looked like a situation may be emerging where every time there was a disagreement in how a cryptocurrency was developed, a group would split off.

And if this continues to happen, there will just be more and more cryptocurrencies which will make it harder for the wider world to take it seriously.

It should also be mentioned that there are several other hard forks of Bitcoin as well, such as Bitcoin Gold, Bitcoin Diamond, Bitcoin XT, Bitcoin Classic, and Bitcoin Unlimited.

And those are just the ones that borrowed the Bitcoin moniker. Bitcoin Cash is still the most popular fork of the Bitcoin network.

Should you invest in Bitcoin Cash? 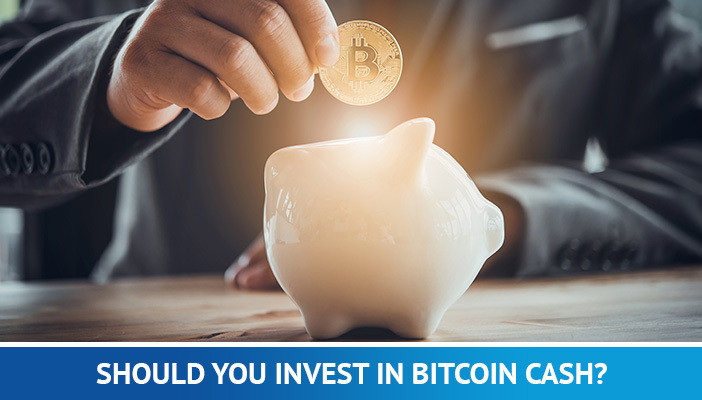 Many investors remain wary of Bitcoin Cash, and it is generally viewed as one of the more unstable cryptocurrencies on offer, at least when it first started trading.

It has a higher block size, facilitating faster transactions and verifications, but it is seen as less secure for this reason.

Some see Bitcoin Cash as undermining the original Bitcoin blockchain, and that it has little investment potential due to other, stronger cryptocurrencies cannibalising the current market.

However, others see Bitcoin Cash as a solid investment thanks to its steady growth.

While it may not be the ideal long-term asset to hold due to the chance it will undergo a rapid decline in value, it also holds the potential to grow quickly if demand for the currency picks up.

BCH investors face a significant gamble, but there is a chance of a large payoff, and for this reason, it might just attract some serious investors during 2019.

However, if you believe that a larger block size will fix Bitcoin’s scaling problems, then Bitcoin Cash may be the right investment for you.

Traders should bear in mind that Bitcoin Cash, like Bitcoin, will likely to continue changing even though their split was because they didn’t want to change.

As time goes on, it is highly likely that they will become more and more different from each other.

Another thing to consider though is if 61 tps is worth jumping ship from Bitcoin to Bitcoin Cash.

Whichever cryptocurrency you think is better, they still both cannot compare to the might of Visa or PayPal, and other cryptocurrencies with greater tps.

How has Bitcoin cash performed?

When Bitcoin Cash started trading, one coin was worth approximately $555 and had a market cap of $0.

Things changed quickly and after a period of volatility, Bitcoin Cash reached a market cap of $69 billion and a price per coin of approximately $4,000 in December 2017.

At the end of its first day, Bitcoin Cash became the 3rd largest cryptocurrency after Bitcoin and Ethereum.

Since then, Bitcoin Cash has failed to reach such highs and has become a lot more stable.

Learn to trade Bitcoin Cash with our cryptocurrency course