Stanley Druckenmiller was born in Pittsburgh in the 1950s and became one of the most successful traders in history. He founded the fund Duquesne Capital at 28 and delivered some of the highest annual returns ever recorded until the fund's closure in 2010. The fund opened in 1981 with a million dollars and closed with over $12 billion in assets. Across that time, Druckenmiller typically achieved annual rates of ROI greater than 30% per annum.

In 1992, George Soros famously broke the Bank of England by shorting the pound, forcing the UK to leave the EER and making a $1 billion profit in the process. Druckenmiller was the man behind the trade, the man that spotted that the Bank of England had a foreign currency reserves dearth and not enough to support the pound, making it impossible to raise interest rates without inviting major problems. Druckenmiller spotted this and the rest is history. 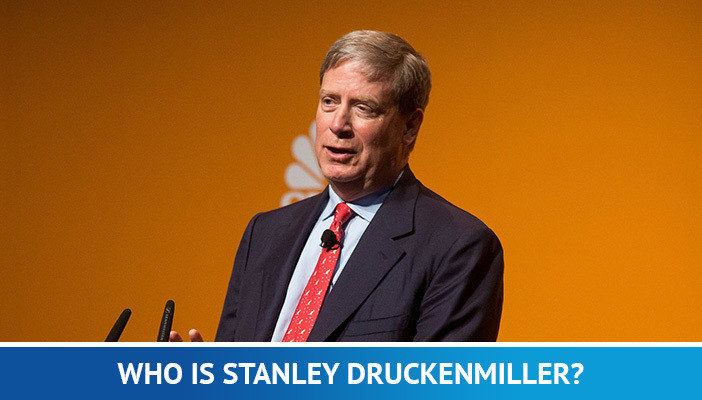 Druckenmiller has a multitude of insights, words of wisdom and strategies that any aspiring trader or experienced old hand would benefit from, one of which is to stay aggressive even when trading successfully. Many fund managers lock in profits if they are doing well early on. Druckenmiller believes that having won the right to trade aggressively, you should continue to the prize.

Early in his career, Druckenmiller created a report on the banking industry that he was very pleased with. His boss, however, looked at it and said it wasn't worth the paper it was written on. Although it was a cornucopia of enthralling data, it didn't answer the fundamental question of why stock prices went up and down.

Druckenmiller ripped it up, started again and focused on isolating all the factors with a high correlation to price movements. He never looked back, yet he claims that many analysts still miss this core analysis.

Druckenmiller emphasises the importance of optimising your successes. It is not only about how often you succeed or fail; it's about measuring these successes and failures. If you have faith in a trade, be aggressive but be warned against using too much leverage. He says that even a great trade can lose a lot of money if it's over-leveraged.

Finally, be cautious when using valuation as the determinant for your market entry. Druckenmiller believes that the two most significant factors are liquidity and technical analysis. Valuation may guide you as to how far the market may move, but liquidity is the key catalyst for market movements and comprehensive technical analysis is the best guide for detecting liquidity.

Druckenmiller credits his approach to his friend and mentor George Soros, who said that "the way to build long-term returns is through preservation of capital". Soros is connected to another of the investment greats, Warren Buffet who famously said Rule No.1: Never lose money; Rule No.2: Don't forget rule No.1.

Druckenmiller built his reputation on knowing to bet big when the right opportunity presented itself and is similar to legendary traders like Soros, Buffet and Bruce Kovner in this respect. Obviously, Druckenmiller was excellent at money management, but he was and still is always ready to learn and pass on his own wisdom. Thanks to George Soros who taught him the value of hitting home runs. When you have a conviction on a trade and you have been doing well, hit the trade hard and keep running until you are home and dry.

People also read: Meet 5 of the Richest Traders in the World

'It takes courage to be a pig', Druckenmiller once said, a reference to Jerome, the yellow porcelain pig on his desk, as knowing when to be a pig and greedily gorge on trade is what makes him one of the great currency traders. After retiring with an estimated $3 billion, however, he is a very active social contributor and gives generously back to the community, making him one of America's great philanthropists. Nothing porcine about that at all.

Druckenmiller had a justified belief in his own ability and the courage to carry it through. He is lionised by a multitude of traders and is now an icon to those that want to give back to a world that has been so generous to them.

Forex trading
Success
Top Brokers in
All Regulated Brokers
67% of retail clients lose money when trading CFDs with this provider.