What Is The Main Difference Between Bull And Bear Markets?

In the finance world, the words "bull" and "bear" are frequently used to describe financial situations. These expressions define how the market is performing, i.e. whether it is starting to appreciate or dropping in value.

As an investor, the market's direction is an important factor that influences your spending. As a result, it's essential to understand how well these market dynamics may affect your investment opportunities, especially in the highly unstable cryptocurrency world. 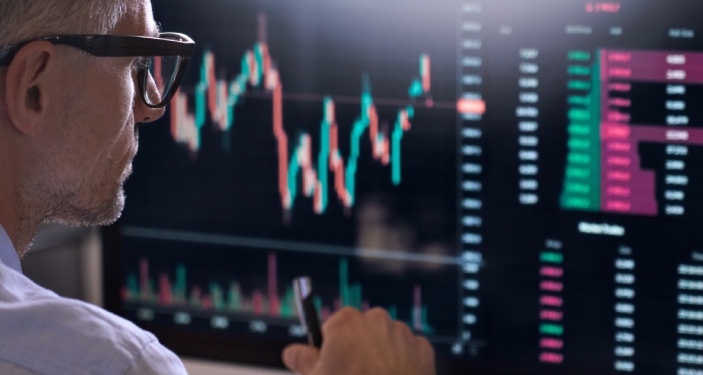 A bull market is the state of a financial sector in which prices are going up or are about to soar. The phrase "bull market" is commonly utilised, but it does not only refer to the stock market. The term can also refer to any tradable asset, such as securities, property investment, Forex, and goods.

In overview, a bull market is an upsurge characterised by significant price increases over a relatively short time. Bull markets typically occur when the financial system is in an upswing or is already powerful. They usually occur in conjunction with a solid gross domestic product (GDP) growth and a decline in joblessness, and they frequently occur simultaneously with an increase in company earnings.

During a bull market, investor interest tends to rise as well. The overall demand for stocks, as well as the general tone of the industry, will be optimistic. Furthermore, during bull markets, there'll be an overall rise in the quantity of Initial public offering action.

Getting To Know About Bear Market

A bear market occurs when a market's price goes down for a longer length of time. This is not restricted to the cryptocurrency world but also to established markets, as was the case with the bull market. It typically refers to a situation in which investment prices have fallen 20% or more from the latest spikes amid mounting pessimism and negative investor sentiment.

Cryptocurrencies are smaller in market cap and thus more dynamic than existing markets. Greater and longer-lasting virtual currencies bear markets are prevalent, with price falls of up to 85% not uncommon.

A bear market occurs when speculators are now more anti-risk than pro-risk, and it can last for months, years or even decades as venture capitalists avert speculative investments in favour of safer choices.

The names' origins are still unknown, although there have been compelling statements. A few believe that the concepts "bear" (for critical markets) and "bull" (for favourable markets) derive from how each animal strikes its foes. A bull will push its horns through the air, whereas a bear will tap down.

These actions were then figuratively linked to market fluctuations. It would be a bull market if the price was getting higher. It was a bear market if that was falling.

Other people cite Shakespeare's plays, such as Macbeth, in which the tragic protagonist says his opponents have chained him to risk, but "bear-like, I must fight the course." In the meantime, the bull is a ferocious virtuous creature in Much Ado About Nothing.

Knowing what a bullish or bearish market is doesn’t mean you will succeed 100% of the time. As the Bitcoin Up trading app points out, “trading carries significant financial and emotional risks.” Much of this refers to the difficulty of estimating when a market trend will switch from bullish to bearish, or vice versa. Even seasoned investors might struggle with this sometimes. It’s doubly true for the crypto market than it is for stocks and futures, because cryptocurrencies are that much more volatile.

In a bull market, it is wise to take advantage of growing price levels by purchasing shares sooner and selling them once they have reached their peak. Throughout a bull market, any failures should be minor in nature, as venture capitalists can spontaneously engage in more capital appreciation with a better likelihood of profit.

Nevertheless, in a bear market, the potential loss is high because the market is continuously falling without signs of stopping. As a result, there is a greater chance that an investor might lose money before the price recovers. Consequently, it is also prudent to invest in marketable securities, for whom the success is only marginally affected by changes in the marketplace.

Respectively, bear and bull markets have a significant impact on an investment's shares, so it's important to give attention to market dynamics prior to actually deciding whether to invest.

How To Invest During Inflation

How To Invest In Commodities

Best Pairs To Trade In Forex

10 Ways To Make Money With Cryptocurrency

How To Invest In Index Funds With A Regulated Broker

Analysis Of Candlestick Patterns In Trading

Why Should Traders Read Analysis Reports?