10 Cryptocurrency Startup Companies You Should Be Watching

Mt. Gox was the first major Bitcoin exchange that ever existed and was immensely popular while it was online.

For a long time, it dominated the cryptocurrency market and was the only truly credible place people could go to get their hands on Bitcoin.

Sadly though, as you may already know, Mt. Gox crashed and burned, and by 2015 was bankrupt and lost many people a lot of money in the process.

By understanding what happened at Mt. Gox, crypto traders can be more careful with their capital and take precautions to ensure they don’t get ‘goxed’.

In this article we’ll look at the rise and fall of Mt. Gox and the lessons crypto traders can take from its collapse.

How did Mt. Gox start? 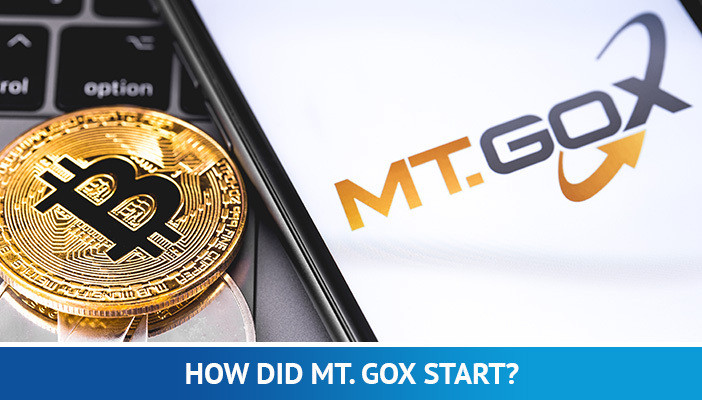 Mt. Gox was created by Jed McCaleb (who also founded Ripple and Stellar) in 2011 out of frustration at how hard it was to get his hands on Bitcoin.

Its name is based on the trading card game Magic the Gathering and stands for ‘Magic The Gathering Online Exchange’ and was originally a site to buy and sell cards.

2011, Mt. Gox became the first credible site to convert US dollars into Bitcoins. There was no real alternative at the time, it supposedly had up to 98% of the world’s market share of Bitcoin.

The company grew tremendously fast. As Bitcoin became more popular, Mt. Gox went from 3,000 to 60,000 clients in a matter of weeks.

By this point, however, McCaleb had already sold most of the company to Mark Karpelès, a Frenchman living in Japan.

This is where the trouble started to begin.

Without Mt. Gox, Silk Road may not have risen to become what it became.

Many users of Mt. Gox were using it to buy Bitcoin which they would then use on Silk Road to buy illegal drugs.

A third to a half of all transactions on Mt. Gox were linked to Silk Road. It is possible that Mt. Gox knew about this and were perhaps indirectly profiting from it.

Silk Road’s success brought more eyes towards Mt. Gox and would soon become a big issue for them.

Who is Mark Karpelès? 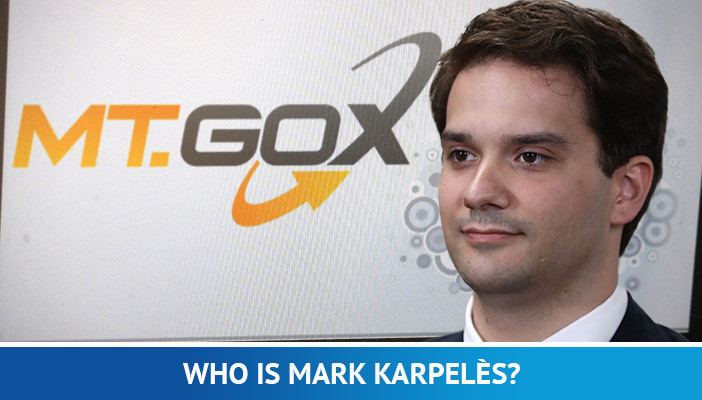 He oversaw the huge success of Mt. Gox as well as its disastrous downfall, which many people blame him for.

Two years into his run as the owner of Mt. Gox, the company had over 1 million users and the company grew at a rapid pace.

Karpelès was an unusual guy and loved to spend his money from Mt. Gox.

However, he wasn’t very professional in how he handled Mt. Gox and his poor leadership led to the collapse of the company. He had no experience in running such a large company.

Karpelès supposedly felt that because Bitcoin wasn’t a ‘real’ currency, that none of the rules applied and so he could do as he pleased.

Mt. Gox was extremely unorganised. There was no CTO and no COO.

People called it the ‘widest and shortest pyramid’ structure of a company; there was Karpelès at the top and then everyone else at the bottom.

The office was very dramatic because of the lack of order which also may have contributed to the company’s downfall.

The first major move against Mt. Gox came when the US government implemented laws on how Bitcoin could be sold. This led the US seizing $5 million from Mt. Gox’s accounts.

To get their money back, the US government wanted information on Silk Road.

US government interest in the company the Japanese government started to get concerned and started to impose strict regulations on Mt. Gox.

One of the key things Japanese regulators did was only allow people to buy Bitcoin through Mt. Gox with Japanese yen.

This was a huge blow to Mt. Gox because upwards of 90% of the site’s users were not Japanese.

This led Mt. Gox having to take up increasingly risky behaviour, such as handling physical cash from banks received from wired transfers.

Often this would be in the millions. This also slowed down the withdrawal process tremendously.

But this was all nothing in comparison to what was going to happen next.

Because of the way Karpelès ran the company, there was no way to tell know successful Mt. Gox was or how large its expenses were or where the money was going.

Mark Karpelès was the only person with access to the accounts, and he refused to share that information with anyone else.

Then one day users of Mt. Gox started having trouble withdrawing their Bitcoin or fiat. Some people were waiting for days for withdrawals.

Soon after that, Mt. Gox filed for bankruptcy and the exchange shut down.

The price of Bitcoin plummeted after Mt. Gox shut down and gave Bitcoin a negative image.

To the outside world, it looked like Bitcoin was nothing more than an extremely risky tool for financial speculation or even a scam.

It also happened roughly the same time as Silk Road’s closure as well, further damaging public perception. However, Bitcoin did recover from all this and is still going strong.

According to investigators, it appears that the Bitcoins were stolen in chunks over time.

It is not known how this was done, but it was done over the course of years without anyone noticing.

What is known is that Mt. Gox had a ‘hot wallet’ and a ‘cold wallet’.

Karpelès should have been paying closer attention to this, or at least let accounting professionals take control.

The losses seem to go back to before Karpelès controlled Mt. Gox.

Supposedly 80,000 Bitcoins were already missing, which may place some of the blame on Jed McCaleb.

When Karpelès took control of the company, Bitcoin was still relatively cheap, and it wasn’t a huge loss and could be hopefully recovered.

However, the loss only seemed to grow and grow, and the price of Bitcoin started to skyrocket.

Some suggest that McCaleb used Karpelès as a ‘fall guy’, someone to take the blame when Mt. Gox collapsed.

It’s hard for people to track where all the money went because Mt. Gox used many addresses and with each transaction, different Bitcoins are being used.

Mt. Gox managed to get back 200,000 of the missing Bitcoins. How exactly this was done, no one knows.

If the hackers are caught, it will likely be down to how they used the Bitcoins they stole.

It is highly likely that the main reason Karpelès didn’t allow others to access the companies accounts is that he wanted to hide the fact that the company was haemorrhaging Bitcoin.

Some accuse Karpelès of theft

Many speculate that Karpelès was a thief and stole the missing Bitcoins.

On social media, it didn't appear that he was looking very hard to find them and people criticised his efforts.

Mark was eventually arrested in 2015 for allegedly falsifying financial records. Supposedly faking profits of $1 million in 2013.

Karpelès denies stealing the Bitcoin or the loss was the fault of the Willy Bot.

Willy Bot was created to recover the missing 80,000 Bitcoins that Karpelès had when he first received control of the company.

This was a bot that bought Bitcoin every 5 to 10 minutes with no financial backing.

However, supposedly Willy Bot made a loss of over $64 million, further worsening the company’s financial troubles.

Eventually, Karpelès was accused of embezzlement on the grounds that the profits were not able to cover the losses and spending.

There was a concern that the case would not be investigated properly because there were not enough people with expertise. Even today, this is likely still the case.

Even if all the stolen Bitcoins are recovered, Karpelès may still have to be prosecuted for something related to how he recklessly managed Mt. Gox.

Will such a hack ever happen again?

Sadly, there is still a possibility of such hacks happening again.

The truth is most exchanges are not designed to store cryptocurrency securely.

As they are centralised, they are easy for hackers to attack. They are only supposed to be a medium of exchange.

Mt. Gox wasn’t meant to store people’s money or Bitcoin at all. Most people didn’t realise this and would leave large sums of their deposits in Mt. Gox which were at risk of being hacked.

Due to its success, Mt. Gox became a huge target.

Today, exchanges are getting better and more secure. But there is still the threat of getting ‘goxed’.

In the early days when many Bitcoin enterprises were starting up, many of the individuals involved were very naive and had little experience running such businesses.

In 2019, many of the top exchanges are handled by professionals with experience running similar companies.

If anything, Mt. Gox stands as a solid reminder to never leave your cryptocurrency on a cryptocurrency exchange, always withdraw it and put it in a wallet.

Or, if you don’t trust an exchange, trade cryptocurrency as a CFD or other market instruments, such as futures or ETFs.

While people liked that Bitcoin wasn’t controlled by any government, they quickly realised the negative side of that when there was no government backing that could save them when Mt. Gox collapsed.

Regulation is slowly catching up with cryptocurrency, but it will likely take a few more years, maybe even decades, until it is at the level where most people will feel comfortable and safe.

As of 2019, people are still hoping to get their Bitcoins from Mt. Gox.