Bitcoin Price Chart Indicates BTC Could Push Back Above $48,000

The Bitcoin price started the previous week on a fairly positive note, rising by over 2% and settling at $50,539. On Tuesday, BTC continued to push up, registering a marginal increase, but fell back on Wednesday, dropping by 0.18%. The price continued to drop on Thursday, falling by almost 6%, and dropping to $47,587, before another drop on Friday saw the price fall by 0.61% and settle at $47,298. 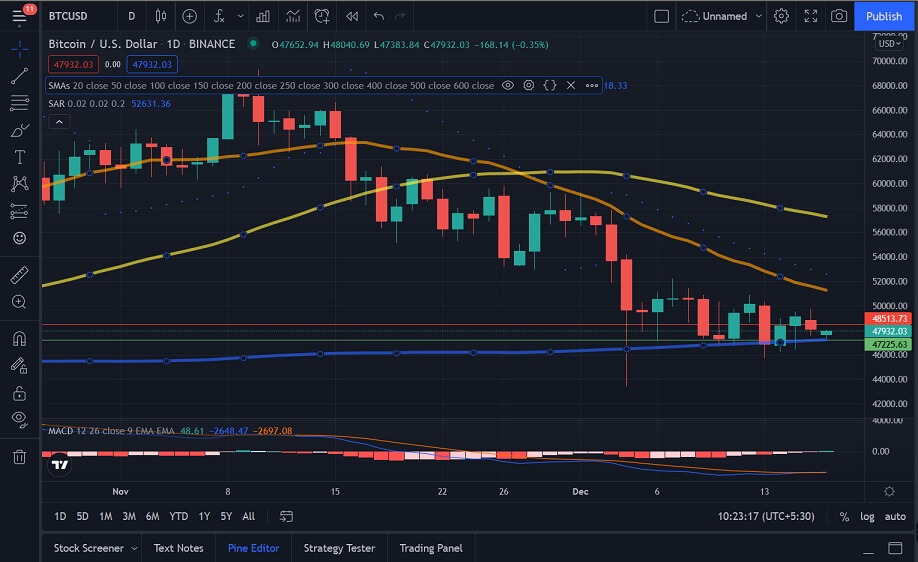 Looking at IntoTheBlock’s IOMAP for the Bitcoin price, we can see that BTC faces strong resistance at around $48,513. At this price level, over 2.2 million addresses have sold more than 1 million BTC. 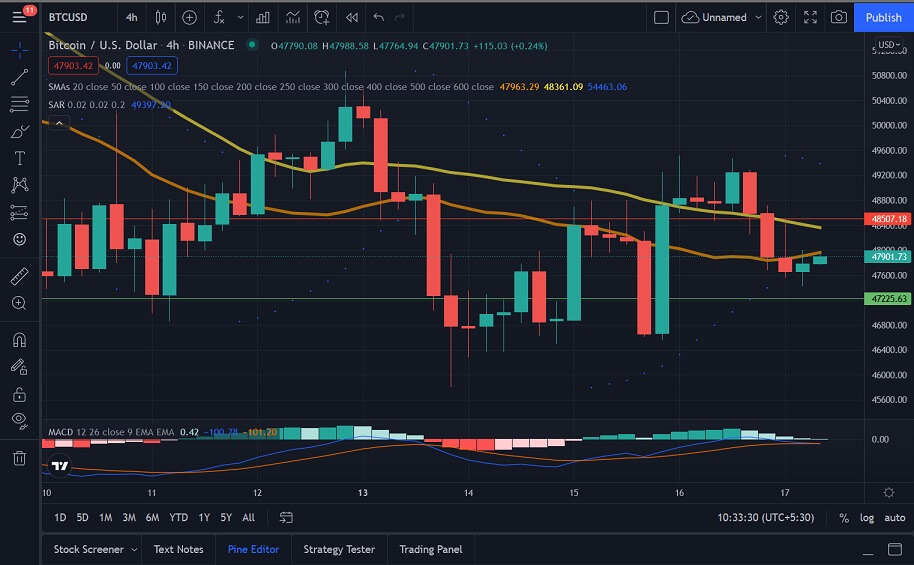 US Federal Reserve chair Jerome Powell recently hinted that though the government agency should consider monitoring developments in the crypto space, he didn’t see cryptocurrencies as a financial stability concern for US markets.

Addressing a question on crypto from Michael Derby of the Wall Street Journal, Powell supported the conclusions of a report from the President’s Working Group on Financial Markets released on November 1. The report proposed that stablecoin issuers should be subject to “appropriate federal oversight” akin to banks. It added that the legislation was “urgently needed” to address risks.

“Stablecoins can certainly be a useful, efficient consumer-serving part of the financial system if they’re properly regulated. Right now, they aren’t. They have the potential to scale, particularly if they were to be associated with one of the very large tech networks that exist.”

“You could have a payment network that was immediately systemically important that didn’t have appropriate regulation and protections. The public relies on the government and the Fed in particular to make sure that the payment system is safe and reliable.”

Powell seemed to be backing the Biden administration’s most recent position on digital assets in advance of his Senate confirmation hearing to be the next Fed chair. Having served on the Fed’s board of governors since 2012 and as chair since 2018, Powell is the US President’s pick to work the same role until 2026.

Blockchain analytics unit Chainalysis now has Bitcoin’s Lightning Network under surveillance. The firm recently said that the new capability would assist customers’ security and compliance needs. Chainalysis will add Lightning tracking to its “Know-Your-Transaction” (KYT) offering by next quarter. KYT already monitors activity on Bitcoin and Ethereum, including illicit behaviors flagged by the US Office of Foreign Assets Control (OFAC).

Chainalysis cited Lightning’s growing popularity as motivation for expanding its surveillance suite. Currently, users hold over 3,400 BTC ($162 million) within the Lightning Network. This amount represents a significant increase over Lightning’s 468 BTC ($22.3 million) one year ago.

Chainalysis frequently works with US government agencies during investigations and regulatory enforcement actions related to cryptocurrencies and blockchain. The company has earned at least $10 million from government contracts.

Its first contract was a $9,000 data analysis deal with the Federal Bureau of Investigation (FBI) in 2015. Chainalysis has also done work for US agencies like the Commodities Futures and Trade Commission (CFTC), Drug Enforcement Agency (DEA), Internal Revenue Service (IRS), Securities and Exchange Commission (SEC), etc.

Lightning is Bitcoin’s most popular way for users to reduce fees and increase throughput on the blockchain’s base layer. This “layer 2” scaling solution uses Bitcoin smart contracts to link users via payment channels. Once users have concluded their Lightning activities, they exit the network and settle with finality onto Bitcoin’s blockchain by closing their payment channel.

Looking at the Bitcoin price chart, we can see that BTC has posted a recovery during the ongoing session. If the current sentiment persists, we could see BTC push to $48,000.