The Bitcoin price has been quite bearish during the current week but has registered a marginal increase during the ongoing session, as buyers look to push BTC above $42,000. BTC had started the week on a fairly bearish note, dropping by almost 2% on Monday. On Tuesday, the price continued to push higher, registering a marginal increase, but fell back in the red on Wednesday, dropping by 1.62% and settling at $41,717 before recovering.

The Bitcoin price had registered a marginal drop on Monday (0th), getting off to a slightly bearish start to the previous week. However, BTC recovered on Tuesday, rising by 2.31% and moving to $42,792. Wednesday saw BTC continue to push higher, rising over 2% to $43,722, before dropping back on Thursday, falling by 2.59% and settling at $42,591. The price remained in the red on Friday, registering a marginal drop, falling to $41,822. 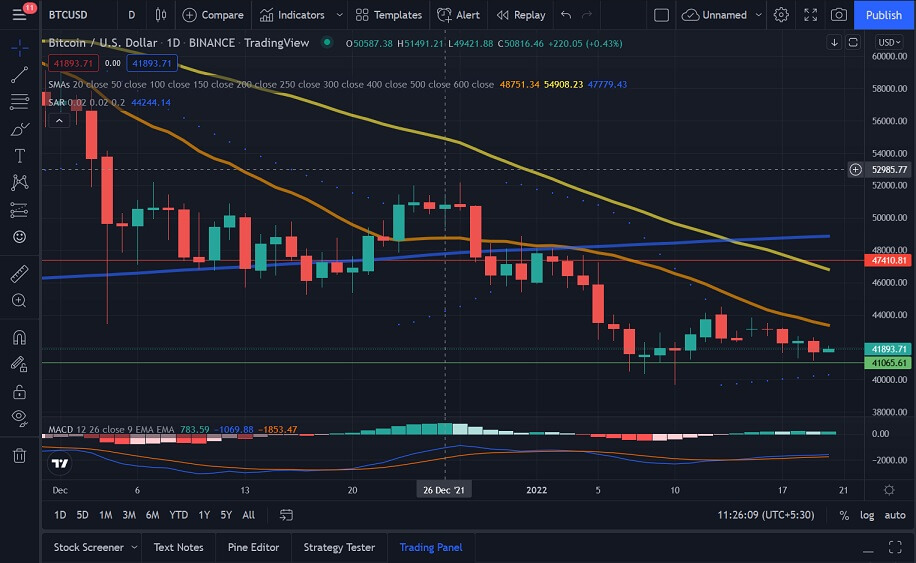 Looking at IntoTheBlock’s IOMAP for the Bitcoin price, we can see that BTC faces strong resistance at around $47,685. At this price level, over 1.9 million addresses have sold more than 851,000 BTC.

The MACD has just flipped to bullish, indicating that we could see the price recover. 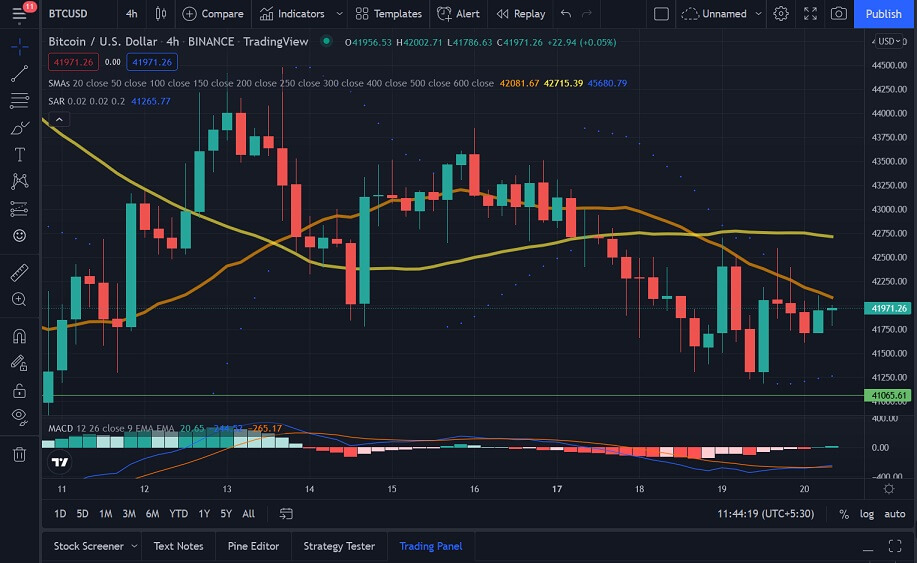 Semiconductor manufacturing behemoth Intel is slated to debut an energy-efficient Bitcoin ASIC called “Bonanza Mine” at the International Solid-State Circuits (ISSC) conference. Details about the $223 billion company’s upcoming foray into Bitcoin mining are scant. It is unclear whether Intel will present a viable product or unveil a prototype chip.

The presentation of the ASIC will take place on Feb. 23. Intel has been working on its entry into the Bitcoin market for quite a while. In 2018, the US Patent and Trademark Office awarded the chip giant a patent for efficiently mining cryptocurrencies that use the SHA-256 algorithm.

Per previous reports, Intel disclosed a small stake in leading cryptocurrency exchange Coinbase last August. In October, the company confirmed that it would not nerf Arc Alchemist GPUs to shoo away cryptocurrency miners, refusing to follow Nvidia’s suit.

Intel executive Raja Koduri said that GPUs were supposed to be used for gaming, not for mining in a December interview. He also teased the company’s new mining product:

"But being able to do much more efficient blockchain validation at a much lower cost, much lower power, is a pretty solvable problem. And you know, we are working on that, and at some point in time, hopefully not too far into the future, we will kinda share some interesting hardware for that."

Intel will have to face tough competition from Bitmain and MicroBT, the largest manufacturers of Bitcoin mining hardware. Bitcoin’s hashrate, the total computing power of the network, recently hit a new all-time high of 216 EH/s, according to data provided by Blockchain.com.

The Bitcoin price chart indicates that BTC has recovered during the current session. If the current sentiment persists, BTC could cross $42,000, moving towards $42,500.