The Bitcoin price surged past $68,000 as it set a new all-time high of $68,684 before falling marginally. BTC has been extremely bullish since the weekend, as the price picked up on Saturday, rising by 0.70% on Saturday. The price continued to push up on Sunday, as it rose to $62,731, before rising by 5.52% on Monday to start the week on a positive note. BTC settled at $66,196 on Monday before pushing past $68,000 during the current session. 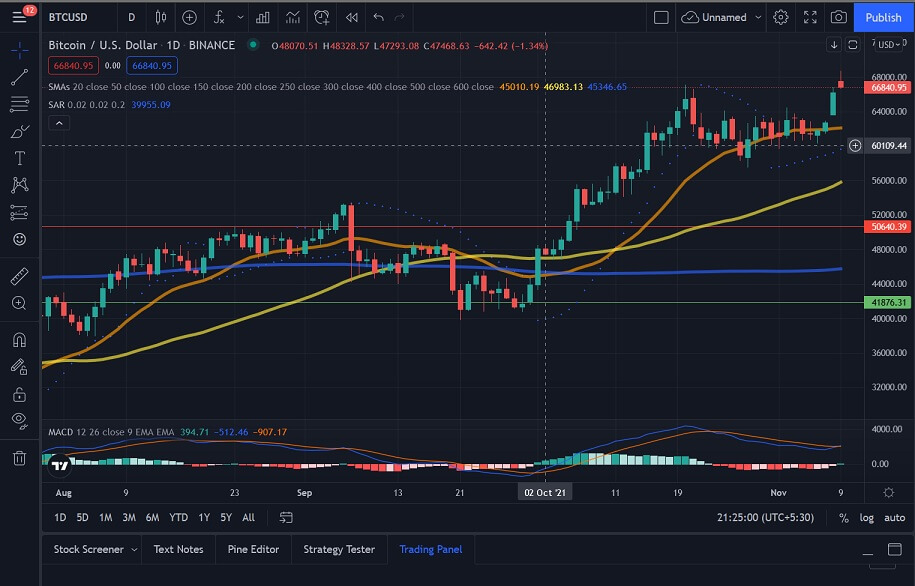 After slipping below the 20-day SMA on Thursday, the Bitcoin price dropped marginally on Friday, dropping by 0.12%, before recovering over the weekend and rising by 0.70% on Saturday. BTC pushed further on Sunday, moving above the 20-day SMA and settling at $62,731. The week started with BTC still bullish, as it rose by 5.52%, pushing up to $66,196, before surging past $68,000 and setting a new all-time high of $68,684 during the current session. We can see that the Parabolic SAR and MACD are currently bullish. However, if the price drops, then we could see them flip to bearish.

Looking at IntoTheBlock’s IOMAP for the Bitcoin price, we can see that BTC has strong support at around $61,690. At this price level, nearly 2 million addresses have bought more than 900,000 BTC. 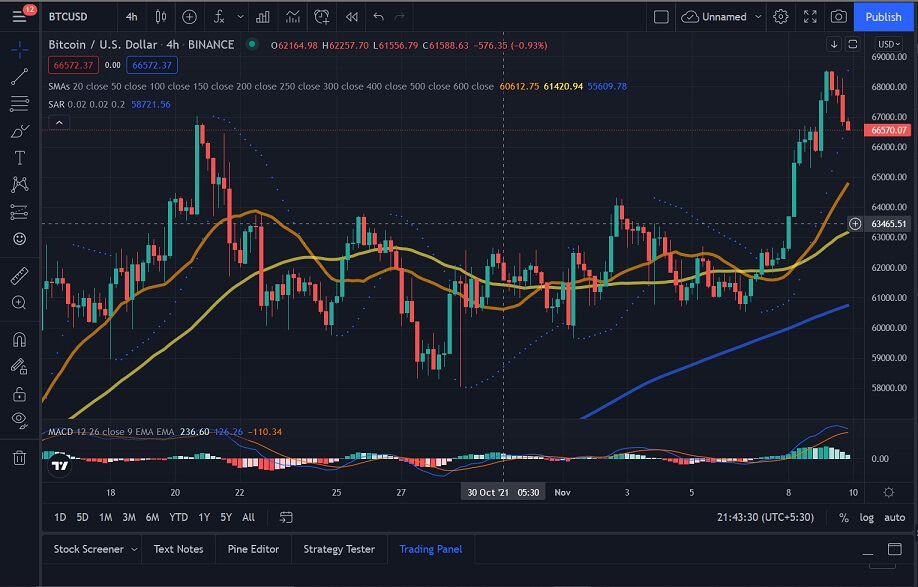 Cryptocurrency lending firm BlockFi has filed paperwork with the US  Securities and Exchange Commission (SEC) to launch a physically-backed Bitcoin exchange-traded fund.

The company recently completed the Form S-1 filing for BlockFi NB Bitcoin ETF. The filing states that BlockFi will serve as custodian and that the ETF’s investment objective is to reflect the underlying performance of Bitcoin as opposed to any futures or derivatives benchmark.

The filing further states that the “Trust will not purchase or sell bitcoin directly, although the Trust may direct the Custodian to sell bitcoin to pay certain expenses.”

The news caused speculation that the SEC may be nearing its first physical Bitcoin ETF approval. As Bloomberg’s James Seyffart noted, the SEC’s decision on the highly anticipated VanEck spot Bitcoin ETF is due this coming Sunday. “It will be either approval or denial from SEC,” he said, which means “no more delays.

Last month, the US securities regulator approved ProShares Bitcoin Strategy ETF, the country’s first BTC exchange-traded fund. However, the approval came with a caveat - the fund’s price is linked to BTC futures, not the spot price.

Shortly after approving the ProShares fund, the SEC gave the green light to Valkyrie’s Bitcoin Strategy ETF, another futures-based product.

Looking at the Bitcoin price chart, we can see that BTC has been extremely bullish since the weekend, but with sellers in control of the current session, we could see BTC drop towards $66,000.