The Bitcoin price has registered a marginal recovery during the ongoing session, as buyers pushed the price back above $37,000. BTC had started the week on a fairly positive note, rising by 1.42% on Monday and rising to $38,482. Tuesday saw BTC continue to push higher, rising to $38,760 before dropping back on Wednesday, falling by nearly 5% and falling to $36,986 before recovering during the ongoing session.

Bitcoin Price Chart Indicates BTC Could Slip Back Below $37,000 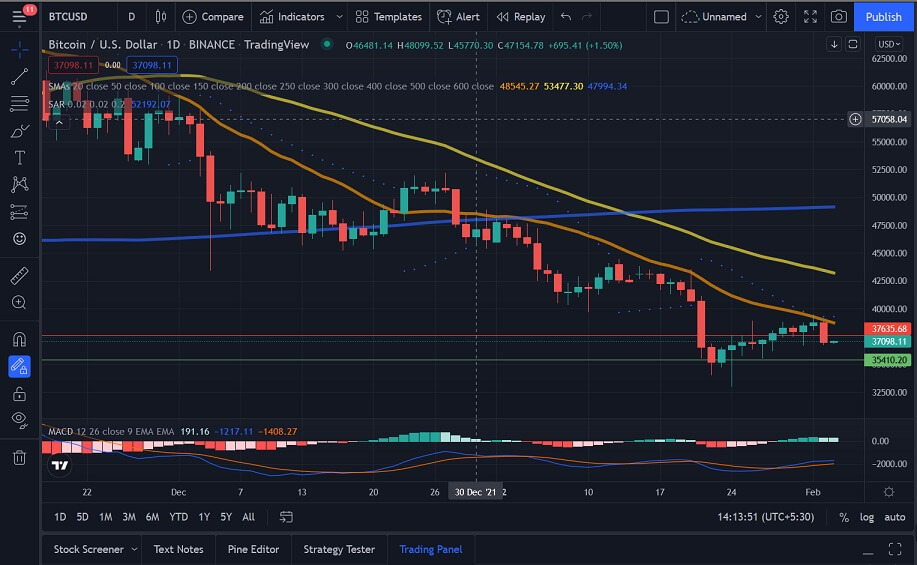 The Bitcoin price continued to push higher over the weekend, rising by 1.31% on Saturday and settling at $38,286. However, despite the bullish sentiment, the price fell back on Sunday, dropping by 0.89% and ending the weekend at $37,944. BTC made a fairly strong recovery on Monday, as it pushed up by 1.42% and moved to $38,482. Tuesday saw BTC move to $38,760, where the 20-day SMA was acting as resistance. As a result, the price fell back on Wednesday, dropping by nearly 5% and falling to $36,986 before recovering during the ongoing session.

Looking at IntoTheBlock’s IOMAP for the Bitcoin price, we can see that BTC faces strong resistance at around $37,625. At this price level, over 1.2 million addresses have sold more than 835,000 BTC.

We can see that the Parabolic SAR and MACD are both currently bearish, indicating that the price could drop further. 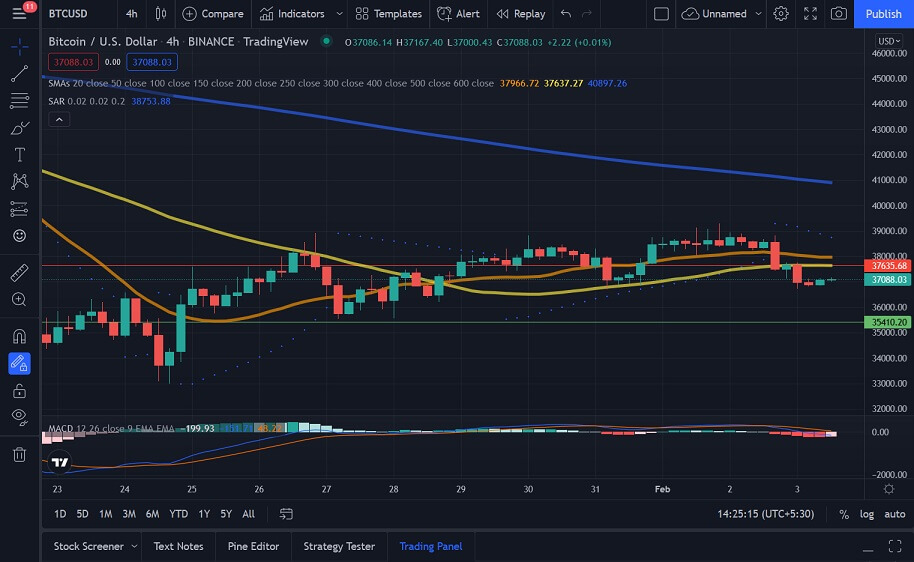 Sam Bankman-Fried’s FTX has acquired fintech firm Liquid Group and its subsidiaries, for an undisclosed sum, in a bid to navigate Japan’s crypto exchange laws. The acquisition will close in March 2022, following customary closing conditions, per a recent statement.

Liquid and FTX are expected to provide products and liquidity to retail and institutional investors within the Japanese and global markets.

As part of the deal, FTX said it absorbed Liquid Group subsidiary Quoine, a fintech company headquartered in Japan with offices in Singapore and Vietnam. Quoine operates the Liquid exchange, one of Asia’s largest crypto platforms by trade volume.

Last year, Quoine was granted a Type 1 Financial Instruments Business registration by the FSA. Type 1 gives intermediaries, including brokerages and exchanges a legal runway to offer securities and derivatives.

The move follows FTX’s $400 million Series C raise in January that fuels its plans to broaden its services and acquisitions into international markets by gaining additional licenses. Details on specific regions under consideration were scant.

FTX’s funding round was the exchange business’ third raise in six months.

Bloomberg reported earlier that Japan’s Virtual and Crypto Exchange Association, a self-regulatory body sanctioned by the FSA, is considering making it easier to list more than a dozen cryptos at a time without a lengthy review process.

Looking at the Bitcoin price chart, we can see that BTC has recovered during the ongoing session. If the current sentiment persists, we could see BTC push towards $37,500. However, if sellers manage to retake the session, BTC could slip below $37,000.