Bitcoin Price Prediction: BTC Back Above $40,000 After Friday Surge

The Bitcoin price is up marginally during the current session, as buyers look to push BTC above $42,000. BTC has been quite bullish since Thursday when it had registered an increase of 0.98%, moving to $37,350. On Friday, the price continued to push higher as BTC surged past the 20-day SMA and settled at $41,623. However, the price fell back on Saturday, registering a marginal drop before pushing back up during the current session.

The Bitcoin price was quite bullish heading into the previous weekend, rising by 1.60% on Friday. The price continued to push higher over the weekend, rising by 1.31% on Saturday before dropping back on Sunday and falling to $37,944. BTC was able to recover on Monday, rising by 1.42% and moving to $38,482, and then registering an increase of 0.72% on Tuesday and settling at $38,760, where the 20-day SMA was acting as resistance. 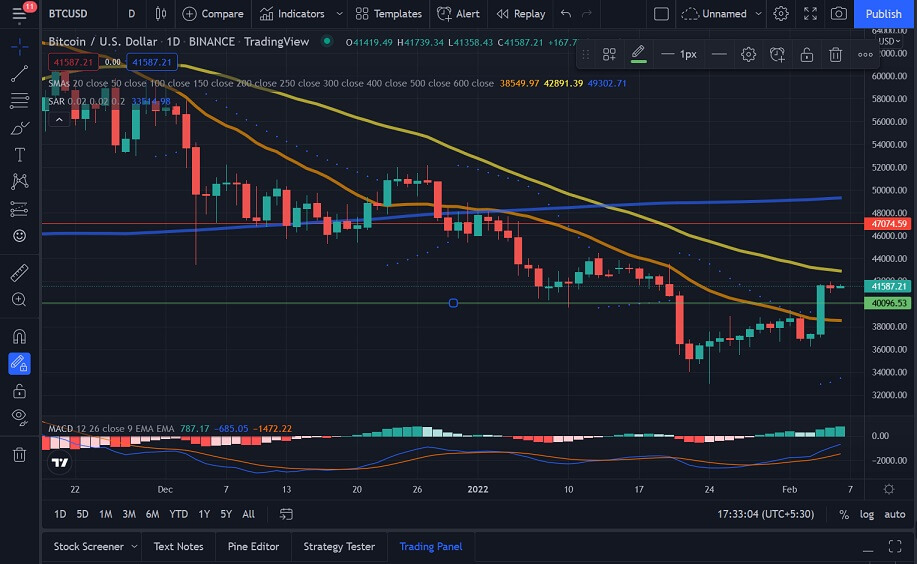 After pushing up to $38,760 on Tuesday, the Bitcoin price fell back on Wednesday, dropping by nearly 5% and falling to $36,986. However, the price recovered on Thursday, registering a marginal increase and moving to $37,350. Friday saw BTC register a strong increase, rising by over 11%, pushing past the 20-day SMA, and settling at $41,623. However, the price fell back over the weekend, registering a marginal drop on Saturday before recovering during the current session. 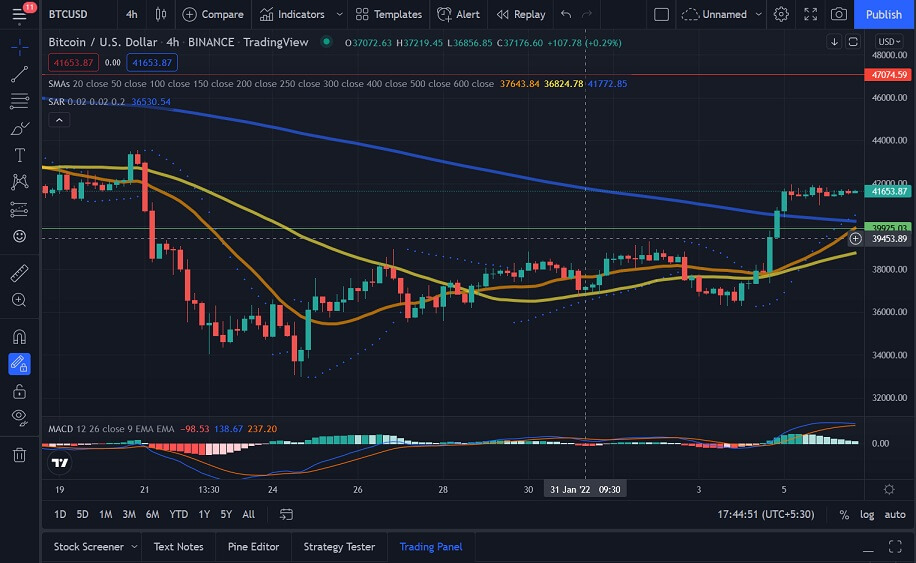 Alex Mashinsky, the CEO of Celsius Network, recently shared his latest thoughts on Bitcoin and Ethereum. Speaking in an interview with Kitco News, Mashinsky was asked about the recent Bitcoin price crash, which brought BTC to $33K, roughly half of its last all-time high price in November 2021.

Mashinsky argued that support for Bitcoin was strong in the $29,000 to $33,000 range and that the digital asset was bouncing off of that price point. He told Kitco there was a good chance $BTC would continue to retest its support before making another move up.

As reported by The Daily Hodl, he said:

"The question is, we may have to retest it again. So there’s a pretty good chance. The market usually likes to test support, and after that, we should see that increase."

Mashinsky predicted that Bitcoin would go up “at least 300%” from its current price point, bringing BTC to above $100K. He said his projection for Bitcoin’s end-of-year price was between $140,000 and $160,000, largely unchanged from what he predicted a year ago.

Mashinsky is also bullish on the outlook for Ethereum, saying that ETH will break its previous all-time price high before the end of 2022 or in early 2023. He said he expects the price to go to $6,000 – $7,000, pointing out the strong use cases, number of applications, and growing adoption of Ethereum.

Bitcoin For Truckers, The Campaign That Could Render GoFundme Irrelevant

Following the suspension of a GoFundMe fundraiser, collecting donations for Canadian truckers protesting against COVID-19 restrictions, a group of Canadians began raising funds with Bitcoin (BTC).

Before the suspension, more than $9 million in donations had been made to the campaign. However, the fundraising site included an “Under Review” disclaimer, which stated:

“This fundraiser is currently paused and under review to ensure it complies with our terms of service and applicable laws and regulations.”

Since then, GoFundMe has announced that they would not be distributing the remaining $9 million to the Freedom Convoy 2022 campaign as it has violated its terms, stating the “peaceful demonstration has become an occupation” now. GoFundMe added that all donors may submit a request for a full refund until February 19, 2022, with the remaining funds sent to “established charities verified by GoFundMe.”

As a result, a group of Canadians took it upon themselves to raise money for the truckers via alternate means, with the group opting to utilize Bitcoin. Since the Bitcoin network is decentralized, it is not controlled by a single entity. BTC can also be transmitted peer-to-peer between any sender and recipient with a Bitcoin address.

Using the Tallycoin crowdsourcing platform, the campaign can now receive all Bitcoins straight into wallets in which they retain ownership of the keys. Consequently, unlike GoFundMe, Tallycoin cannot withhold any of the funds that have been raised.

By using Tallycoin, Bitcoin donations may be made both on-chain and over the Lightning Network, allowing for more efficiency. Go Fund Yourself has been the slogan used in the campaign.

Looking at the Bitcoin price chart, we can see that BTC has registered a marginal increase during the ongoing session. If the current sentiment persists, we could see BTC push to $42,000.