The Bitcoin price has started the week in the green, as buyers continue to push BTC higher, increasing marginally during the current session. On Friday, BTC had surged by over 11%, moving past the 20-day SMA and rising to $41,623. The weekend saw BTC register a minor drop on Saturday before recovering on Sunday, rising by over 2% and settling at $42,409. The current session sees BTC at $42,660, with buyers looking to push the price higher.

The Bitcoin price started the previous weekend on a fairly positive note, rising by 1.60% on Friday and then registering an increase of 1.31% on Saturday to settle at $38,286. However, BTC fell back on Sunday, dropping by 0.89% and ending the weekend at $37,944. The week started on a positive note as BTC pushed up by 1.42% on Monday, moving to $38,482. On Tuesday, the price continued to push higher, registering a marginal increase but fell back on Wednesday, falling by nearly 5% and dropping to $36,986. 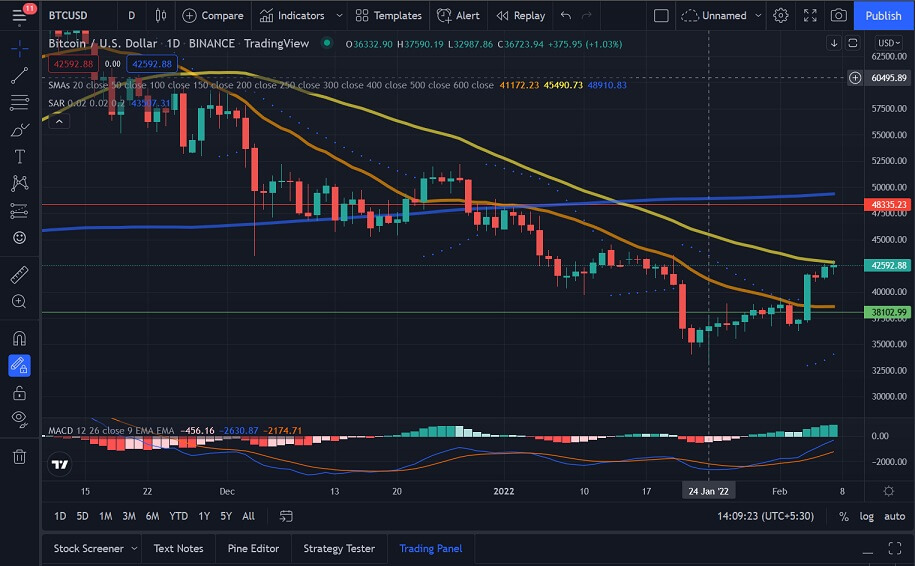 After dropping by nearly 5% on Wednesday, the Bitcoin price recovered on Thursday, registering a marginal increase of 0.98%. Friday saw BTC register a significant increase, as it surged by over 11%, moving past the 20-day SMA and settling at $41,623. Despite the bullish sentiment, BTC registered a marginal drop on Saturday, falling marginally before recovering on Sunday, rising by over 2% and settling at $42,409. The current session sees BTC marginally up, as buyers look to push BTC to $43,000.

Looking at IntoTheBlock’s IOMAP for the Bitcoin price, we can see that BTC faces strong resistance at around $48,385. At this price level, over 2 million addresses have sold more than 1 million BTC. 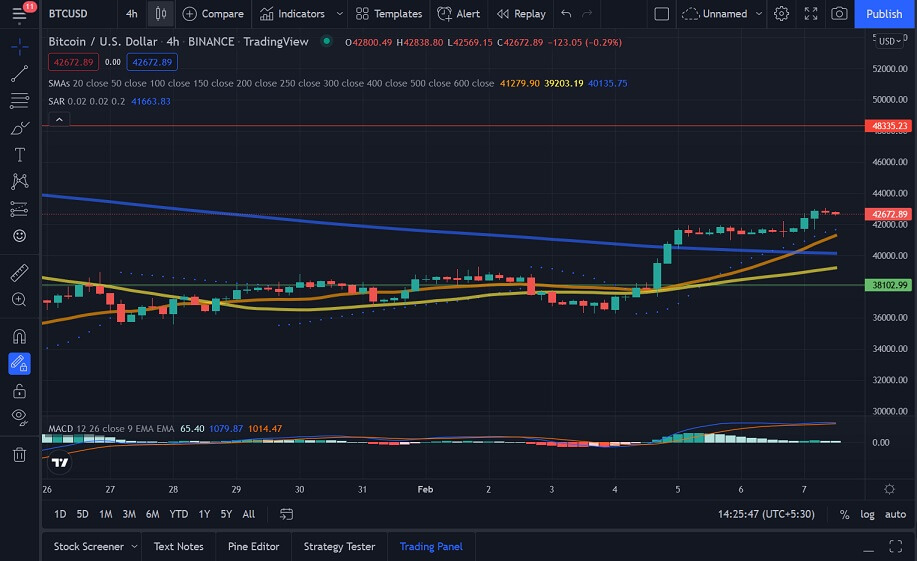 Cryptocurrency exchange Kraken recently announced the results of a proof-of-reserve audit, showing that it holds over $19 billion worth of Ether (ETH) and Bitcoin (BTC). As per a blog post, the audit was conducted by Armanino LLP, a consulting and technology firm in the US.

The results did not include other assets – just BTC and ETH, including the $3.5 billion worth of ETH held in Kraken’s staking service, an ETH 2.0 validator.

"This is the second independent audit conducted on the exchange since 2014. According to Armanino, the audit took several years of work to reconstruct a Merkle tree – a mathematical data structure that encapsulates hashes of different blocks of data – and prove every coin was on spot."

"Security and transparency for our customers has been at the core of our culture as a company and the core of our practices and operations from the very beginning. Regular Proof of Reserves audits will demonstrate that, for Kraken, our client security and safety are a top priority.”

The exchange is now implementing auditing standards to let clients verify that their BTC and ETH balances are backed by assets held in the exchange’s custody. Any client can independently verify their balances by comparing select pieces of data with the Merkle root. However, the verification will only reflect the current state of the supported assets.

Looking at the Bitcoin price chart, we can see that BTC has been quite bullish since Friday and is marginally up during the ongoing session. If buyers can continue to push the price higher, we could see BTC move to $43,000. However, if sellers retake the session, BTC could drop below $42,000.