The Bitcoin price continued to drop during the current session, falling marginally on Sunday and slipping below $60,000. BTC has been quite bearish lately and had registered a drop of almost 6% on Thursday, as the price fell below the 50-day SMA. However, the price recovered on Friday as it rose by over 2% to settle at $58,139. The price continued to move up on Saturday, as the price pushed up to $59,914 before falling back into the red on Sunday.

The Bitcoin price had started the previous weekend on a bearish note, as the price registered a drop of 1.09% on Friday. The price recovered on Saturday, as it registered a marginal increase, before pushing up by 1.75% on Sunday and ending the weekend at $65,909. Despite the bullish sentiment over the weekend, BTC started the week on a bearish note, dropping by over 3% on Monday and settling at $63,477. BTC continued to drop on Tuesday, as it slipped below the 20-day SMA and settled at $60,257 before posting a marginal recovery on Wednesday. 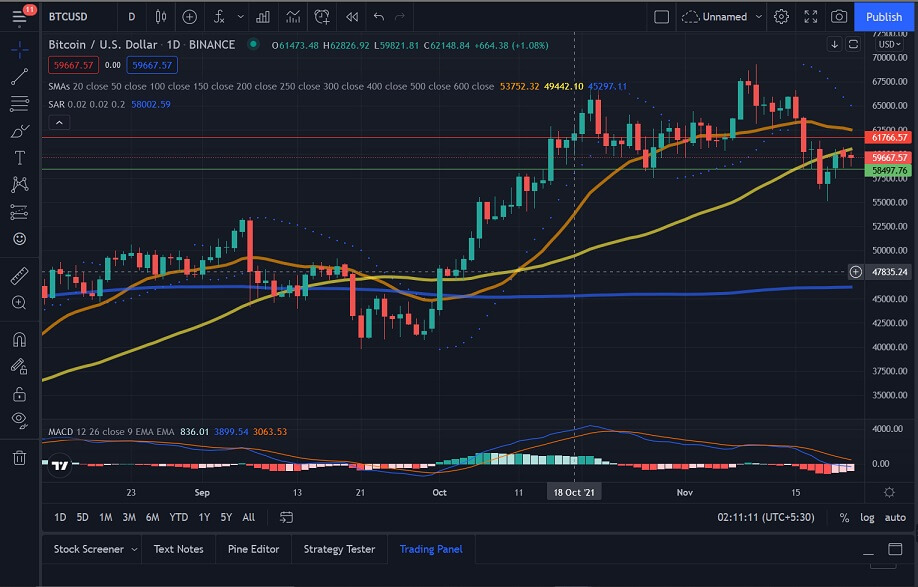 The 4-hour Bitcoin price chart shows that BTC had slipped below the 20 and 50-bar SMAs on the 15th. BTC continued to remain bearish, as the price dropped below the 200-bar SMA on the 16th, falling to $59,006. BTC made a marginal recovery from this level, as the price rose to $60,922m before turning bearish again and dropping to $55,906. BTC recovered from this level, as it pushed up to 58,848, settling just above the 20-bar SMA. The price dropped marginally from this level before rising to $59,660. With the 20-bar SMA now acting as support, BTC was able to stay at the level, with the current price at around $59,760.

We can see that the MACD and the Parabolic SAR are both bullish, indicating that we could see the price push up during the current session. 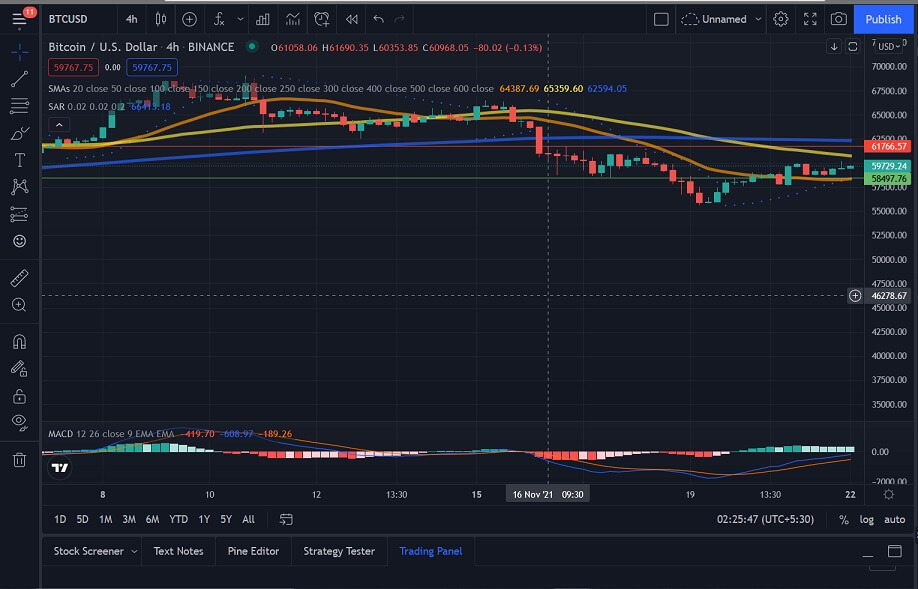 “In #BitcoinCity we will have digital and technological education. Geothermal energy for the entire city and efficient and sustainable public transport."

The development of Bitcoin City will see the proactive involvement of prominent crypto companies, including cryptocurrency exchange Bitfinex and Adam Back’s Blockstream. According to Bitfinex CTO Bitfinex Paolo Ardoino, the exchange will support El Salvador’s Bitcoin City initiative by launching a securities platform to hold the Bitcoin bonds. He added:

“[The platform] will soon be home to many local and foreign digital assets offerings developing new digital asset regulation for the country! El Salvador, Bitfinex and Blockstream are making history together.”

The president envisions Bitcoin City to become a fully functional city with residential areas, shopping centers, restaurants, a port, “everything around Bitcoin.” At the conference, Blockstream’s chief security officer Samson Mao clarified the feasibility of sourcing the $1 billion Bitcoin bonds:

“With Bitfinex, they have a lot of whales. I don’t see a problem filling up a $1 billion bond.”

Looking at the Bitcoin price chart, we can see that BTC has dropped during the current session, with buyers and sellers struggling to take control of the session. If buyers manage to retake the session, we could see BTC push past $60,000. However, if sellers retain control, then we could see BTC drop below $59,000.