The Bitcoin price has pushed past the $44,000 level during the ongoing session, as buyers took control of the session. BTC was quite bearish over the weekend, after dropping by 2.55% on Friday and falling to $42,410. BTC remained in the red over the weekend, registering marginal falls on Saturday and Sunday and ending the weekend at $42,106. Despite the bearish sentiment, BTC recovered on Monday, rising by 1.08% and moving to $42,561, before going past $44,000 during the current session.

The Bitcoin price started the previous weekend on a fairly bearish note, registering a marginal drop on Saturday before recovering on Sunday, rising by 2.39% and ending the weekend at $42,409. Monday saw BTC remain bullish, as the price pushed up by 3.49%, going above the 50-day SMA and moving to $43,887. The price continued to push higher on Tuesday and Wednesday, rising by 0.52% and 0.72%, respectively, and moving to $44,434. 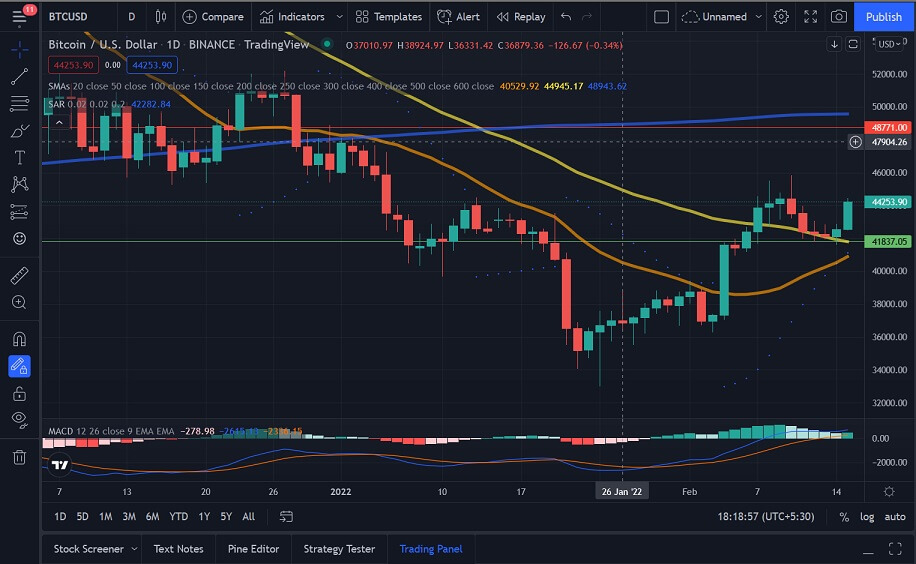 IntoTheBlock’s IOMAP for the Bitcoin price shows us that BTC faces strong resistance at around $48,788. At this price level, over 1.6 million addresses have sold more than 994,000 BTC.

The 4-hour Bitcoin price chart shows us that BTC had pushed up to $44,508 on the 9th. BTC continued to push higher from this level, pushing up to $45,034 on the 10th. However, BTC fell back significantly after reaching this level, slipping below the 20-bar SMA and falling to $43,384. The price registered a marginal recovery from this level but could not push above the 20-bar SMA. BTC fell back significantly, dropping below the 50-bar SMA and falling to $42,172 on the 12th. With the 50 and 20-bar SMAs acting as resistance, BTC stayed at this level for the next few sessions and was able to push past the 20 and 50-bar SMAs on the 15th when it rose to $43,574 and then to its current level of $44,198. 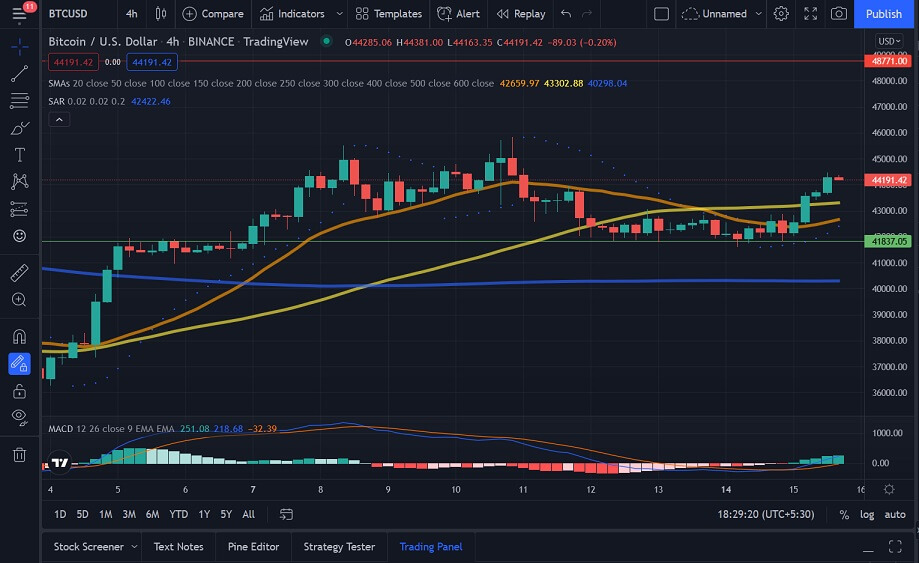 Following an extensive advertising effort that led to a significant increase in demand for the Crypto.com Coin (CRO), the Singapore-based platform has grown into one of the top ten largest cryptocurrency exchanges by trading volume.

The number of new holders of CRO, the native token of Crypto.com, has continued to see a steady rise in the last month, even after the platform was recently hacked on January 17.

Crypto.com suspended withdrawals when users noticed funds leaving their accounts on January 17, nevertheless as illustrated, the number of CRO holders has continued to rise in the last 30 days, despite the theft of $30 million in assets stolen from 483 users’ crypto wallets.

Initially, the issue was first referred to as “an incident,” and the firm said that “no client funds were lost.” Ultimately, the platform refunded customer losses and said that it “prevented unlawful withdrawals” in the vast majority of cases.

Crypto.com claims to have strengthened its security measures and enlisted the help of third-party auditors to further analyze its overall security position. However, the firm did not disclose any specifics on the upgrades.

The US Treasury Department has cleared up the uncertainty surrounding the definition of a cryptocurrency “broker” in the Infrastructure Bill.

The bill stated that cryptocurrency brokers will have to report transactions worth a value of $10,000 or more to the Internal Revenue Service from January 2023.

The Treasury, which oversees the IRS, issued a statement confirming that a cryptocurrency “broker” does not include miners, validators, and other participants that do not have access to users’ data. In a letter, Yonathan C. Davidson, Assistant Secretary of the Treasury Department, wrote to Senator Rob Portman to say that “ancillary parties who cannot get access to information that is useful to the IRS are not intended to be captured by the reporting requirements for brokers.”

"Appreciate the Treasury Department affirming that crypto miners, stakers and those who sell hardware and software for wallets are not subject to tax reporting obligations. As I have said from the start, this requirement only applies to brokers."

Since its introduction last year, the Infrastructure Bill has sparked fears across the crypto sector. The concerns mainly stem from the broad definition of a “broker,” which refers to parties that engage in “effectuating transfers” of cryptocurrencies.

It was speculated that the definition might extend to miners, validators, token stakers, and DeFi developers. These groups do not collect user data for tax reporting. If they were defined as a broker, it would be virtually impossible to comply with tax reporting rules. With the latest update from the Treasury, it has become clear that the broker term will only apply to crypto exchanges that have access to users’ transaction data.

Looking at the Bitcoin price chart, we can see that BTC has been relatively bullish during the ongoing session. If the current sentiment persists, we could see BTC push towards $44,500.