Bitcoin Technical Analysis: BTC Back In The Red After Moving Above $48,000

The Bitcoin price fell back in the red during the current session, as the price dropped off marginally after Tuesday’s increase. BTC had ended the weekend on a fairly positive note, as the price pushed above $50,000 on Sunday. However, Monday saw a drastic fall, as BTC dropped by over 7%, slipping below the 200-day SMA. However, the price recovered on Tuesday, rising by over 3% and settling at $48,340.

The Bitcoin price started the previous week fairly bullishly, rising by almost 2% on Monday. BTC remained bullish on Tuesday, as it registered an increase of 0.95% and then registered a marginal increase of 0.22% on Wednesday, rising to $50,669. However, Thursday saw BTC crash, as the price dropped by over 5% to $48,042, before another marginal drop took the price to $47,304, just above the 200-day SMA. 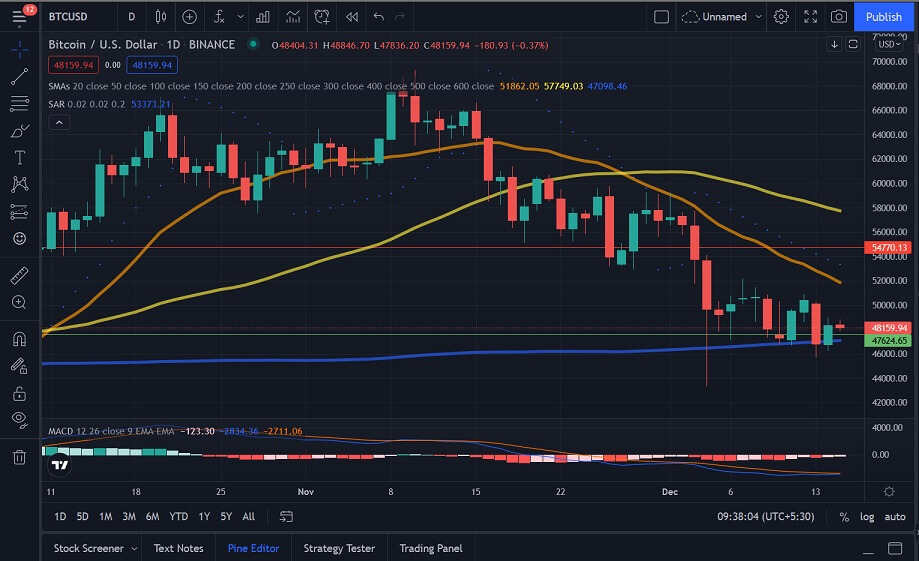 We can see that the Parabolic SAR and MACD have both flipped to bullish, indicating that we could see the price recover. 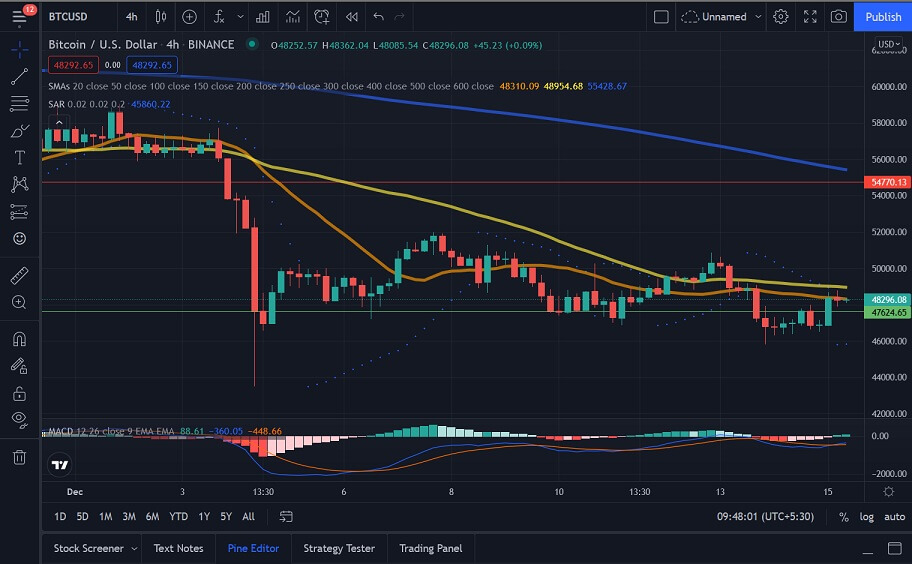 Looking at the Bitcoin price chart, we can see that BTC has dropped marginally during the ongoing session. We could see BTC drop to $48,000, although BTC could also recover and push towards $48,000.