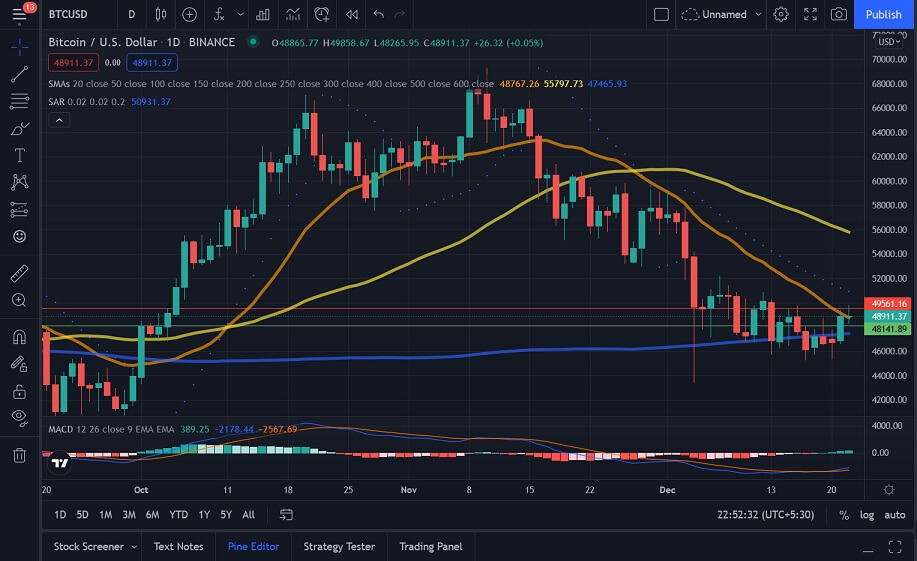 After falling to $46,131 on Friday, the Bitcoin price made a strong recovery on Saturday, as it pushed back up to $47,243. However, Sunday saw the price fall back in the red as BTC fell to $46,657. Monday saw BTC settle at $46,740 before rising by 4.59%, pushing above the 200-day SMA and settling at $48,885. The current session sees buyers and sellers vying for control, with the price down marginally. We can see that the Parabolic SAR is currently bearish, indicating that the price could drop further.

Looking at IntoTheBlock’s IOMAP for the Bitcoin price, we can see that BTC has strong support at around $48,159. At this price level, over 2.8 million addresses have bought more than 1.3 million BTC. 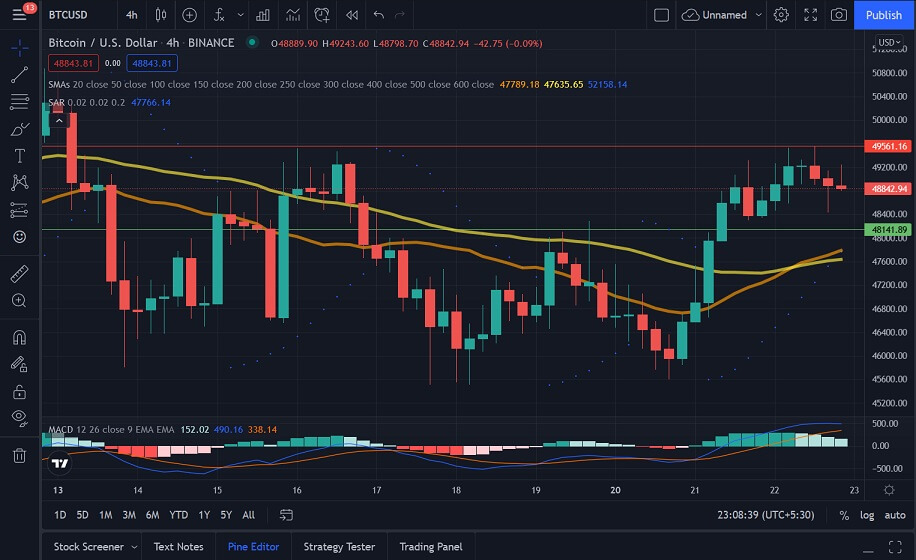 Quantitative analyst PlanB recently said that Bitcoin would experience a severe bear market despite claims to the contrary by other experts.

In a new interview on business and investment YouTube channel FamilyOffice, PlanB highlighted a few signals telling him that Bitcoin will eventually venture deep into bear territory.

“First of all, I’m one of the few that indeed thinks that there will be a next bear market, a crash like we’ve seen a couple of times before. A lot of people right now are saying that we are done with the four-year cycle, and we will not have that kind of volatility and that kind of deep bear markets anymore.

I think we will have those bear markets. You can see it in the option prices. It is priced in at 100% volatility. A couple of months ago, when China abandoned [Bitcoin] mining, we went down 50% or more. So we almost had it. We had a crash of 50% right there. So that tells me that 80% [correction] when something really big happens is not out of the question yet.”

PlanB noted that the next crash is likely to happen after Bitcoin reaches the price targets of his stock-to-flow (S2F) and stock-to-flow cross-asset (S2FX) models. The stock-to-flow model predicts an asset’s price by dividing the existing supply with the new supply entering the market annually.

Meanwhile, the stock-to-flow cross-asset model (S2FX) looks at Bitcoin’s phase transitions from proof of concept to a financial asset to evaluate BTC. The analyst concluded that FOMO (fear of missing out) and greed is not likely to exit the crypto space.

"If we for example hit the $100,000 level a couple of months from now… people will FOMO in, and it will go up. Then after that, something horrible happens: another ban, another China ban or India ban or something. Everybody’s scared again and the fear sets in. So I guess that fear and greed is never going away in Bitcoin.”