The Bitcoin price is only marginally up during the ongoing session, as BTC looks to continue its recent positive streak. On Wednesday, BTC had registered a marginal drop, falling by 0.34%, before recovering on Thursday and rising by 0.86%, moving to $37,197. BTC continued to push higher from this level, rising by 1.60% on Friday and moving to $37,793. The weekend saw BTC remain in the green, registering an increase of 1.31% on Saturday and moving above $38,000, settling at $38,286. 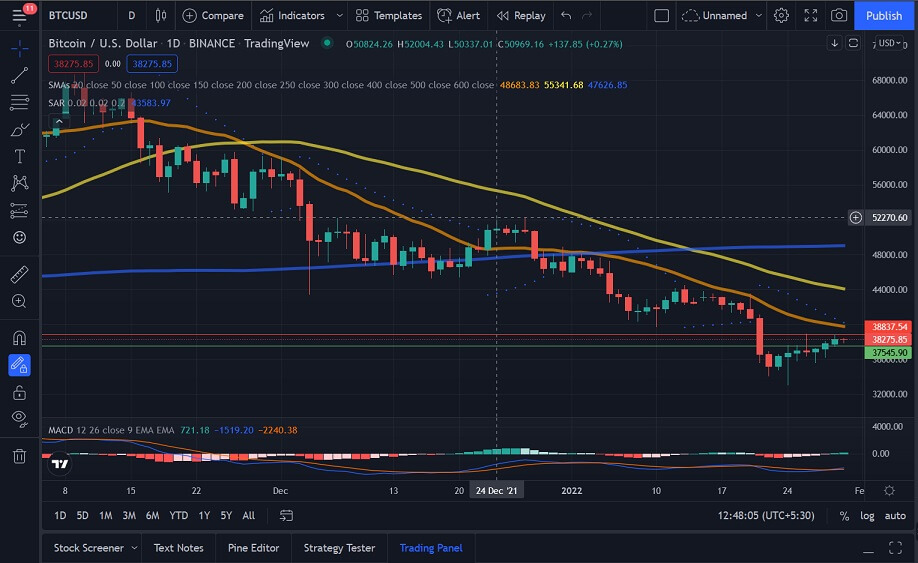 Looking at IntoTheBlock’s IOMAP for the Bitcoin price, we can see that BTC has strong support at around $37,517. At this price level, over 1 million addresses have bought more than 676,000 BTC. 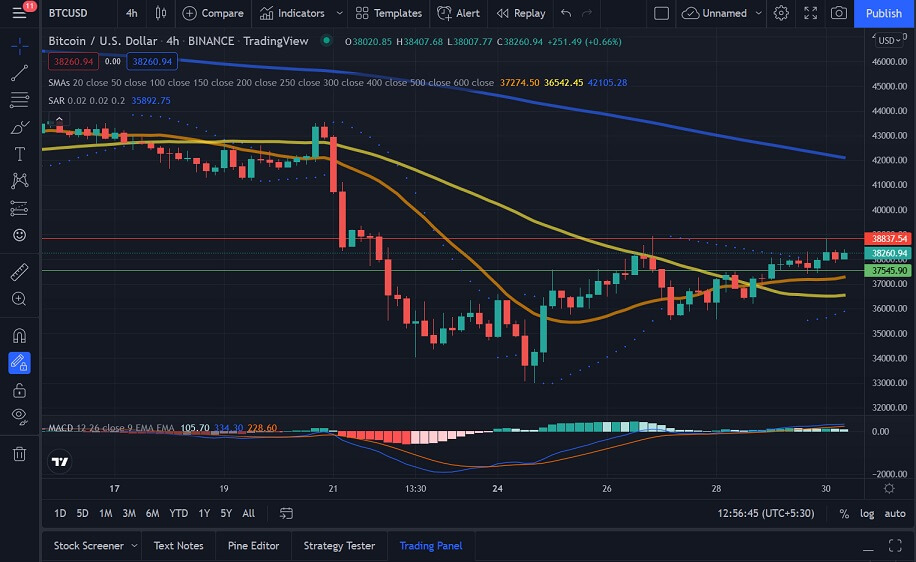 According to the Akron Beacon Journal report, LeBron James and Crypto.com have teamed up to teach kids about crypto technology and how it could impact their lives. The roughly 1,600 children at the four-time NBA champion’s I Promise School will learn about crypto and career fields related to the space from experts provided by Crypto.com. The education initiatives will extend to the students’ families.

“Blockchain technology is revolutionizing our economy, sports and entertainment, the art world, and how we engage with one another. I want to ensure that communities like the one I come from are not left behind.”

The deal follows Crypto.com’s purchase of the naming rights to the Staples Center in Los Angeles in November as part of a 20-year, $700 million deal. The venue (home of the NBA’s Lakers and Clippers, the NHL’s Kings, and the WNBA’s Sparks) was renamed Crypto.com Arena on Dec. 25.

The company also made a big marketing splash when aired a television spot starring Matt Damon in October. After the crypto exchange set out to build its brand awareness last year the company is focusing more on educating users and telling stories in 2022, Chief Marketing Officer Steven Kalifowitz told Blockworks in December.

Crypto.com is not the only company in the space attracting star athletes. Crypto derivatives exchange FTX has partnered with Tom Brady, Stephen Curry, and Shohei Ohtani.

Voyager Digital intends to produce more video content and build partnerships outside of the sports world this year. The firm partnered with Rob Gronkowksi last September.

The ongoing Bitcoin price volatility has significantly contributed to record addresses going into losses as the market anticipates a future price rally.

Bitcoin addresses in loss metric measures balances of assets transferred into a wallet at an average price higher than the current price.

The wallets mostly make up retail investors who account for a significant share of the cryptocurrency market. The number of Bitcoin addresses in loss on a seven-day moving average (7d MA) recently attained a 21-month record high of 13,710,192.887, data by blockchain data analysis platform Glassnode indicated.

Notably, for the better of the last 21 months, Bitcoin has had several episodes of a price rally coupled with record high price levels. However, the asset has been undergoing volatility since November 2021’s peak of almost $68,000.

Elsewhere, a significant share of addresses in loss increases the possibility of holders retaining the asset in anticipation of a price rally, presenting an opportunity to sell for profit.

Worth mentioning, most market analysts hold the consensus that Bitcoin will likely rally in the future, asserting that the current correction is near term. For instance, cryptocurrency exchange Coinbase has maintained that the current price movement does not translate to the 2018 crypto winter while projecting a bright future for most assets.

The ongoing Bitcoin price volatility has also impacted the number of millionaire holders. According to a Finbold report, as of January 26, 2022, addresses with a Bitcoin balance of over $1 million stood at 87,953.

The Bitcoin price chart shows us that BTC has made a strong recovery over the past few sessions, reversing its bearish trend. However, the current session sees BTC marginally down, as buyers and sellers look to establish control. If sellers manage to retain the session, we could see BTC slip below $38,000, but if buyers retake the session, BTC could push above $39,000.