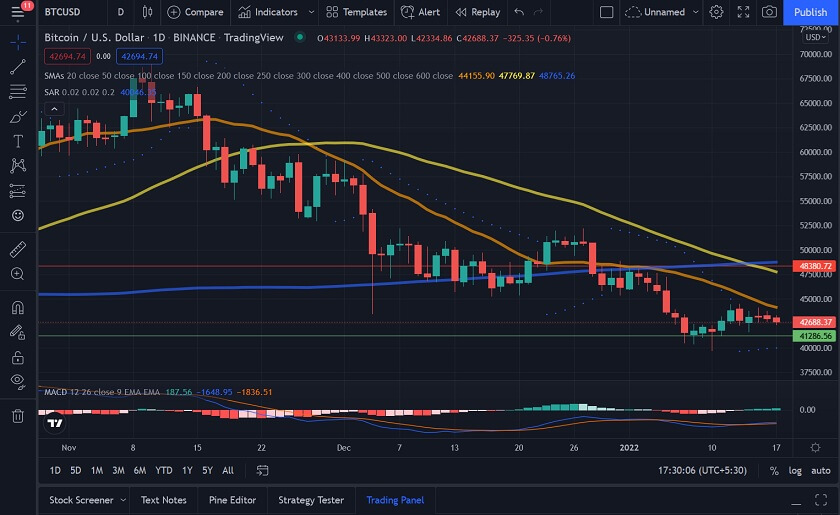 Looking at IntoTheBlock’s IOMAP for the Bitcoin price, we can see that BTC faces strong resistance at around $48,390. At this price level, over 2.2 million addresses have sold more than 1.1 million BTC.

We can see that the MACD is currently bearish, indicating that we could see BTC drop even further. 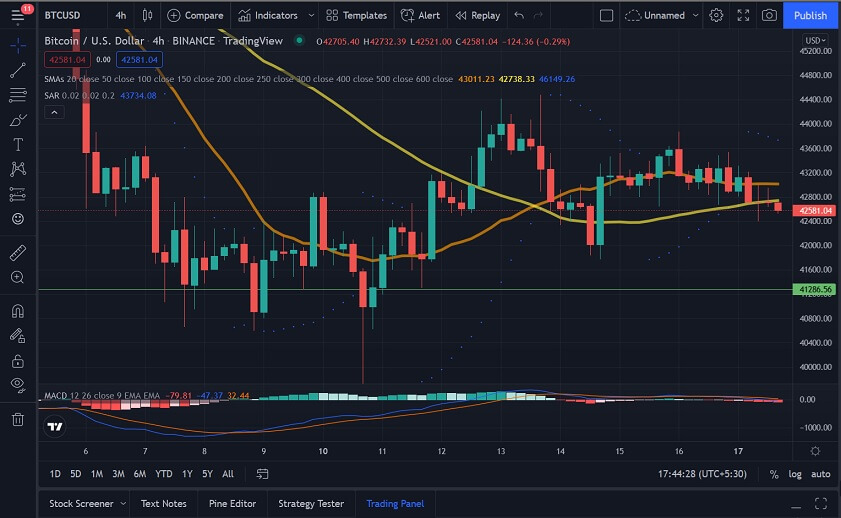 Digital asset ads in Spain will have to include a designated warning from February 2022, according to a paper release from the Comisión Nacional del Mercado de Valores (CNMV).

The paper outlined the new rules recently, indicating that the watchdog wants to “ensure that the advertising of the products offers true, understandable, and non-misleading content, and includes a prominent warning of the associated risks.”

It added that the cryptocurrency industry is non-regulated as of now, which could increase the associated risks. As such, individuals and outlets that advertise such services will have to include the following message at each post:

“Investments in crypto assets are not regulated. They may not be appropriate for retail investors, and the full amount invested may be lost.”

From now on, influencers with more than 100,000 followers should provide their planned advertisements to the CNMV at least ten days ahead of the publication for approval.

The circular will become effective a month from now – on February 17th, 2022. Spain’s regulator issued a warning against Huobi and Bybit, two popular crypto exchanges last year. It alleged the duo for operating without a license. The authorities had then said:

“These institutions are not registered in the corresponding registry of this Commission, and, therefore, are not authorized to provide investment services or other activities subject to the CNMV’s supervision.”

Looking at the Bitcoin price chart, we can see that BTC has been quite bearish since the weekend, with the price down by over 1% during the current session. If the current sentiment persists, we could see BTC drop to $42,500 and then make a recovery.