Can LEO Be Trusted?

LEO or UNUS SED LEO is the new utility token launched by Bitfinex and can be used to get a discount on crypto to crypto pairs when trading.

The purpose of the coin is to raise money in an IEO (Initial Exchange Offering) and recover approximately $850 million which was borrowed from Tether, plus 6.5% interest.

Many critics are unsure if they can trust LEO because of the past actions taken by Bitfinex and Tether who are both highly controversial.

That said, Bitfinex has launched similar projects before successfully with BFX, though the method in which they did it breached users trust.

Will they manage to pull it off again? Can traders still trust Bitfinex and LEO? Let’s find out.

What is LEO trying to achieve? 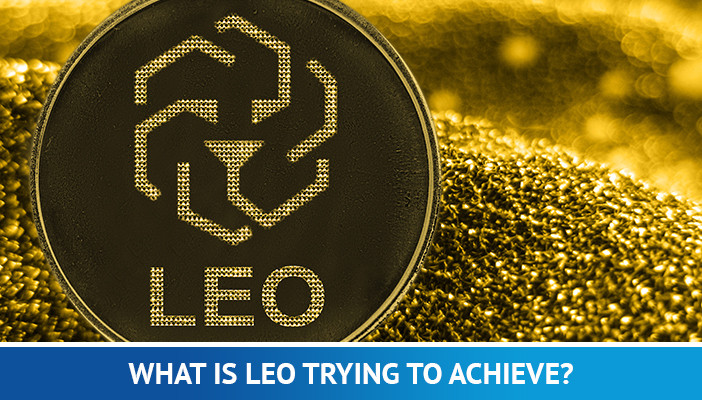 To understand what LEO is attempting to achieve we first need to look at the scandal surrounding Bitfinex and Tether.

Bitfinex and Tether are tied together because they have the same parent company iFinex, and Bitfinex has had a long history of banking issues having accounts closed and changing them frequently.

It should be mentioned though that this issue doesn’t just affect the Bitfinex exchange, many exchanges have run into similar issues.

The key issue that started it all was when Bitfinex’s payment provider, Crypto Capital lost approximately $850 million of their money.

The circumstances around why the money went missing are still unclear, though it is claimed by Crypto Capital that it has been seized by Portugal, Poland and the USA.

Supposedly two of these three countries have denied this, and Crypto Capital has been linked to several suspicious companies.

It is then believed that Bitfinex borrowed the money from Tether’s reserves to cover the losses or the exchange would have to stop functioning.

This, in turn, meant that Tether was no longer entirely backed by the US dollar.

To repay Tether, Bitfinex launched an IEO with its new token LEO. The name LEO comes from the company’s motto: “One, but (it’s) a lion”.

Money raised in the IEO will go towards making Tether whole again (currently it is only 74% backed by US dollars), working capital, and business purposes.

With the LEO IEO, Bitfinex aims first to raise $1 billion from private investors and the remaining will be offered to retail investors.

However, most of the $1 billion has already been raised and so it is not likely that the IEO will open to retail investors.

Bitfinex has launched similar projects to this before and been successful, however, the circumstances have breached users trust.

In 2016, Bitfinex was hacked and lost approximately $60 million in Bitcoin and in response launched the BFX coin.

Bitfinex was able to raise enough money to cover the losses, helped tremendously by the 2017 bull market.

All holders of BFX coin were refunded 100% in US dollars. However, it is worth pondering if they would still be able to do have done this if the market hadn’t reached such highs.

Further to that, the BFX token was forced upon users who experienced loses of up to 36%.

This raises questions about what Bitfinex would do if a similar situation were to happen again with LEO tokens and potentially if they could take ownership of other people’s LEO tokens.

How does LEO work? 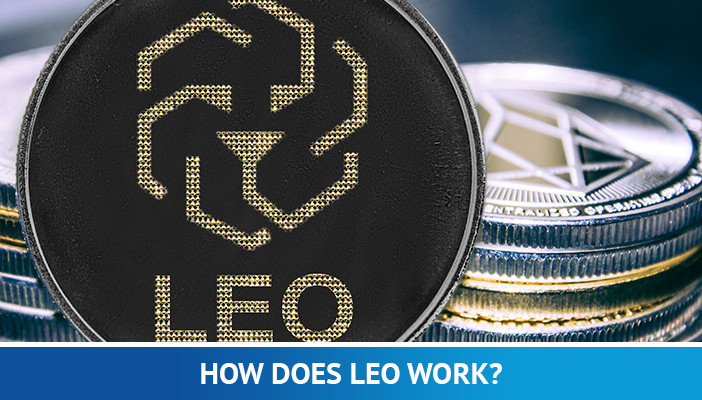 LEO is an exchange utility token like Binance Coin and works in much the same way with little in the way of technical features such as smart contracts or dApps.

Holders of LEO tokens can get 15% off taker fees from crypto to crypto pairs and an additional 10% off for those that have over 5,000 LEO tokens.

This matches Binance Coin’s 25% off when you trade through their exchange.

Binance Coin was going to lower this to 12.5% and it may be likely that they kept the discount to 25% to remain competitive with Bitfinex.

LEO can also be used to reduce other fees on lending, deposits and withdrawals as well.

Like Binance Coin, LEO will also go through a token burning event where Bitfinex will buy back LEO coins with their monthly revenues.

Eventually, they plan to reduce the total supply of LEO tokens to 100 million.

LEO will have a maximum of 1 billion coins, which fits in with their efforts to raise $1 billion US dollars as each coin was worth approximately $1 on release.

It should be mentioned though that LEO can only be purchased through Tether (USDT), which is perhaps the way they intend to return what was borrowed.

How has LEO performed?

Looking at how LEO has performed historically, it was relatively higher against Bitcoin than the US dollar at the beginning.

This all changed in July 2019, when the market cap shot up and reached its first initial high of $1.8 billion and a short time after, LEO was higher against the US dollar than Bitcoin.

Not long after, LEO rose to its highest market cap of almost $2 billion. Since then, LEO has gradually declined in value and stabilised around $1.30 per coin range.

Currently, one LEO coin costs $1.24 and is the 12th largest cryptocurrency on CoinMarketCap.

An important thing to point out is that Bitfinex has been struggling for quite a while. If LEO is successful, it may give the exchange the boost it has been looking for.

Is LEO worth investing in? 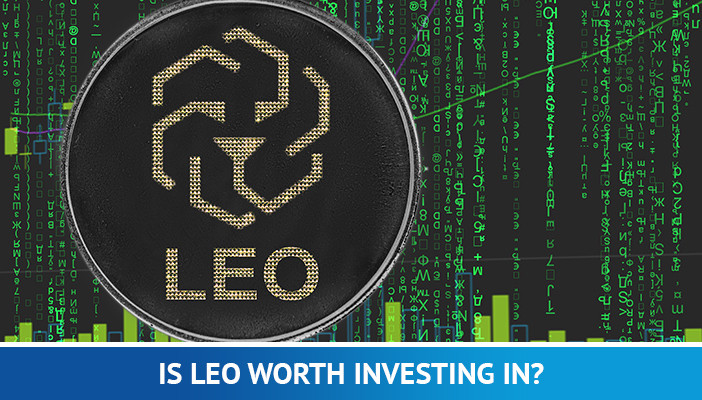 LEO, following the steps of Binance Coin, maybe a huge success if people use it to trade on Bitfinex exchange.

Those interested in the coin should remember that it doesn’t offer anything in terms of smart contracts or dApps.

It will most likely only be used for a short while with most of the supply likely burned in a few years.

As Bitfinex burns more LEO tokens, the value will also increase as they become scarcer. So, it may be wise to hold on to LEO tokens until their value rises.

If Bitfinex does well, it will burn more each month, increasing the price more, making them more profitable to sell.

However, most traders will most likely only be able to buy LEO from exchanges and will not likely be able to take part in the IEO.

For US citizens it will be hard to get hold of because they cannot access Bitfinex and LEO tokens are not allowed to be sold to them.

This is very important because US cryptocurrency traders represent a large part of the market.

Can LEO and Bitfinex be trusted?

The issue of trust should also be raised as well.

Bitfinex, Tether and iFinex are still shrouded in controversy and many are still unsure if they can be trusted at all.

The legal case against iFinex by the New York Attorney General may have been the catalyst that led to LEO being formed as it urgently needed to cover potentially suspicious behaviour.

If we go back further than recent times, we only found out that Bitfinex and Tether were owned by the same parent company because of the paradise papers.

Previously, the two claimed not to be connected.

To make things worse, Bitfinex did not tell investors or holders of Tether about the loan, further breaching peoples trust in both organisations.

Another thing to point out is that Bitfinex is not a regulated exchange and some have suggested that they may want to keep things this way because they can get away with more.

A good alternative to LEO would be Binance Coin. The Binance exchange is a lot more trusted, moves much larger volumes of cryptocurrency.

On top of that, Binance Coin offers up to 25% off while LEO users will need to possess at least 5,000 LEO tokens to get the same discount, which makes trading with Binance coin cheaper.

Learn to trade LEO with our cryptocurrency course