Cardano Price Analysis: ADA Back In The Red After Surging Almost 12% on Saturday

The Cardano price has started the week on a bearish note, with ADA currently down by almost 2%, with sellers looking to push the price down to $1.30. ADA had dropped significantly on Friday, as it registered a fall of over 6% and settled at $1.21. However, the price pushed up significantly on Saturday as ADA recovered, rising by 11.81% and settling at $1.35. However, the ADA fell back into the red on Sunday, registering a marginal drop, before falling back further on Monday.

The Cardano price started the previous weekend on a reasonably bearish note, with ADA registering a drop of 8.66% on Saturday. On Sunday, the price remained in the red, as it fell by almost 3%, falling to $1.38. Monday saw the price post a recovery, with ADA rising by 3.04%, but fell back by almost the identical percentage on Tuesday and dropped right back to $1.38. Wednesday saw ADA post a slight recovery, as it rose by 1.23% and settled at $1.39 before falling significantly on Thursday. 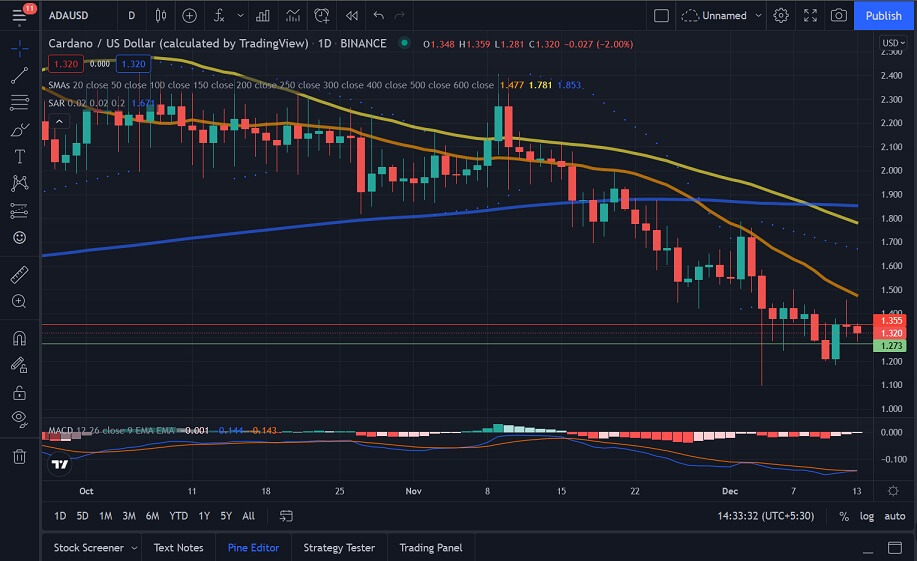 After pushing up to $1.39 on Wednesday, the Cardano price dropped significantly on Thursday when it dropped by almost 8%, falling to $1.29. The price continued to drop on Friday, falling by just over 6% and settling at $1.21. The weekend saw ADA make a strong recovery, as the price rose by almost 12% on Saturday, with ADA moving up to $1.35. However, the price was back in the red on Sunday, registering a marginal drop, before continuing to drop during the ongoing session, with the price currently at $1.31.

Looking at IntoTheBlock’s IOMAP for the Cardano price, we can see that ADA has strong support at around $1.27. At this price level, over 183,000 addresses have bought over 6 billion ADA.

We can see that the MACD is bullish, indicating that we could see the price rise. However, if ADA drops, we could see it flip to bearish. 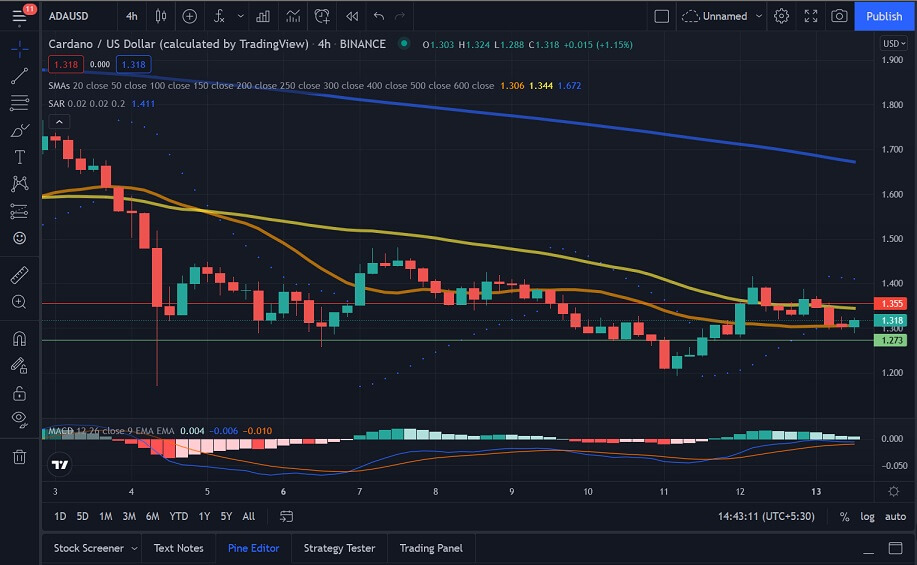 Looking at the Cardano price chart, we can see that ADA has fallen considerably during the ongoing session. However, we have seen ADA reverse its losses marginally, although the price remains in the red. If sellers manage to retain the session, we could see ADA drop below $1.30, but if buyers take the session, ADA could test the resistance at $1.35.