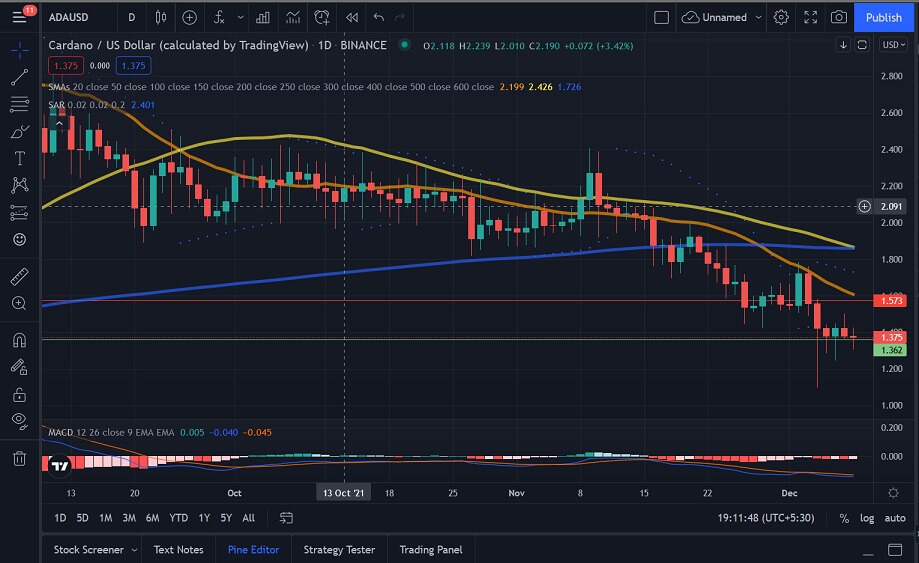 After dropping to $1.55 on Friday, the Cardano price continued to drop over the weekend, falling by 8.66% on Saturday. Sunday saw ADA continue to drop, falling by almost 3% and settling at $1.38. Despite the bearish sentiment, the price pushed up on Monday, rising by over 3%. ADA fell back on Tuesday, falling by 3.02% and settling at $1.38. The current session sees ADA marginally down as buyers and sellers struggle for control.

We can see that the Parabolic SAR is currently bearish, indicating that we could see the price drop further, although ADA has strong support at around $1.35.

Looking at IntoTheBlock’s IOMAP for the Cardano price, we can see that ADA has strong support at around $1.35. At this price level, over 200,000 addresses have bought more than 4.3 billion ADA. 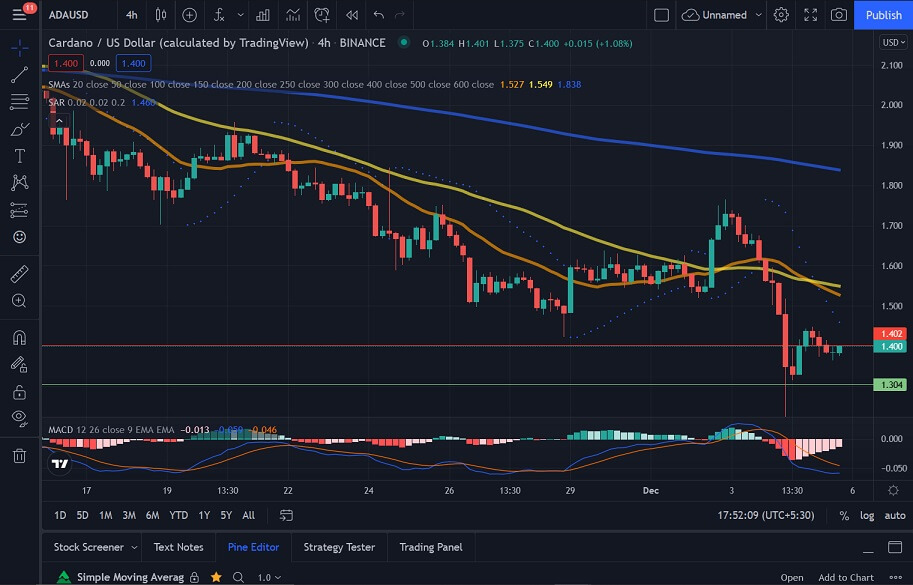 In a recent AMA session, Cardano founder Charles Hoskinson addressed a pressing issue in the crypto space. Cardano has been subjected to many hateful comments all-around social media, especially since its token ADA began its two-month-long decline. To this end, Hoskinson wants everyone in the crypto industry to start getting along.

“The one thing I want for Christmas is for everyone to start getting along in our industry. It’s extraordinary to me that when people are so close in philosophy and viewpoint, and in some cases technology, they can be so far apart as people. It’s extraordinary.”

Hoskinson also addressed the systems that have kept investors against each other for years. He said that the crypto space experiences this more prominent as other industries do not see as much hate between each other as the crypto industry. He added:

“You don’t see this in other industries. You don’t see in physics or biology, or cellphone manufacturing, or whatever, pick an industry, the amount of tribalism, hate, and vitriol that our industry has for each other.”

The founder explained that as long as people keep hating each other, there will be no way to fight the real enemy, which he identified as the legacy systems. He said this system has held down three billion people and will continue to do so. The founder also acknowledged that this will not be easy as there will always be those who try to divide others in the space.

“That has to stop and the only way it’s going to stop is if we get better systems that are more fair. And the only way we do that, is we have to work together. So, we’ll see, 2022, whether that’s accomplished.”

Looking at the Cardano price chart, we see that ADA has strong support at around $1.35. We could see the price recover from this level and push back towards $1.40.